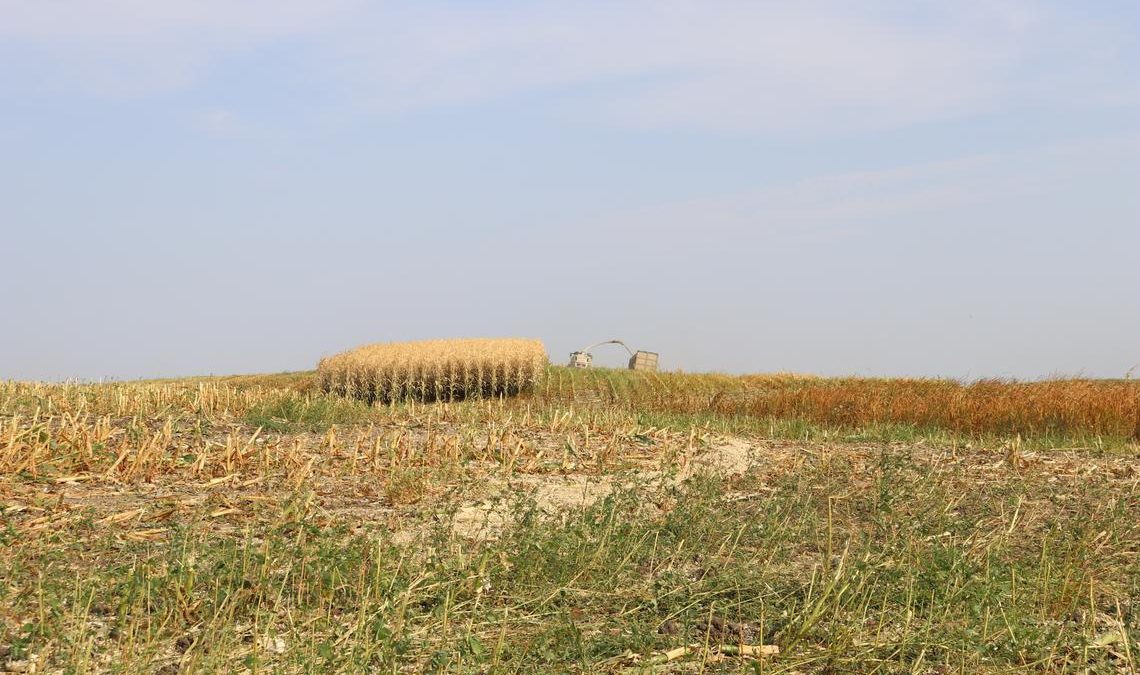 “Last year was painful,” he said.

Reierson runs a custom chopping operation on the side of farming and ranching with his dad, Wayne, in Pollock, S.D. On Sept. 23, he finished up a series of jobs in central North Dakota and was loading up his crew to head back to Pollock to chop some more of his own corn.

The frost, which hit Sept. 8 and 9, had ended the growing season for many in the two states, but Reierson said most of the corn is “hanging in good,” though producers are “panicking” about it getting too dry.

Corn for silage is chopped — stock and all — and either packed into piles or put into silos. It then is used as livestock feed. The feed needs enough moisture to properly ferment, and the frost dried some up prematurely. However, Reierson said he’s seen moistures from about 55% to more than 70%, which should allow for proper fermentation.

Reierson’s last North Dakota job was near Medina, N.D., in Stutsman County. That’s the farthest east he’s ever chopped, and he could have picked up more jobs in the area had he not needed to get back to Pollock to do some more of his own acres before it deteriorated too much because of the frost. His custom work had gone well, machinery-wise, though the clutch went out on a truck on Sept. 22.

Reierson said most producers he’s chopped for in 2020 are a “year behind” in most tasks after the wet, frustrating fall of 2019.

“Everybody’s got manure in the lots yet, calves still in the feedyard some places,” he said. “Everybody’s just still trying to catch up.”

Chopping in 2019 meant using a safety pull on four-wheel-drive tractors to get every truckload of silage out of fields, Reierson said. He was still chopping with snow on the ground in December 2019. That has meant that the 2020 season, even with the rush of chopping frost-damaged fields, has been a far better experience.

“It’s been better than last year,” he said. “I don’t know if I’d keep doing it if we had to pull every load out.” 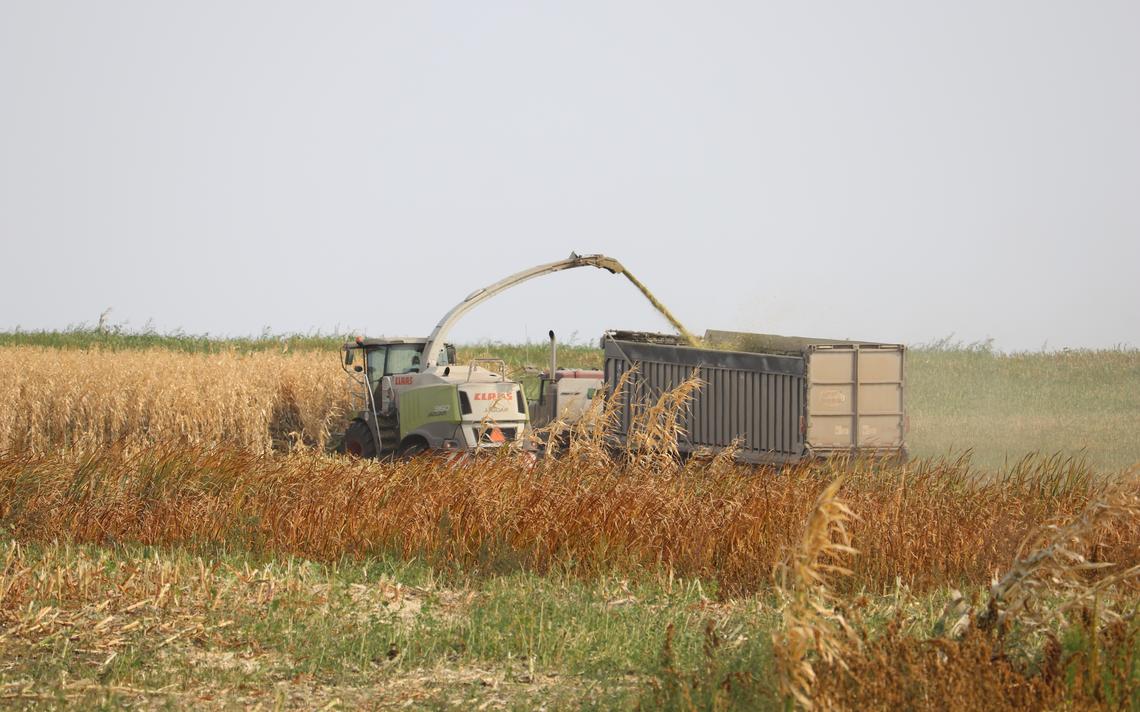 Jordan Reierson said an early frost had pushed corn along more than many producers liked, but 2020 has still been an easier chopping season than 2019. (Jenny Schlecht / Agweek)

The North Dakota Department of Agriculture on Sept. 25 announced that it had added custom corn choppers to its Harvest Hotline after receiving several calls from producers seeking custom corn chopping.

Department of Agriculture employees answer calls to the hotline weekdays from 8 a.m. to 5 p.m. Callers can also leave a message on evenings and weekends. The service is free of charge. A self-service Harvest Hotline map is also available. The map can be found by clicking on “Harvest Hotline” at http://www.nd.gov/ndda.