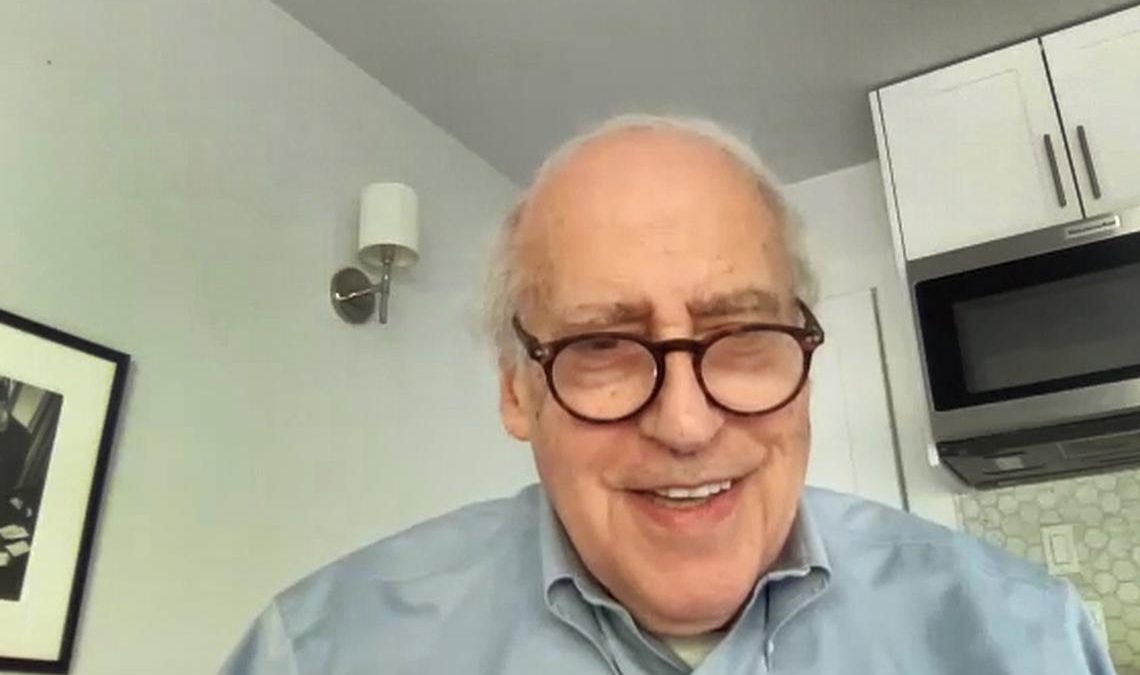 And humor — lots of humor.

These are some of the pillars to the career of former U.S. Secretary of Agriculture Dan Glickman, laid out in his autobiography, “Laughing at Myself: My Education in Congress, on the Farm, and at the Movies.” The book was released June 1, 2021, by the University of Kansas Press and is available through Amazon and various outlets.

Glickman, now 78, served 18 years in the U.S. House of Representatives. He then was U.S. Secretary of Agriculture from 1995 to 2001 in the administration of President Bill Clinton, who liked to introduce him as the first Jewish ag secretary.

Later, Glickman went on to be chief executive officer of the Motion Picture Association of America, was vice president of the Aspen Institute Congressional Program, a bipartisan conference group to study policies. He was a senior fellow at the Bipartisan Policy Center, a bipartisan policy group that promotes “civility in government,” and a board member of the World Food Program-USA. He remains on the board of the Chicago Mercantile Exchange.

In a Zoom interview with Agweek, Glickman, who now lives in Washington, D.C., said his success was from an ability to listen, to communicate ideas, and to compromise.

Glickman came from an immigrant Jewish family and grew up in the 1950s in Kansas. As a youth, Glickman said, he accompanied his father when visiting farmers and others, acquiring scrap iron. Glickman became a lawyer and started his career with the Securities Exchange Commission and eventually was a trial lawyer.

Glickman, trained as a lawyer, was elected to Congress in 1976, the year Jimmy Carter was elected president, defeating eight-term incumbent Rep. Garner Shriver, R-Kan. (Both candidates spent $100,000 in the race, versus $3 million to $5 million today, Glickman notes.)

In the book, Glickman admits he initially wanted to serve on the House Ways and Means or Appropriations committees, but was counseled by Myrne Roe, his chief of staff and his former high school debate coach, to focus on agriculture because of its economic and cultural impact in his district.

Former U.S. Sec. of Agriculture Dan Glickman, a Democrat and former congressman from Kansas, has published an autobiography, “Laughing at Myself: My Education in Congress, on the Farm, and at the Movies.” The book, released June 1, by the University of Kansas Press, is available through Amazon, Barnes and Noble, and other outlets. He recalls describes how moderate views helped agriculture. Submitted photo.

Roe noted that all of the people on the Agriculture Committee at the time were members from small rural states and mostly rural and farm districts. She urged him to go on that committee because — even though he had a lot of agriculture in the district — about half of his district was urban.

“She said, ‘You could really be a bridge between rural and urban interests,’” he recalled.

Today, far fewer members of Congress represent predominantly rural districts, which makes it more difficult to pass farm policy without connecting it to urban interests. In 1945, about half of the representatives represented rural districts. Today, only 40 to 50 members are rural, he said.

“Frankly, it’s only because of the U.S. Senate, which has two senators for every state, that rural interests really get the push that they have,” he said.

He said the ag committees he served on were almost 100% farm state members, and he remembered no black or other minority members.

Former U.S. Sec. of Agriculture Dan Glickman, a Democrat and former congressman from Kansas, has published an autobiography, “Laughing at Myself: My Education in Congress, on the Farm, and at the Movies.” The book, released June 1, by the University of Kansas Press, is available through Amazon, Barnes and Noble, and other outlets. In a June 17, 2021, Zoom interview, he recalls how moderate views helped agriculture. Mikkel Pates / Agweek

Glickman noted that, as ag secretary, he was the named defendant in the “Pigford vs. Glickman” anti-discrimination lawsuit. While ”most USDA people were decent and tried to do the right thing, there was a lot of discrimination” over the last 60 years, he said — “particularly in the South.”

Largely the “Heartland” has a become “Republican territory,” Glickman said, which he thinks is not healthy for democracy.

“Part of that is redistricting,” he said.

Politically, Glickman favors the abolition of the Electoral College. That would take a Constitutional amendment, which would be challenging.

He said President Donald Trump had “very little knowledge of food and agriculture issues,” but noted Secretary of Agriculture Sonny Perdue did a good job.

“I think (the Electoral College) creates too much opportunity for the kind of chaos we have seen in the last couple of elections,” he said. “I don’t see in a country like ours we don’t elect our president by the popular vote.”

He calls the Senate “the great protector of small states” in giving rural areas sufficient political clout. There is “too much money in politics” he added, counting both “big money and small money,” which legally is considered free speech.

Glickman waxed nostalgic about his bipartisan efforts in the House and on a Kansas team in Congress that included Republicans Pat Roberts and Bob Dole, both now retired from the U.S. Senate. Dole became Senate majority leader. When Glickman was in the U.S. House, Democrats always held a strong majority, serving with Republican presidents.

Clinton, from Arkansas, was “the proverbial good old boy,” Glickman said. The president “loved farming” and got along with Dole and Roberts.

“We’ve probably never had a president in modern times who cared as much about what was happening on the farm because he knew these people,” he said.

“We got a lot done,” Glickman said. “And there was virtually no partisanship on these (ag) issues.”

Dole had a strong interest in anti-hunger issues, including food stamps and school lunch programs and had reached across the party aisle to Sen. George McGovern, D-S.D., to pass farm bills that served both farmers and the poor.

Glickman became interested in commodities markets while sitting on the House Agriculture Committee. He realized the futures market — if farmers properly used hedges and options — could help farmers protect themselves from some market risk. He encouraged Kansas State University and others to educate farmers on using futures and options to hedge their market risk.

”These are not simple economic issues. They’re really complicated,” he said.

The U.S. Department of Agriculture has its own “mini” anti-trust powers in the Packers and Stockyards Act, dealing with price discrimination and other unfair trading practices. In the past year, congressmen have gone to the Department of Justice to ask for more action involving agriculture.

There has been “massive consolidation” in agriculture in the past 50 years. Three or four meat processors now control the market, Glickman pointed out.

“We’ve consolidated and scaled up agriculture,” in many ways, but that’s the same trend as in banking and finance, he said. That’s a concern for smaller farmers who are more subject to pricing decisions made by larger farmers. One optimistic trend is that in the past two or three years there are more smaller farmers coming into the business, he said.

Glickman lost his House seat in 1994, during the “Republican Revolution,” led by former U.S. Rep. Newt Gingrich, R-Ga. It was the same election in which former House Speaker Tom Foley, D-Wash., lost. Both were champions of their wheat state homes. The House since then hasn’t had a Speaker of the House with the same ag policy focus.

Ag policies have remained rather bipartisan, except for the past three years with COVID and trade policy disagreements.

“More money has gone into agriculture in the past three or four years from the federal government than has (been spent) in the past 20 years” combined, Glickman said, as well as spending on hunger programs.

He said Democrats need to spend more time going into rural districts to learn about agriculture.

“Farmers work hard, and often alone, and have good instincts about whether politicians are authentic,” he said. “I don’t think farmers are looking always for people who agree with them, but are looking for people who listen to them.”

Glickman said he thinks the toxicity in partisan culture and politics could be lessened by principles he used — humor and the ability to laugh at himself, respect and civility for those who have differing points of view, the use of the “Golden Rule,” and a commitment to solve problems rather than create them. 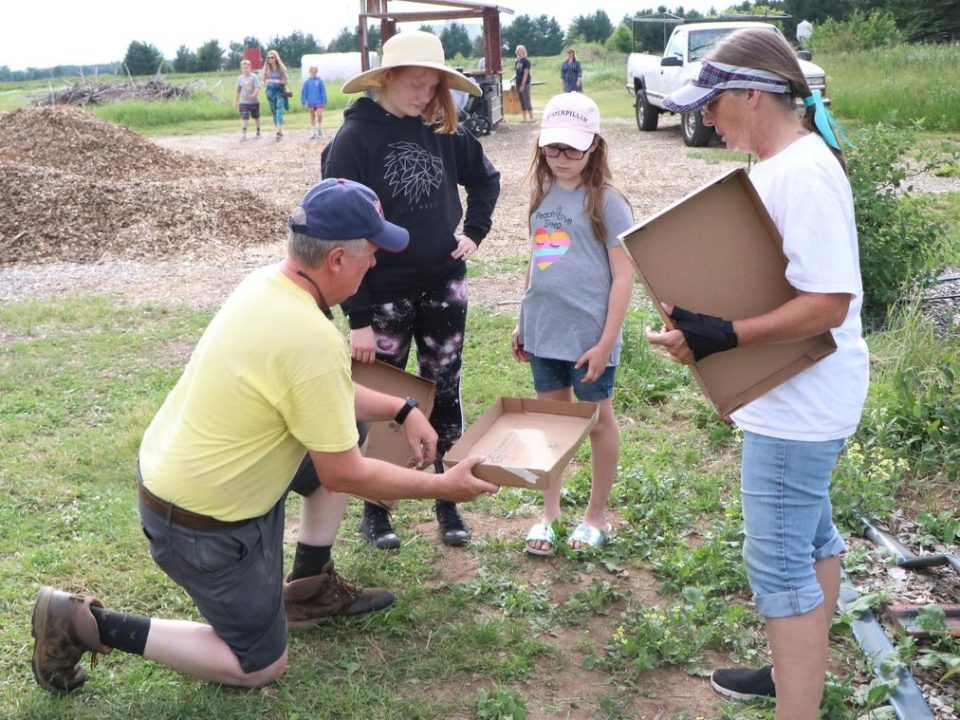 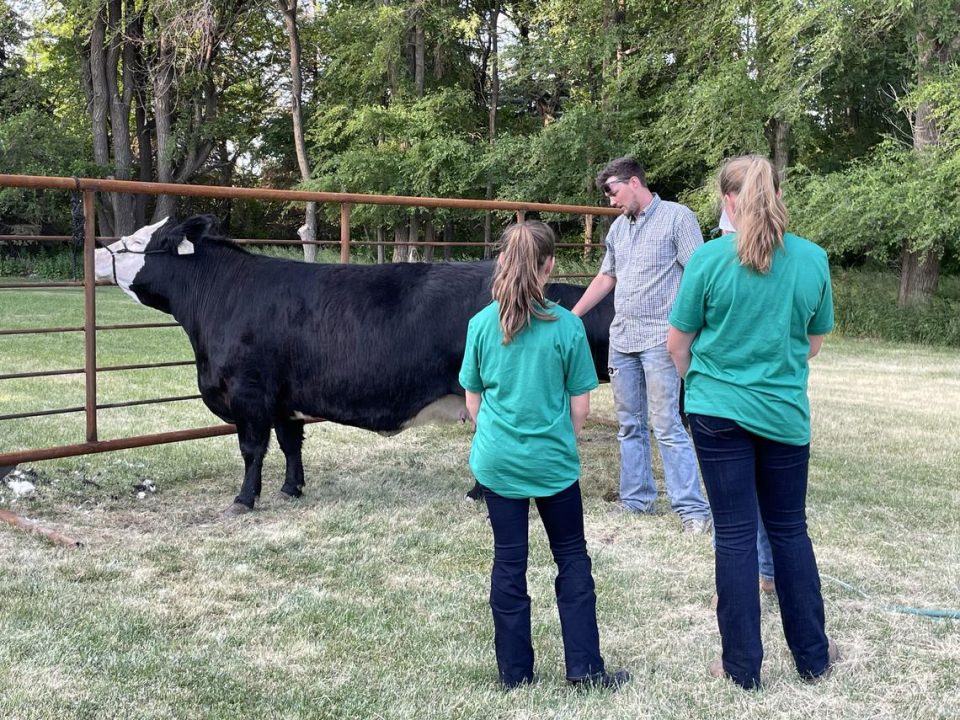 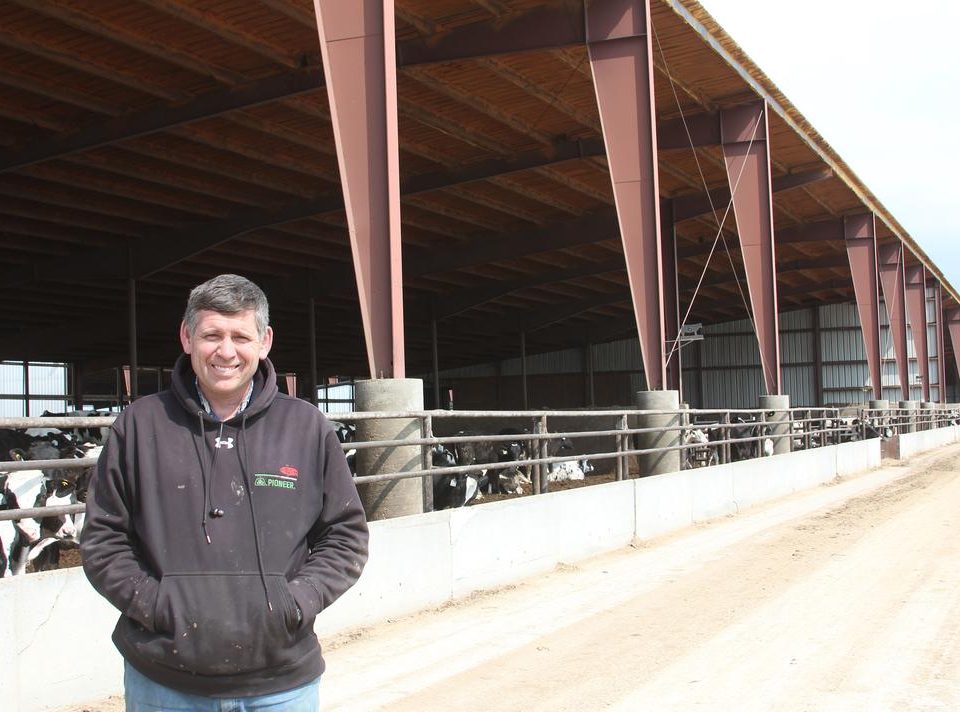