After $186 million in losses in 2020, Minnesota's brewers look ahead to business post-pandemic 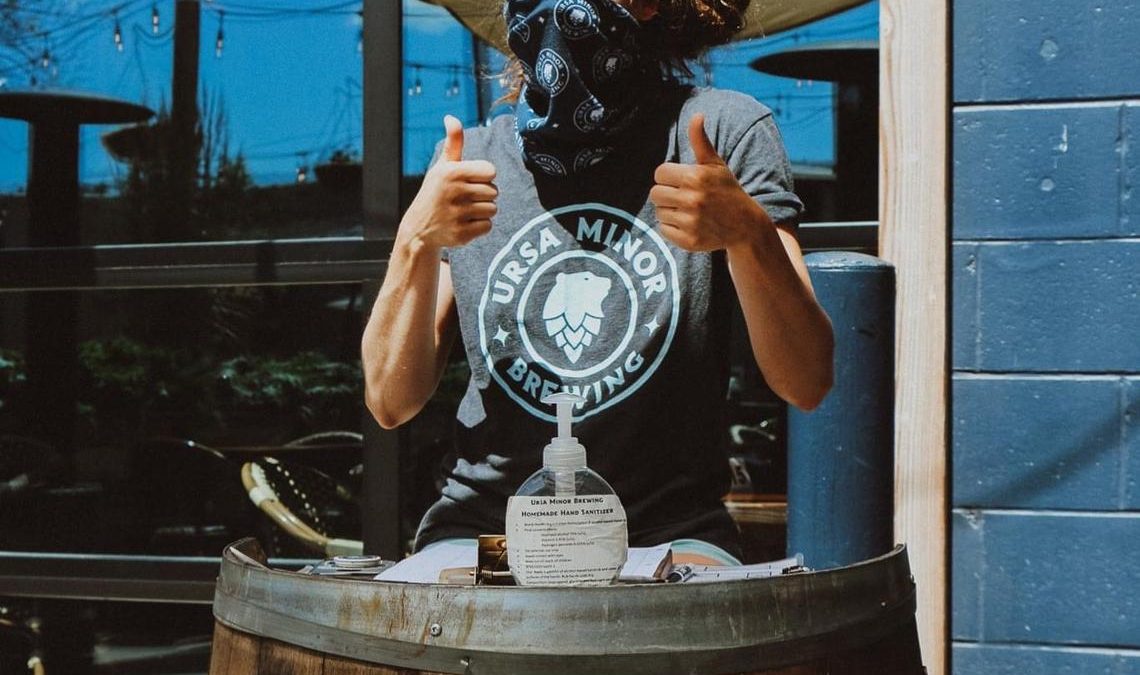 The study, done in partnership with the Minnesota Craft Brewers Guild, compiled responses from 95 breweries across the state. In 2019, the industry generated more than $1 billion in economic activity and attracted about 3.6 million people to craft brewing events. During the pandemic, 1,050 of the 8,345 jobs supported by the craft brewing industry were affected.

Pepin Young, director of taproom operations at Bent Paddle Brewing Co. in Duluth, said they lost about 30% of total sales during the pandemic because of the loss of bar and restaurant sales of the company’s beer.

“Everybody’s story is super different, but in general the majority of breweries were down anywhere between, on the brightest side 25%, and at the worst anywhere between 50, 60, 70%,” Young said.

Extension survey respondents reported an average of 73% sales during the pandemic were made on location. Young said Bent Paddle’s ability to sell growlers and crowlers to go has been a critical aspect of business, especially during the pandemic.

Castle Danger Brewery in Two Harbors wasn’t so lucky. It is one of the five breweries unable to sell beer to go because of Minnesota’s growler cap law that prohibits the sale of growlers at breweries that produce more than 20,000 barrels per year. The law is currently being challenged in the Minnesota Legislature.

Jamie MacFarlane, chief financial manager at Castle Danger, said more than half of the brewery’s 42 full-time staff was furloughed during the shutdown.

Duluth’s Ursa Minor Brewing also ran into problems selling beer to go because of state laws. In order to sell beer directly from its tap rooms, the brewery was limited to using only 750-milliliter cans, or crowlers. But because of a supplier shortage, the aluminum cans have sometimes been nearly impossible to come by, co-founder Ben Hugus said, especially in May and June.

MacFarlane said in addition to aluminum cans being hard to find, when they were able to find them, the costs had skyrocketed to two and a half times the regular cost. She said the cost of cardboard for six-packs has also increased 20% since December, and breweries have to absorb those losses.

All three breweries had to furlough employees last spring, but now are reporting staff numbers pretty similar to before the pandemic. Hugus said he was even able to hire more people because of changes to the business model made to adapt to the pandemic.

“We’re trying to continue to innovate and pivot in our sales channels,” Hugus said. “For instance, our brewery was very taproom-centric when the pandemic happened and we’ve pivoted our brewery to selling into wholesale channels because liquor stores never were shut down.”

Liquor store sales have helped many breweries stay afloat when they couldn’t remain open to customers. Hugus said one of the hardest things about the shutdowns was that the brewing process isn’t one that you can start and stop when legislation is passed — it can take weeks or even months to brew.

“With beer you plan two months ahead a lot of times, just to get your beer made and ready and packaged for all the orders that you have,” MacFarlane seconded. “No one has a pandemic clause in their business plan.”

Many breweries were still trying to perfect their business plan before the pandemic hit. In 2019, there were 183 craft breweries in Minnesota — 144 more than there were in 2012. According to the study, gaining access to state and federal assistance was difficult for newer breweries because “many brewers simply did not have enough of a financial track record to prove the impact of COVID-19 on their business. For those who recently took on new debt to expand, revenue losses made it more difficult to repay debt.”

Canal Park Brewing Co. temporarily closed in November after the government shutdown was announced, unable to stay open without in-person service. It is reopening later this spring.

But some changes to business were for the better. Outdoor seating expanded at Ursa Minor and Castle Danger and both breweries plan to keep their patios even after the industry begins to bounce back.

And the key to bouncing back? These brewers say it’s all about local support — in patronage, promotion and support in legislative endeavors. Hugus said morale among his staff has been boosted since they’ve gotten access to the COVID-19 vaccine, and he can tell customers are starting to look forward to the future, as well.

“We’re highly optimistic,” Young said. “For us, we’re makers, we’re crafters, we’re going to find a way to do it.”