Much at stake as Supreme Court weighs future of 'Obamacare'

Indigenous candidates' wins in Congress give hope for change 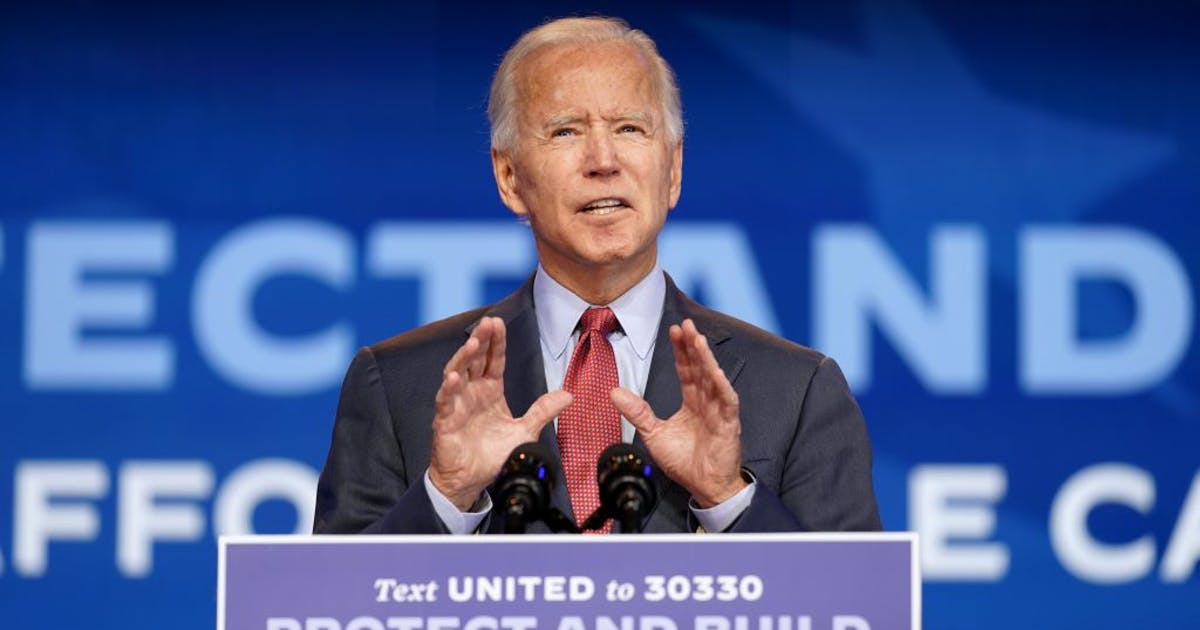 WILMINGTON, Del. — President-elect Joe Biden is championing the Obama administration’s signature health law as it goes before the Supreme Court in a case that could overturn it.

He will deliver a speech on the Affordable Care Act on Tuesday, the same day the high court will hear arguments on its merits. It ruled eight years ago to leave the essential components of the law known as Obamacare intact, but is now controlled 6-3 by a conservative majority after President Donald Trump’s appointment of Justice Amy Coney Barrett.

The speech reflects the importance Biden is putting on health care as he prepares to take office in January amid the worst pandemic in more than a century. He’s launching his transition process this week as the virus surges across the country. The U.S. surpassed 10 million cases Monday.

Biden also focused on health care Monday as he pleaded with Americans to put aside their political differences and wear masks to protect themselves and their neighbors from the virus.

“We could save tens of thousands of lives if everyone would just wear a mask for the next few months. Not Democratic or Republican lives, American lives,” Biden said. “Please, I implore you, wear a mask.”

The suit challenging the health care law was brought in America’s largest conservative state, Texas, and is backed by Trump and top Republicans. It asks the Supreme Court to declare the law’s mandate to buy health insurance unconstitutional because Congress had previously repealed the penalties for noncompliance.

After serving as President Barack Obama’s vice president for eight years, Biden has pledged to build on the Affordable Care Act while championing a “public option” that would allow more people to opt into government-sponsored health insurance even as millions of others could stick with their current, usually employer-based coverage.

But such changes could be difficult to enact if Democrats fail to win a majority in the Senate. Control of the chamber hinges on two runoff races in Georgia that will be decided in January.

Biden, meanwhile, is moving forward with planning a presidential transition even as Trump refuses to concede the race and falsely argues it was stolen from him.

The president-elect is expected to quickly name a chief of staff and start considering Cabinet appointments, though those likely won’t be finalized for weeks.

But he’s running into hurdles from the General Services Administration, which is tasked with formally recognizing Biden as president-elect. That designation eases cooperation between the outgoing and incoming administrations. The agency’s Trump-appointed administrator, Emily Murphy, has not started the process and has given no guidance on when she will.

That lack of clarity is fueling questions about whether Trump will spend as much of his remaining time in office as possible hindering Biden from building out his government. Biden has so far largely ignored Trump and instead called for bipartisanship — but he may not be able to keep doing so for much longer.

“This election is over,” Biden said during his speech Monday. “It’s time to put aside the partisanship, and the rhetoric that is designed to demonize one another.”