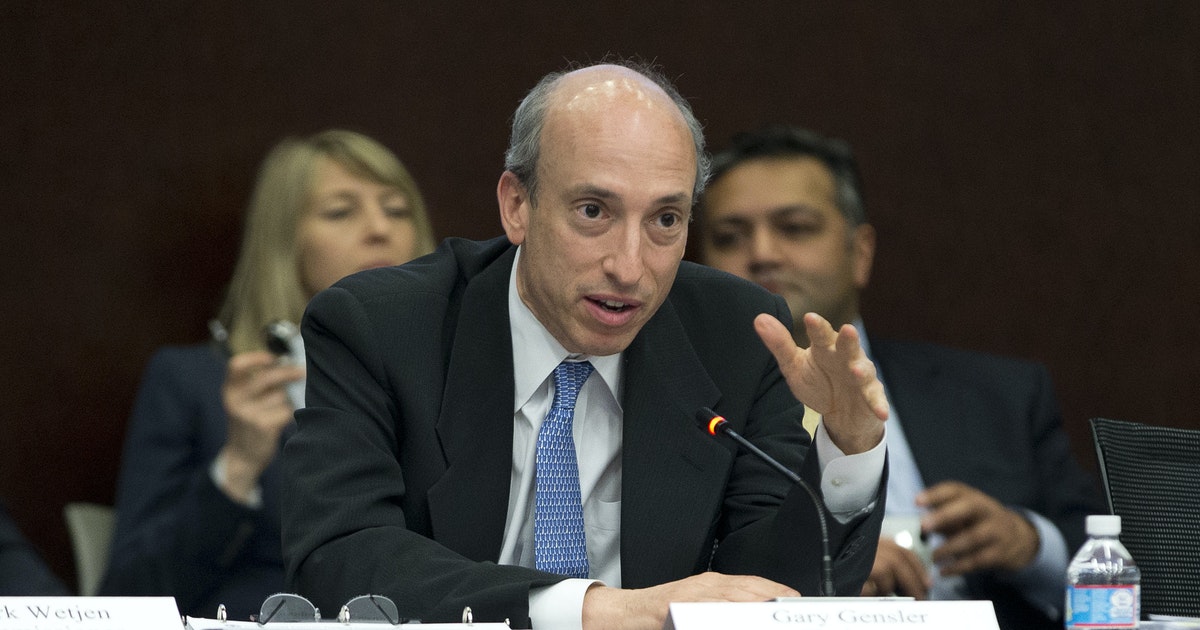 WASHINGTON — President Joe Biden’s choice to head the Securities and Exchange Commission told Congress on Tuesday that the agency should address how to protect investors who use online stock-trading platforms with flashy tech gimmicks that entice them to trade more.

Gary Gensler, who was a chair of the Commodity Futures Trading Commission during the Obama administration, testified by video for his confirmation hearing by the Senate Banking Committee. He was asked about the roiling stock-trading drama involving GameStop shares that has spurred clamor for tighter regulation of Wall Street. The trading frenzy in shares of the struggling video-game retailer lifted their price 1,600% in January, though they later fell back to earth after days of wild price swings.

“At the core it’s about protecting investors,” Gensler said. Among the issues to be examined, he said, is the use of “behavioral” technology in stock-trading apps.

“What does it mean when you have behavioral prompts to get investors to do more transactions? We’re going to have to study that and think about it,” Gensler told the panel.

The GameStop episode prompted lawmakers to raise concern about the business model of Robinhood, the online trading platform that hosted a wave of trading in GameStop. Critics have accused Robinhood of trying to lure young people with little or no experience trading stocks by including features on its trading platform that resemble gaming apps — like showering users’ screens with virtual confetti when they make a trade. Lawmakers have asked whether Robinhood is doing enough to communicate the risks to its users.

If confirmed to the SEC post, Gensler said, he would work to strengthen transparency and accountability in the markets. That will enable people “to invest with confidence and be protected from fraud and manipulation,” he said. “It means promoting efficiency and competition, so our markets operate with lower costs to companies and higher returns to investors. … And above all, it means making sure our markets serve the needs of working families.”

“That means upgrading climate-risk disclosure requirements that are out of date, punishing misconduct and enforcing the protections on the books,” said the committee chair, Sen. Sherrod Brown, an Ohio Democrat. “And it means working with other agencies — the banking regulators — to head off growing problems before they become emergencies that hurt the economy. We’ve seen what happens when markets don’t have real safeguards, and most people are left to fend for themselves — just look at the electricity market in Texas.”

Gensler has experience as a tough markets regulator during the 2008-09 financial crisis as CFTC chair. More recently, he has been in academics. Biden’s selection of Gensler to lead the SEC signals a goal of turning the Wall Street watchdog agency toward an activist role after a deregulatory stretch during the Trump administration.

Gensler was a leader and adviser of Biden’s presidential transition team responsible for the Federal Reserve, banking issues and securities regulation. No evident opposition to his confirmation to the SEC post has emerged, and approval by the full Senate is expected.

Several Republican senators used Tuesday’s hearing, though, to argue against the imposition of new regulations in the financial markets, at the risk of stifling innovation and improperly expanding the government’s authority.

The GameStop episode has bolstered political momentum toward tighter regulation of the securities markets, though Republican lawmakers and regulators generally will oppose new rules. Possible avenues for new rules that have been raised include requiring market players to disclose short-selling positions and restricting arrangements of payment for order flow — a common practice in which Wall Street trading firms pay companies like Robinhood to send them their customers’ orders for execution.

The GameStop turbulence shows that “the SEC too often stands by while the stock market functions as a casino … with tilted roulette tables,” said Sen. Elizabeth Warren, D-Mass.

Jay Clayton, a former Wall Street lawyer who headed the SEC during the Trump administration, presided over a deregulatory push to soften rules affecting Wall Street and the financial markets, as President Donald Trump pledged when he took office. Rules under the Dodd-Frank law that tightened the reins on banks and Wall Street in the wake of the financial crisis and the Great Recession were relaxed. Clayton also eased rules for smaller companies raising capital in the market.

Gensler comes armed with receptiveness to new financial technologies and cryptocurrency. As a professor of economics and management at MIT’s Sloan School of Management, he has focused research and teaching on public policy as well as digital currencies and blockchain, the global running ledgers of digital currency transactions.

With a background of having worked for nearly 20 years at Goldman Sachs, the Wall Street powerhouse investment bank, Gensler surprised many by being a tough regulator of big banks as head of the CFTC. He imposed oversight on the $400 trillion worldwide market for the complex financial instruments that helped spark the 2008-09 crisis. Gensler pushed for stricter regulations that big banks and financial firms had lobbied against, and he wasn’t afraid to take positions that clashed with the Obama administration.