Bremer fight flares as bank board tries to boot trustees 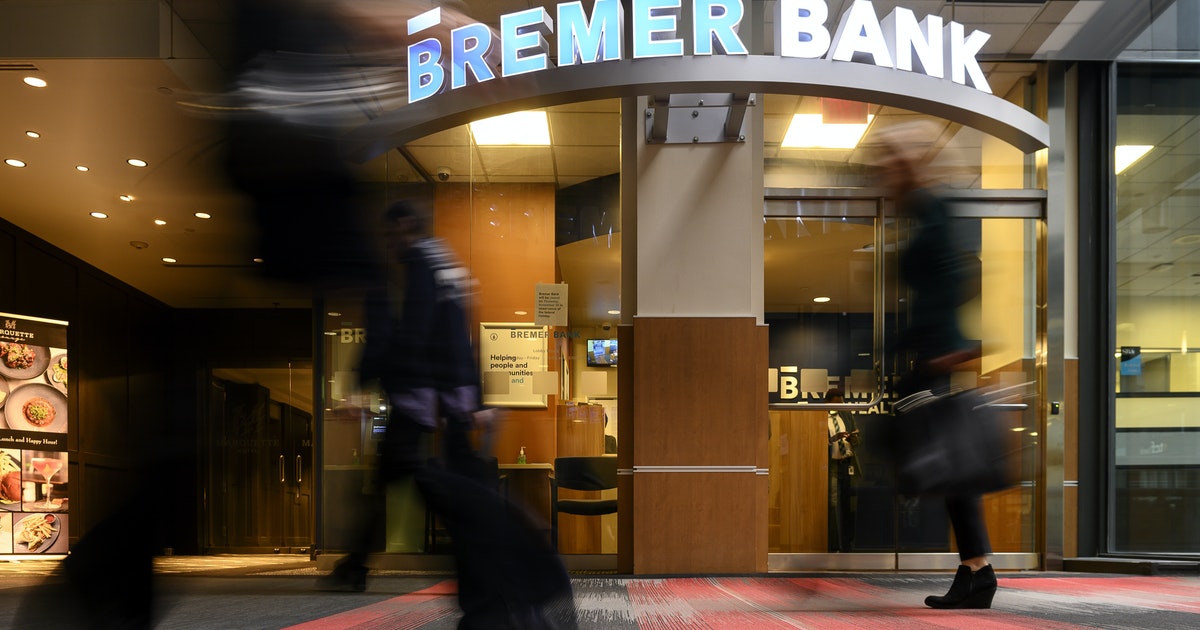 The fight over control of Bremer Financial Corp., Minnesota’s fourth-largest bank, flared Monday when trustees from the charity that owns the bank were asked to resign from its board of directors and refused.

The rest of the board voted not to nominate them for re-election at the firm’s annual meeting this spring.

The move appears likely to push the two Otto Bremer Trust trustees, Brian Lipschultz and Daniel Reardon, out of the roles that gave them insight into the company’s finances and operations. For nearly two years, they have attempted to sell the bank, a step they say may double the assets of the trust to nearly $2 billion.

Their desire to unload the company clashed with strategy and direction pursued by Bremer Financial’s executives and other board members. In late 2019, the conflict spilled into the open as the two sides traded lawsuits. Last year, it drew in the Minnesota Attorney General’s Office, which sued the trust and has asked a court to force the trustees to resign.

Bremer is the only bank in the nation owned by a charitable trust. The bank’s founder, Otto Bremer, created the trust in the late 1940s just a few years before his death.

Banking regulations changed in the 1960s to prevent charities from owning banks. Bremer’s situation was permitted to continue after a legal restructuring in the 1980s gave control of the bank to an independent board.

In announcing Monday’s action, Bremer Financial said Lipschultz and Reardon in January told beneficiaries of the trust’s charitable largesse — it distributes more than $50 million annual to organizations in Minnesota and nearby states — to apply for the latest round of assistance in the government’s Payroll Protection Program through the trust, putting it in competition with the bank.

“The trustees’ actions are a clear breach of their fiduciary obligations,” the bank said in a statement.

During the first round of the government assistance to businesses last summer, Bremer Bank facilitated a higher volume of PPP loans than any other financial institution in the state.

The trustees issued a statement saying their offer of PPP assistance was managed by Community Reinvestment Fund, a national community development financial institution that made the loans. The trust did not receive any fees for facilitating them, it said.

The trustees criticized the bank board and said that its action “merely reinforces and clarifies the trust’s position that it must be allowed to sell its [Bremer Financial] shares.”

The bank’s board also cited evidence that emerged in the court case the attorney general brought against the trust, including e-mails that showed the two trustees believed they could entice buyers to Bremer by suggesting the firm could be downsized with branch closings and layoffs.

The AG’s office last August asked a judge to remove the trustees from their jobs. A judge in November refused to do that but put some restrictions on the trustees. Pretrial and evidentiary hearings in the dispute are set for September.

In addition to the trust, the shareholders of the bank are chiefly employees. They will be asked at the company’s annual meeting on April 29 to approve a reduction in the board size. Right now bylaws allow seven to nine board members. The board is asking to be reduced to five to seven members. And the slate of directors for 2021 will not include the two trustees.

A third trustee of the Otto Bremer Trust, Charlotte Johnson, retired from the Bremer Financial board last April.