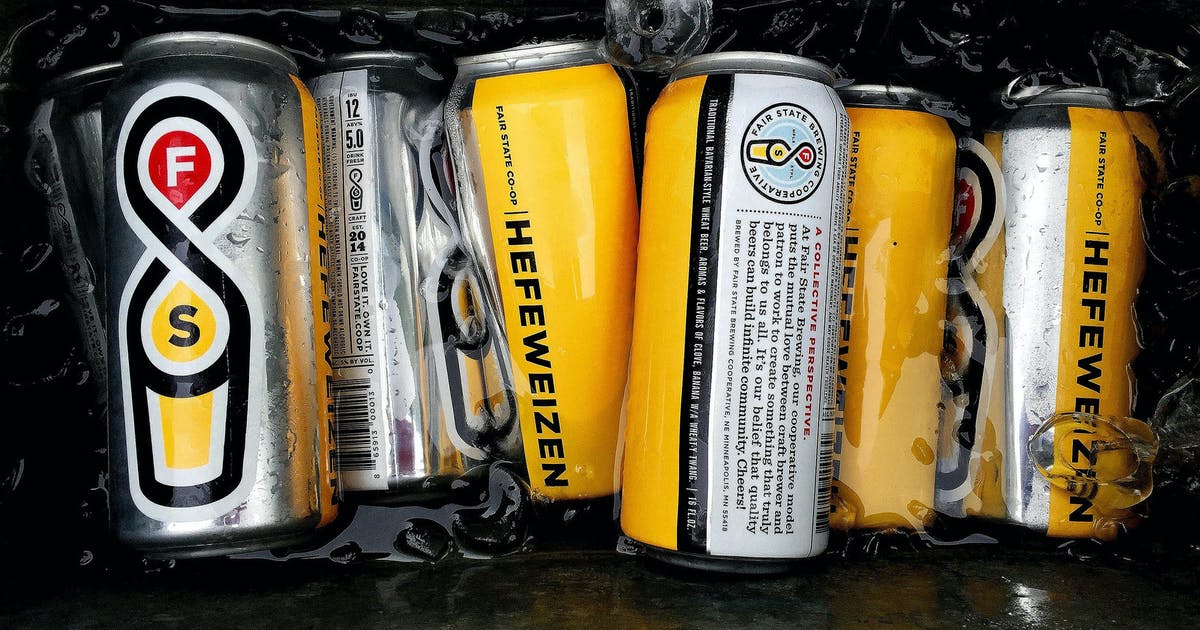 Twin Cities-based Fair State Brewing Cooperative has become the first microbrewery in the United States to unionize, as part of a wave of local craft breweries and distilleries that have pushed for unionization recently.

Earlier this week workers at Fair State — which has a taproom and brewery in northeast Minneapolis along with a larger packaging brewery in St. Paul — presented their request in a majority vote to Fair State leaders.

After consulting with Fair State’s board of directors, Chief Executive Evan Sallee agreed to recognize the union. Employees had been in internal discussions about unionizing for more than a year.

“I am proud of the self-determination our team has shown by taking on the responsibility of organizing to make Fair State better,” Sallee said in a statement on Wednesday. “This is one more step to building the business that we have envisioned from the beginning — one where workers and consumers each have a say and stake in a business, working together to build something beautiful and thriving.”

Eligible Fair State employees, about 25 workers who produce beer and also work in the taproom, will join Unite Here Local 17, a group that represents more than 6,000 workers in Minnesota hotels, restaurants and other hospitality businesses.

In August, employees at Tattersall Distilling, which included bartenders and some of the distillery’s production staff, voted to unionize and join Unite Here.

Last week, Unite Here worked with employees at Surly Brewing’s beer hall and pizzeria to inform management of their intent to unionize.

A few days later, Surly owner Omar Ansari announced he was closing the beer hall. Ansari said the closing was due to declining revenue and not the union push. However, union representatives and some employees believe there is a connection and Unite Here said it has filed an unfair labor practice charge against Surly with the National Labor Relations Board.

While other larger breweries like Anheuser-Busch have unions, Unite Here says Fair State is the first microbrewery, which is defined as a brewery that produces less than 15,000 barrels of beer per year.

Fair State is used to being a trailblazer. In 2014, Fair State became the first cooperatively owned brewery in Minnesota and the third in the country. According to its website, the cooperative has more than 1,500 members.

“I’ve been proud to work at a place like Fair State that doesn’t simply talk about community and democracy but attempts to structure itself to live up to those ideals,” said Anders Bloomquist a Fair State warehouse specialist, in a statement. “Now we get to enter an amazing new phase where that can be matched up with the formal voice of a union to better empower the workers at Fair State.”