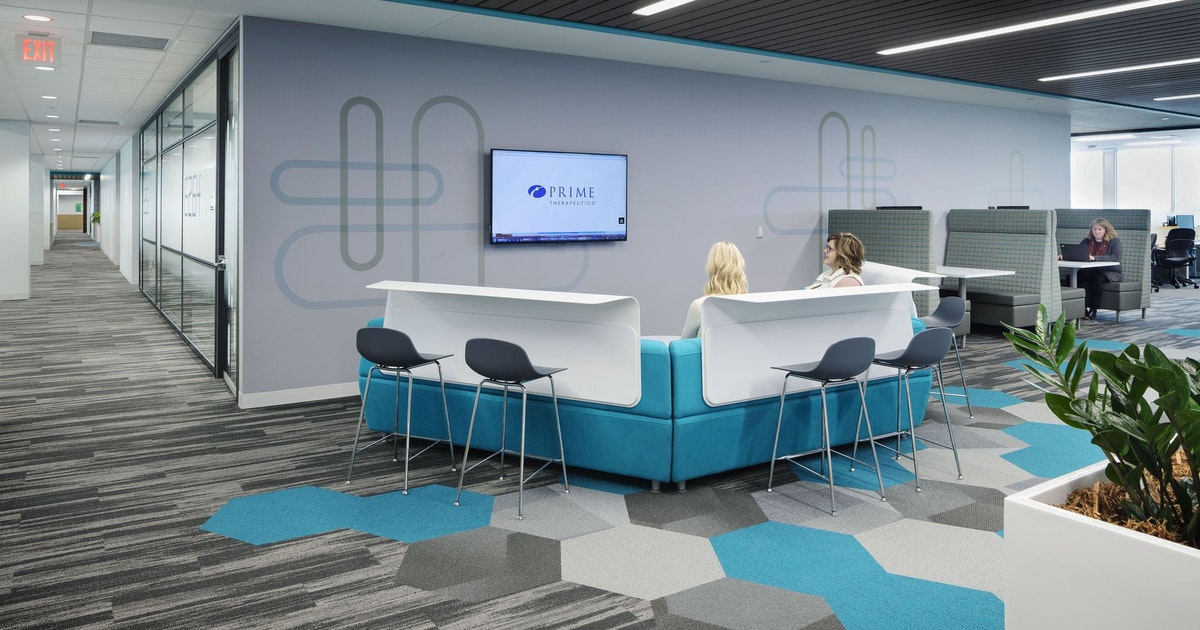 The grand work-from-home experiment of the past year is giving way to a massive reconfiguration of real estate.

Cube farms are being denuded to make way for open spaces that encourage collaboration and social distancing. Rolling monitors and whiteboards on wheels are replacing inflexible and stuffy meeting rooms. And some employees want to continue working at home, at least some of the time, even when offices can reopen.

Minneapolis-based Target Corp. recognized that prospect when it announced last week that it will shed nearly 1 million square feet of space it leases in City Center. It expects the 3,500 employees who worked in that skyscraper before the pandemic to mix with 8,000 or so others at three other buildings — and at home.

Many business leaders and owners, after seeing their workers succeed away from the office, have been pondering the same questions about space. In recent years, some companies spent a lot of money giving their offices more appeal to attract workers in what was an ultratight labor market before the COVID-19 pandemic.

“It was kind of bad timing for us because we had just moved into this beautiful new office space, which we created for our employees, and now our employees are very comfortable working at home,” said Cale Johnston, CEO of ClickSwitch, a financial-tech firm in Minneapolis. “And I don’t think they ever want to come back to the office.”

Competition for top recruits was a major reason Minneapolis-based Qumu Corp. decided last year to cut out of its lease at its North Loop headquarters, shut down offices in England and India and go to fully remote work.

“It opens up so many doors for us,” said Jason Karp, Qumu’s chief commercial officer. “We’re not limited to a specific geography for recruiting. We are a global market now.”

At Prime Therapeutics, executives are so certain that remote work is here to stay that they decided to give up a sizable office in Bloomington and relocate 700 workers to its headquarters in Eagan when the pandemic abates. That shaves one-third of Prime Therapeutic’s real estate footprint in the Twin Cities.

In an arrangement the company calls “hub and home,” 2,200 executives, managers and workers will rotate through the Eagan location during set days of the week or month. Employees will be expected to work remotely 50 to 60% of the time.

“Every team gets access to a hub, which is a collection of spaces,” said Kim Gibson, who leads Prime Therapeutics’ real estate and facilities division. “They go to the same area on their scheduled days, they can meet with their teammates, everybody knows what day of the week your team is there. On days you’re not there, a different team rolls in and uses that same space. It’s just like alternating the schedules.”

A team researching return-to-work options at Prime sought input from 300 managers and workers, Gibson said. But the impetus, she said, was “grassroots.”

Twice-yearly surveys showed that nearly everyone was adjusting well to working from home. Two-thirds of its workforce of 3,800 hoped for “some sort of balance” between working remotely and returning to the office. The most enthusiastic response came from workers at headquarters and Bloomington.

“That was eye-opening for us,” Gibson said.

With the lease on its Bloomington office due in mid-2022, Prime leaders decided to ride out the remainder of it and bank on the emerging hybrid workforce model. Officials declined to say how much they pay each year on the 180,000 square feet of space.

The Eagan building, completed in phases in 2018 and 2019, was designed with the “office of the future” in mind, Gibson said, including furniture that could be easily moved and soft-walled spaces that could be altered for meetings of various sizes or needs.

Securian Financial was in the middle of office redesign at its downtown St. Paul headquarters when the pandemic forced its workers home.

With lessons learned over the past year, Securian has tweaked its original designs. It added equipment in about 70 rooms to accommodate video conferences with remote workers. The building also has upgraded airflow and filtration systems.

The old floors are a typical maze of beige office cubicles. A remodeled sixth floor is brighter and more open, with more collaborative work spaces. But it may be awhile before employees see it themselves.

“When we think about the future, I am appreciative that we will have additional flexibility,” said Chris Hilger, Securian’s chief executive. “But that doesn’t mean all of a sudden we are going to be asking everyone to come back to the office. We are going to take a thoughtful, incremental approach.”

Likewise, workers at Prime Therapeutics won’t be testing out the hub-and-home approach for at least several more months. But Erin Feigal, Prime Therapeutic’s chief human resources officer, has been slowly hauling things out of her Bloomington office.

Prime has occupied space in an office park that overlooks Normandale Lake since 2008. For many years, it served as corporate headquarters. Pre-pandemic, Prime workers populated seven floors in the building, and the company expects it’ll take until early next year to exit fully.

“Any feeling that this era is ending, you catch the excitement of the new building,” Feigal said.

The company has been “easing into” more flexible working arrangements for the past seven years or more, Feigal said, and the hub-and-home policy is the next iteration.

These workers quickly adjusted to life without desks with their names on them, she said. And they’ve come to appreciate the beauty and flexibility of the space. There are storage lockers for people to store their running shoes and locked cabinets for those still in the Dark Ages who have paper files.

“It’s pushing us to think differently about how we work,” Feigal said. “It doesn’t have to be so stationary with all of your things around you.”