The Latest: Pfizer asks US to allow more kids to get vaccine 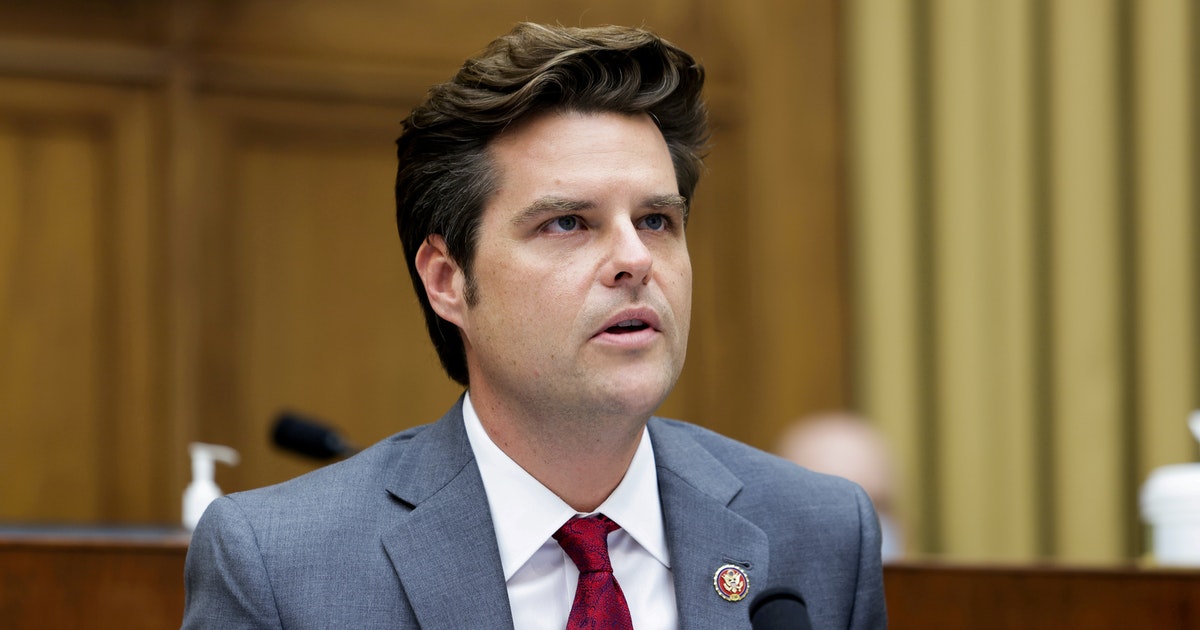 WASHINGTON — The House Ethics Committee has opened an investigation of Rep. Matt Gaetz, citing reports of sexual and other misconduct by the Florida Republican, the panel’s leaders said Friday.

The deepening of the scrutiny of the congressman comes as Gaetz has retained two prominent New York attorneys while facing a Justice Department investigation into sex trafficking allegations involving underage girls.

The House panel’s bipartisan probe is one of the first official indications Gaetz’s party leaders are willing to scrutinize his actions. It also appears sweeping in scope, reaching beyond the reports of sexual misconduct into broader allegations of public corruption, according to the committee chairman, Rep. Ted Deutsch, D-Fla., and ranking Republican Rep. Jackie Walorski of Indiana. Unfolding alongside a federal criminal investigation, the ethics probe ensures Gaetz will have to confront simultaneous inquiries even as he maintains his innocence and plans to remain in Congress.

The Ethics Committee conducts its work in secret and usually issues a final report on what it finds, often many months later. Punishment for ethics violations is up to the House and can include censure, fines and even expulsion from Congress.

“Matt has always been a fighter. A fighter for his constituents, a fighter for the country, and a fighter for the Constitution. He’s going to fight back against the unfounded allegations against him,” the statement said, adding that the lawyers “will take the fight to those trying to smear his name with falsehoods.”

Gaetz has not been charged with a crime, has denied any wrongdoing and has sent fundraising appeals that portray him as a victim of a “smear campaign.” He was expected to make a high-profile appearance Friday at former President Donald Trump’s Doral golf club in Miami.

But a potentially ominous sign occurred in a Florida court Thursday when it was revealed that a Gaetz associate, Joel Greenberg, a former county tax collector, is working toward a plea deal. Such a move could potentially open the door for Greenberg’s cooperation against Gaetz.

Prosecutors are examining whether Gaetz and Greenberg paid underage girls or offered them gifts in exchange for sex, according to two people familiar with the matter who spoke on condition of anonymity because they could not discuss details publicly. Greenberg entered a not guilty plea Friday through his attorney to a variety of charges ranging from child sex trafficking to fraud. A judge has set a May 15 deadline for Greenberg to reach a plea deal.

Mukasey is a former federal prosecutor in New York and is the son of Michael Mukasey, a former federal judge who served as attorney general in President George W. Bush’s administration. He has represented Trump’s family business, the Trump Organization, in tax-related investigations in New York, and defended Edward Gallagher, a Navy SEAL whose war crimes case caught Trump’s attention. Gallagher was acquitted of killing a wounded war prisoner in Iraq.

Kirshner represented former New York Attorney General Eric Schneiderman, who resigned his position after being accused of physically assaulting women. No charges were filed against Schneiderman after an investigation by a special prosecutor. Kirshner’s law firm has represented several lawyers accused of criminal wrongdoing.