Edmunds: Some of the best cars cost less than $399 per month 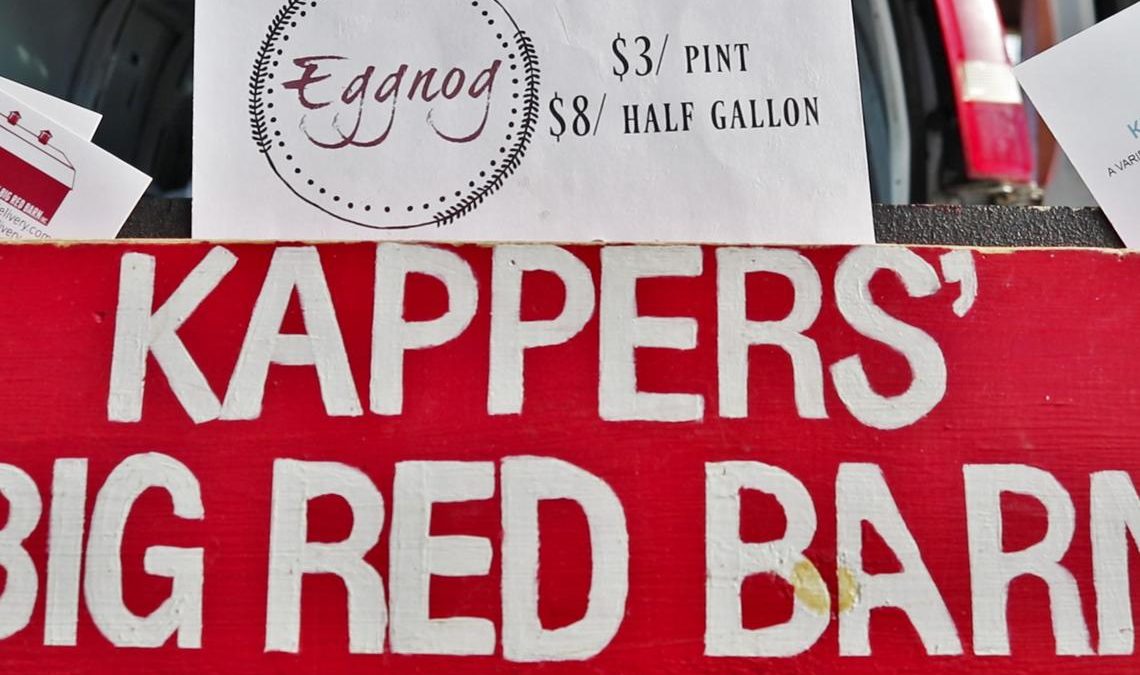 Kappers Big Red Barn in Chatfield is a family-run microdairy, which means all the products are produced, processed and packaged on-site. That’s different from a traditional dairy selling its milk to a larger coop.

Dairy farming had been in the family for generations by the time Bob and Jeanette Kappers bought their farm with a big red barn in 1987. They made the decision then to do their own processing and distribution.

Now, milk at their farm has just 20 feet to go to the processing plant, which opened in 2004. There the milk is processed five times a week. Lucas Kappers, their 25-year-old son, said an average of 2,000 bottles of milk each week travels from the cows to customers in less than 12 hours.

Fresh eggnog is a holiday tradition at Kappers. they produce it every year from November to January. Eggnog should be a staple that every day has, Lucas Kappers said.

Kappers Big Red Barn in Chatfield, Minn. is known for its eggnog made from all authentic ingredients. (Noah Fish / Agweek)

“It’s your classic Midwestern holiday dessert,” he said. “We use real eggs, real vanilla and real nutmeg and make it in small batches right here.”

He said it’s difficult to find real eggnog elsewhere that has real eggs in its recipe.

“It’s almost always a pre-mixed powder that you just dump in,” he said. “So you really get a night-and-day type of difference with our (eggnog).”

Bob Kappers said over the years they’ve tweaked the eggnog recipe to make it just right.

“It was kind of tough the first year we did it, because you go to buy the flavoring in bulk and they just want to sell you the pre-powdered bag, with eggs and everything in there,” he said. “We had to pull all of that together ourselves, and it took a couple months of trial and error until we finally found a recipe we liked.”

The processing plant at Kappers Big Red Barn is attached to the farm store, which is open 365 days a year. The family’s method of low temperature pasteurization is what gives their milk its signature taste, Lucas Kappers said.

Most larger dairy companies that supply big-box grocery stores use a form of ultra-pasteurization, in which milk is brought to high temperatures, sometimes over 300 degrees, for a few seconds to quickly rid it of potentially harmful bacteria and give the product a longer shelf life.

At Kappers, milk is brought to a much lower temperature and held there for a longer period of time, which the family says preserves the true flavor while still taking care of any harmful bacteria.

For the Kappers, their cows are their family. The family prides itself on giving the cows, each with their own name, a stress-free life. Cows are milked every morning and night. After milking, when it’s warm enough, the animals are let out to pasture behind the barn.

The family’s consideration for cow comfort shows in the ages within their herd. According to an extension educator at the University of Minnesota, a commercial dairy cow has an average lifespan of four to seven years. Lucas Kappers said the average lifetime of their cows is around 10 years. 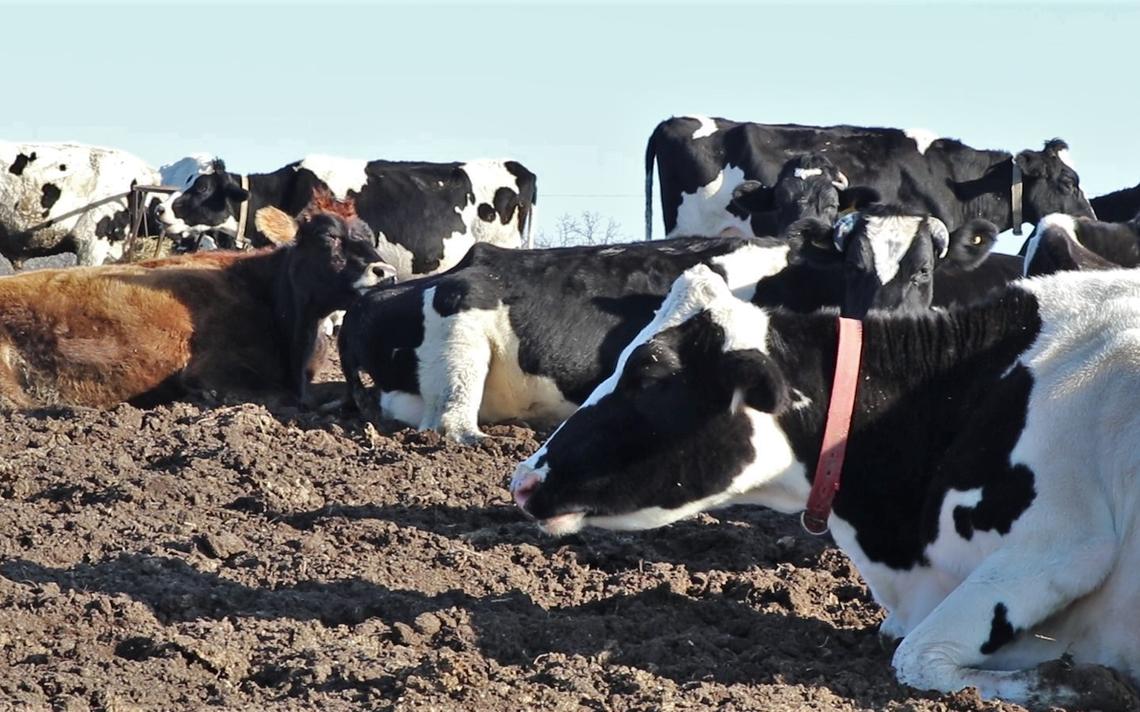 Cows at Kappers Big Red Barn relax in the pasture on Nov. 21. The cows are milked every morning and night, and after milking when it’s warm enough the animals are let out to pasture behind the barn.(Noah Fish / Agweek)

Kappers Big Red Barn has offered home delivery of its products for the last 15 years, and last year the family launched an online service for delivery. With the addition of online, Kappers added the city of Rochester and parts of the Twin Cities to it service area.

“So now we cover most of southeast Minnesota, and are expanding in the Twin Cities,” Lucas Kappers said. “Distribution is a big part of what we do, and we’re kind of stubborn about it.”

The family does all of its own distribution. They have a couple part-time drivers, and family members take care of the rest. They are looking to hire some full-time positions for distribution, specifically for the Twin Cities routes, Lucas Kappers said.

Along with its own products, Kappers offers other locally-sourced items such as bakery goods from St. Charles Bakery, pizzas from Pasquale’s Neighborhood Pizzeria in Rochester, Fireside Orchard & Gardens in Northfield and more.

“We try to get all your staples, so we we have breads, meats, eggs and cheese,” he said. 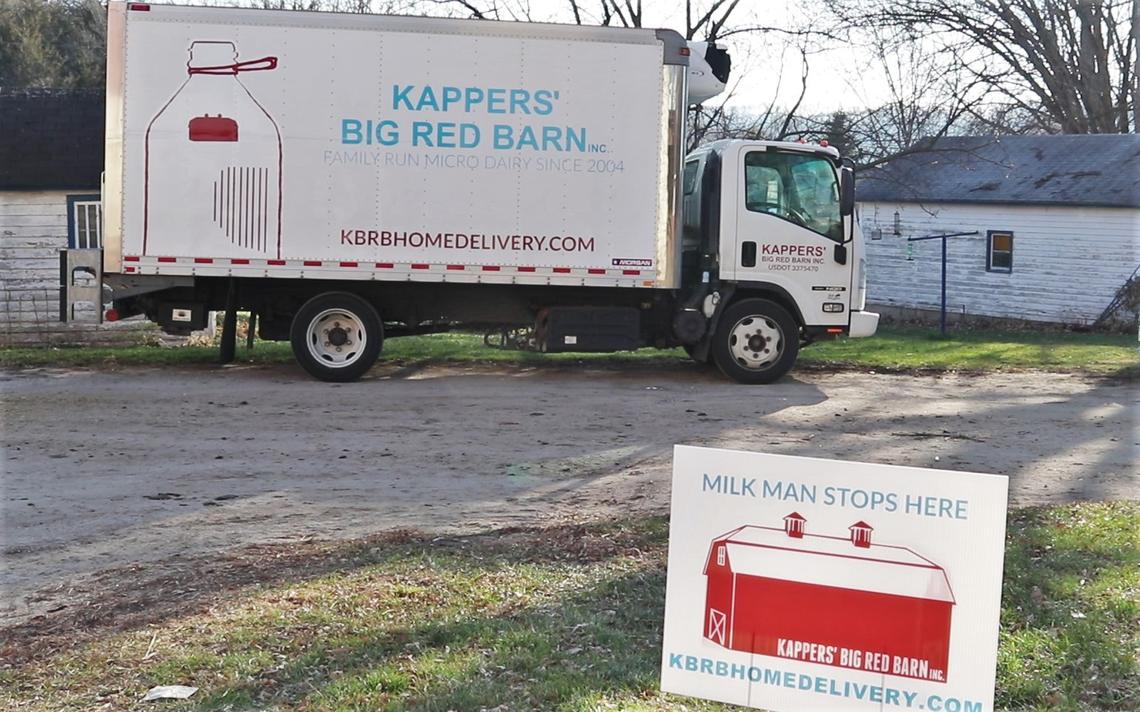 Kappers Big Red Barn has offered home delivery of its products for the last 15 years, and last year the family launched an online service for delivery. With the addition of online, Kappers added the city of Rochester and parts of the Twin Cities to it service area. (Noah Fish / Agweek)

Bob Kappers said that running a farm and a business are two separate things when you boil it down.

“You try to get everything in balance, and get the right amount of milk coming in from the cows and then trying to keep the business end running,” he said. “It can be tricky.”

Bob and Jeanette are grateful for the “new ideas” that Lucas and his wife, Jenna, have brought to the family business to keep it thriving in the digital age. Their other two sons also help with the day-to-day operation.

“The online stuff would be way over our head,” Bob Kappers said.

Lucas Kappers said he and his siblings realize it’s not common nowadays for the next generation to take over for their parents with an ag business, especially a dairy one.

“I think it’s an important part of it, and something you don’t see anymore,” Lucas Kappers said of the next generation taking over. “It’s kind of a cool thing.”

Jenna Kappers said their customers like knowing the business will remain a family one.