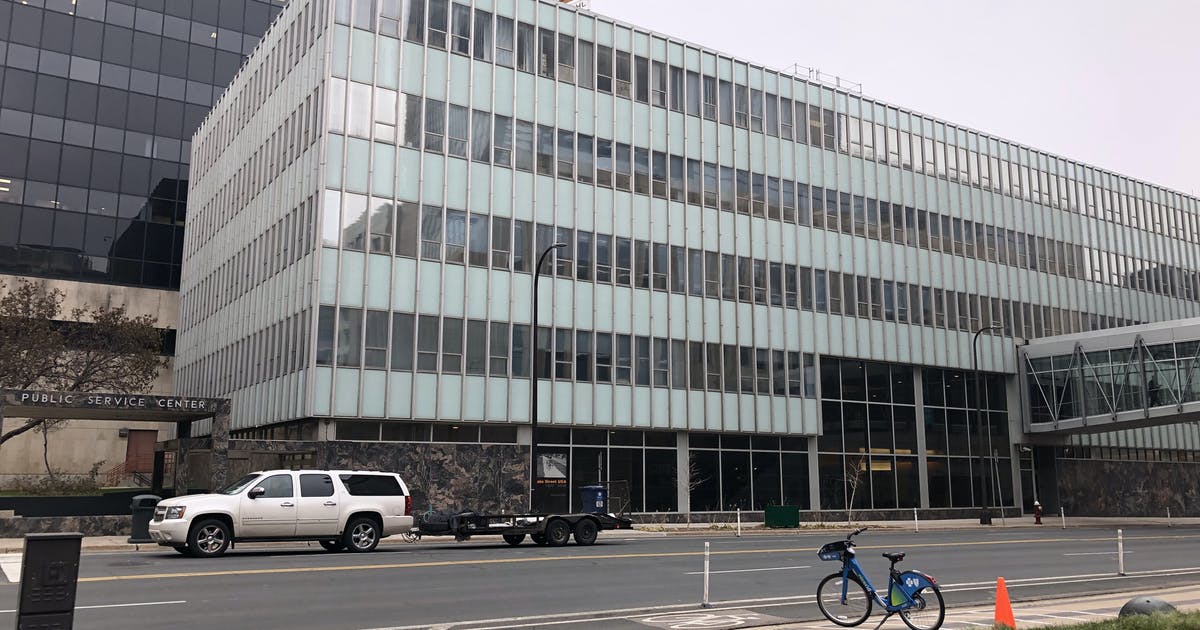 The city of Minneapolis is seeking a development partner for the city-owned properties in the heart of downtown known as the Public Service Center Block.

It has issued a request for qualifications, seeking a developer to work with the city on new plans for the site, possibly including housing, hotels, offices, retail or commercial buildings that are at least 10 stories tall, as well as other uses such as parking.

The redevelopment site has long been the subject of discussion among City Council members, economic development groups and city boosters. It now houses the well-worn Public Service Center, the City of Lakes building and two other city-owned parcels, which combined comprise about two thirds of the block bounded by 3rd and 4th Streets and by 2nd and 3rd Avenues South.

Current city workers on the block will be relocated nearby in 2021 to the new city office building being built next to the Hennepin County Government Center on the corner of 5th Street and 4th Avenue South, officials said.

The city is looking to move forward with the planning for redeveloping the properties as developers and brokers struggle to collect rent and fill office, hotel and retail space amid a pandemic-induced economic downturn. Minneapolis’s downtown has largely resembled a ghost down as thousands of workers work remotely and as thousands of traditional convention and business visitors avoid travel.

“Their timing couldn’t be worse,” said Lupe Development Vice President Steve Minn, whose company has redeveloped parcels of Lake Street and Franklin Avenue and other parts of the city.

City officials anticipate the planning process could take two years before construction begins. By that time, they are hopeful that economic conditions will have improved.

“We encourage developers to respond to the Request for Qualifications for this key downtown site,” said Andrea Brennan, the city’s interim director of community planning and economic development. “We are very interested in partnering with a developer to work on a development proposal which fulfills the City’s development objectives.”

City Council Member Lisa Goodman, who chairs the city’s economic development & regulatory services committee, said that the “flexibility of downtown zoning allows for a wide variety of uses and the ability for unlimited height makes this a very attractive development site.”

Editor’s note: An earlier version of this story incorrectly reported that the city had issued a Request for Proposals for this project.