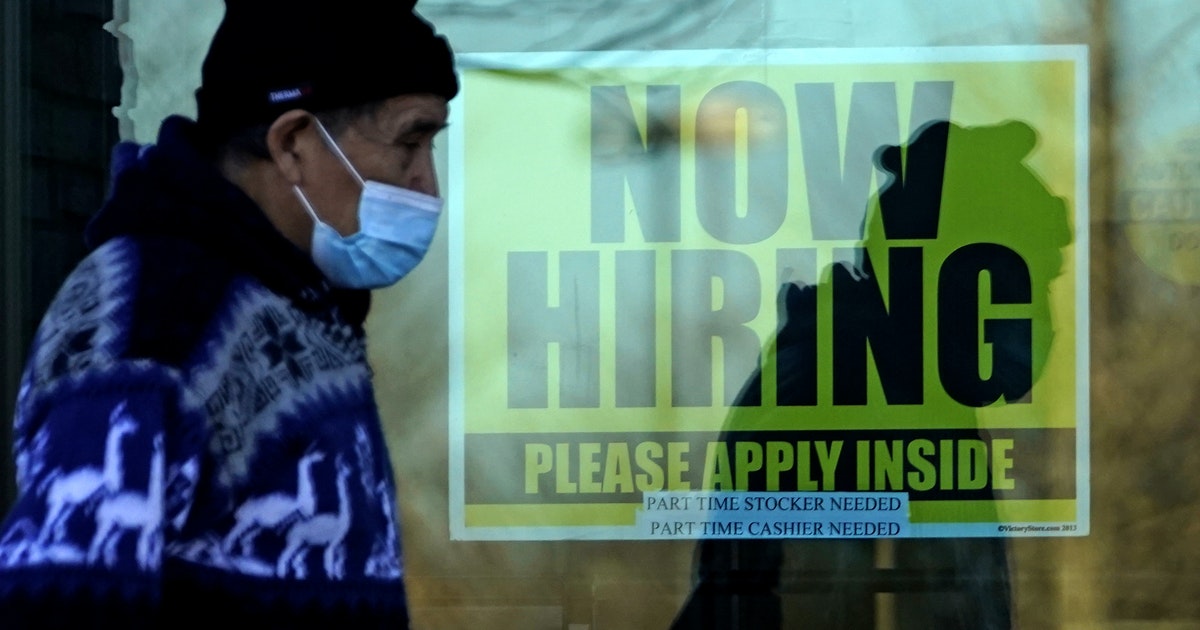 The jobs recovery in Minnesota teetered last month even before new restrictions on restaurants, bars, and gyms took effect.

The state lost 12,600 jobs in November, according to data released Thursday by the Minnesota Department of Employment and Economic Development (DEED).

Job growth had been slowing down in recent months after having bigger bouncebacks earlier in the summer. But November was the first month since April when more jobs disappeared than were added.

Those losses also erased most of the state’s job gains from October.

The report was based on a survey taken the second week of November, a week before Gov. Tim Walz for a second time halted indoor services at many businesses to slow the spread of coronavirus.

“There was probably some anticipatory factors of not only dialbacks but also just increased spread of the virus that led to a decrease in consumer confidence and activity,” said Steve Grove, commissioner of the Minnesota Department of Employment and Economic Development (DEED).

He added that the impact of latest round of business restrictions, which has contributed to the recent spike in new unemployment applications, will be reflected in next month’s jobs report, which is likely to show even more economic pain.

“I think the big picture here is that our recovery is not going to be linear,” Grove said.

Earlier this week, the Federal Reserve indicated that it expects the economy to recover at a faster pace next year than it initially expected after vaccines are distributed to the general population. But Fed Chair Jerome Powell warned that the next few months could be very challenging.

There have been other signs of a weakening economy amid the nationwide surge in COVID-19 cases this fall and winter.

On Thursday, the Labor Department reported an unexpectedly high number of new jobless claims in the U.S. The number of new state claims came in at 885,000 on a seasonally-adjusted basis, an increase of 23,000 from the previous week, reaching a level not seen in three months.

In Minnesota, the state has seen the number of unemployed workers requesting jobless payments climb back up to above 300,000 a week after having declined for several months to a low of 260,000 in early November.

Some of that uptick is related to the typical seasonal loss of construction jobs, which this year seems to have gotten an earlier start given the big snowstorm in October, Grove said.

“But there’s no question that part of it, too, is just the hit our economy is taking again as Covid spikes,” he said. “It’s another stark reminder of how inextricably linked this pandemic is with our economic stability.”

In November, the state’s biggest job losses were in leisure and hospitality, which has been the hardest hit sector during the pandemic. That category lost 10,400 jobs last month.

In addition, manufacturing lost 1,900 jobs, construction was down 1,500 jobs, and transportation and utilities declined by 1,200 jobs.

Government lost 2,300 jobs, largely due to the end of work on the 2020 census, officials said.

Those cutbacks were partly offset by some job gains in financial activities, professional and business services, and education and health services.

There was a sliver of good news in the monthly data. The state’s unemployment rate fell slightly to 4.4% last month, from 4.6% in October. By comparison, the U.S. jobless rate slightly dropped to 6.7% in November.

In the previous two months, the significant declines in the state’s unemployment rate had been almost entirely due to workers dropping out of the labor force. But November’s reduction was because of the opposite.

About 20,000 Minnesotans moved back into the workforce and found employment.

Grove said he thinks that could be because more people were feeling the economic pinch and decided to look for work. In addition, he said more self-employed workers seem to have ramped back up, possibly because their unemployment benefits are set to run out when the Pandemic Unemployment Assistance (PUA) program expires on Dec. 26.

Even so, another 80,000 workers or so in Minnesota who left the labor force in September and October remain on the sidelines.

State officials acknowledged that the two data points — the lower unemployment rate and the loss of jobs in November — seem contradictory. But they noted that they come from two separate surveys that measure things differently.

For example, the payroll jobs survey does not include self-employed work, said Oriane Casale, the director of the state’s labor market information office. But the unemployment rate does count someone as employed if they are self employed and works as little as one hour a week.

More than 100,000 Minnesotans who have exhausted their regular unemployment payments were expected to lose their extended benefits later this month. But state lawmakers reached a deal earlier this week to extend benefits for another 13 weeks.

At the same time, federal lawmakers continue to negotiate this week on a relief package that would provide a federal extension of unemployment benefits and the potential for an additional $300 a week in payments. The deal could also extend PUA, the unemployment program for self-employed and gig workers.

The November jobs report also showed some improvement in the unemployment rate for workers of color, who have been disproportionately impacted during the pandemic.

The jobless rate for Black Minnesotans fell to 11.1% in November. While still quite high, that was down more than four percentage points from October when it was 15.4%. For Latino Minnesotans, the unemployment rate dropped to 7.7%, from 9.6% in October.

While state officials were hopeful the trend continues, they noted that it was another reminder that Minnesotans have not been equally impacted by the pandemic and recession.