Airports are no different, but the Brainerd Lakes Regional Airport is on the up and up with big plans for the future.

Air travel decreased in the early spring this year as travel restrictions went into effect to help slow the virus’ spread. And even with the economy opening back up, flights still can’t be booked at full capacity. Summer flights to and from the Brainerd Lakes Regional Airport are typically 90-100% full. Right now they can only run at about 60% capacity, per Delta’s company restrictions. Middle seats are blocked off to allow for social distancing. But the airport’s commercial aviation business is picking up speed again, and so is its other branch — general aviation.

From private flight instruction for young learners with an aviation dream to corporate pilots flying across the globe, general aviation encompasses a broad range of flight and contributes significantly to the local economy, officials said.

Representatives from the National Air Transportation Association journeyed to the north-central Minnesota Airport Thursday as part of their General Aviation Advancing America program. They’ve toured airports all over the country talking about infrastructure, community engagement and the importance of general aviation — especially in rural areas — for job creation and economic development.

“The general aviation and private sector has just exploded,” Waguespack said. “It’s historically been perceived as a leisure luxury, and now it’s turned into an essential method of travel, and we really don’t see that changing.”

Right now, national aviation is about 90% personal flight and 10% business, Waguespack added. And he expects that to drastically change in 2021 as both employees and employers realize people can work from virtually anywhere with the right technology.

Obitts said in May, a couple of months into the pandemic, they started seeing an uptick in questions about how to charter a private plane, with people needing to get kids home from college or needing to transport immunocompromised family members. There was also a need, he said, to transport COVID-19 patients in rural areas to hospitals for treatment, and to transport cargo, like medical supplies. All of a sudden, airports were shifting business models from a few commercial flights a day to hundreds of general aviation planes, Obitts said.

With the big shift, those at the National Air Transportation Association feel now is a crucial time to educate communities on the importance of aviation businesses and take the opportunity to figure out the best ways to work with various community partners to encourage regional growth around airports.

Wright and others present, including NorthPoint Aviation General Manager Joe Birkemeyer and Cuyuna Lakes Chamber of Commerce Executive Director Brielle Bredsten, filled their visitors in on the pandemic’s effects on the lakes area.

Birkemeyer said his business was quite slow in March. NorthPoint Aviation is the full-service fixed base operator for the Brainerd airport, providing fuel, de-icing and maintenance services. It also provides flight training, charter flights and other general aviation services.

NorthPoint is down about 15% on fuel sales compared to this time last year, largely due to canceled events, like the National Hot Rod Association’s Nationals event at Brainerd International Raceway.

In terms of maintenance it’s been fairly steady, he said, with people buying more personal aircrafts this year than normal. But he isn’t sure what to expect come winter.

Bredsten explained the area’s large hospitality industry and tourism draw with year-round outdoor recreational opportunities. Restaurants and bars, she added, have perhaps taken the biggest hit during the pandemic, but the manufacturing industry is trending the other way. She noted Graphic Packaging International, an international Georgia-based paper products company with a manufacturing facility in Crosby. Because of its link to the European market and the trending reduction in plastic usage, Bredsten said business has increased for the company, which is looking to add dozens of more jobs in the lakes area.

“There’s industries like that that I could see maybe connecting up with the airport usage and tourism as well,” she said.

And in terms of the weather climate, Waguespack and Obitts, who trekked from Birmingham, Alabama, and Washington, D.C., respectively, were shocked after hearing about the mid-October snow in the lakes area forecast for this weekend.

When asked about their first impressions of the Brainerd Lakes Regional Airport — particularly its new NorthPoint Aviation general aviation terminal — Waguespack said he felt it was simple and clean, which is good for those coming into the community for the first time. He also said he loved seeing Wings Airport Cafe because it shows community engagement.

Obitts finished off the meeting with information about new legislation coming from Capitol Hill in the near future with more relief funds for airports, including the Brainerd Lakes Regional Airport.

“We had some national leaders that deal with policy on general aviation type of issues, and they’re telling a good story out of the general aviation side of the air transportation industry,” he said.

As Wright looks to the future, he sees a sort of airport business park on the property centered around a maintenance repair overhaul facility, which would essentially be a large hangar offering maintenance and mechanical services on bigger aircraft.

“Those designs are being refined as we go through detail. But we’re drafting concepts like frontage roads and sewer and water and entry drives and things like that,” Wright said, noting the airport is essentially the front door to Brainerd from both the air side and with ground traffic coming in along Highway 210.

“So we want to make sure that we have this nice, presentable airport business park professional development area along Highway 210 as we develop the airport,” he added.

An economic impact study completed before the pandemic showed $30 million of economic activity coming from the airport each year. The activity comes from the several businesses already housed at the Brainerd Lakes Regional Airport, like NorthPoint Aviation, Brainerd Helicopter Service, Wings Airport Cafe and various car rental companies, among others.

There isn’t a set timeline yet, as the business park project will be largely funded with coronavirus relief funds. It was announced in April the Brainerd airport would receive nearly $18 million in funds from the Coronavirus Aid, Relief and Economic Security Act. It was later clarified the Federal Aviation Administration capped funds to cover four years of operating and maintenance expenses — about $4 million for Brainerd — and beyond that airports can apply for the rest of their grant allotment. That still leaves nearly $14 million for the airport to spend on capital expenditures, including the expansion project, Wright said, adding he doesn’t have specific tenants lined up yet and doesn’t plan to build buildings that will sit empty for a time. But the ball is still rolling.

“We’re building the program and establishing the foundations on where can those go when these needs arrive,” he said.

And even with the future expansion, Wright plans to maintain the airport’s “up north” feel and scenic views provided by existing trees and other vegetation on the property.

“That is one of the reasons people fly into central Minnesota is to get away from it all — enjoy our scenery, to enjoy our lakes, to get out and hike in the woods,” he said. “And as an airport director and as an airport commission, I think we all keep that in the balance, the need to drive business to the need to keep the needs of our community going. And at the same time, how do we do that while enjoying our environment and our nature?” 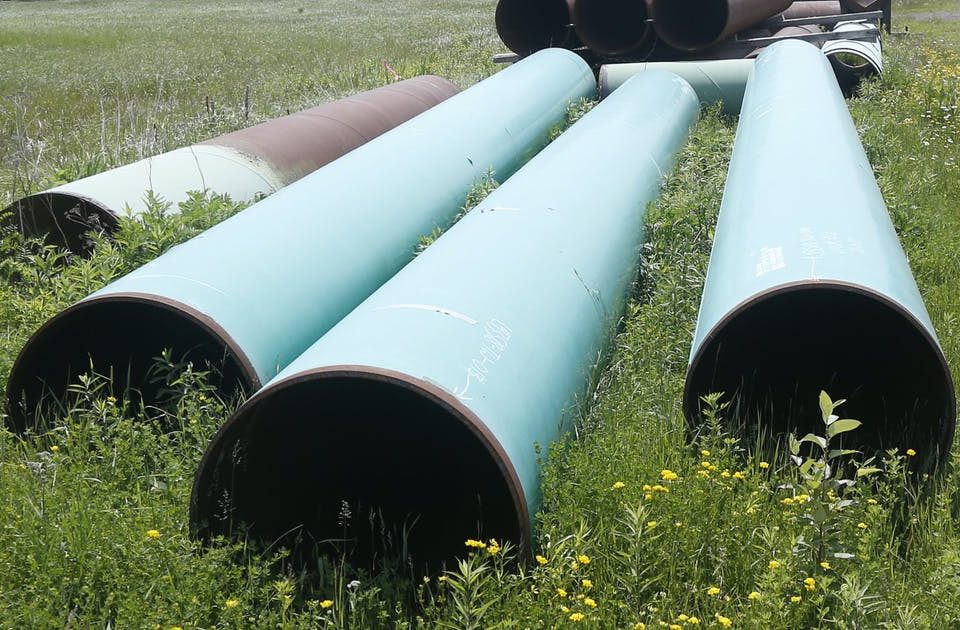