Harvey Mackay: A lesson from Larry King — don't be predictable 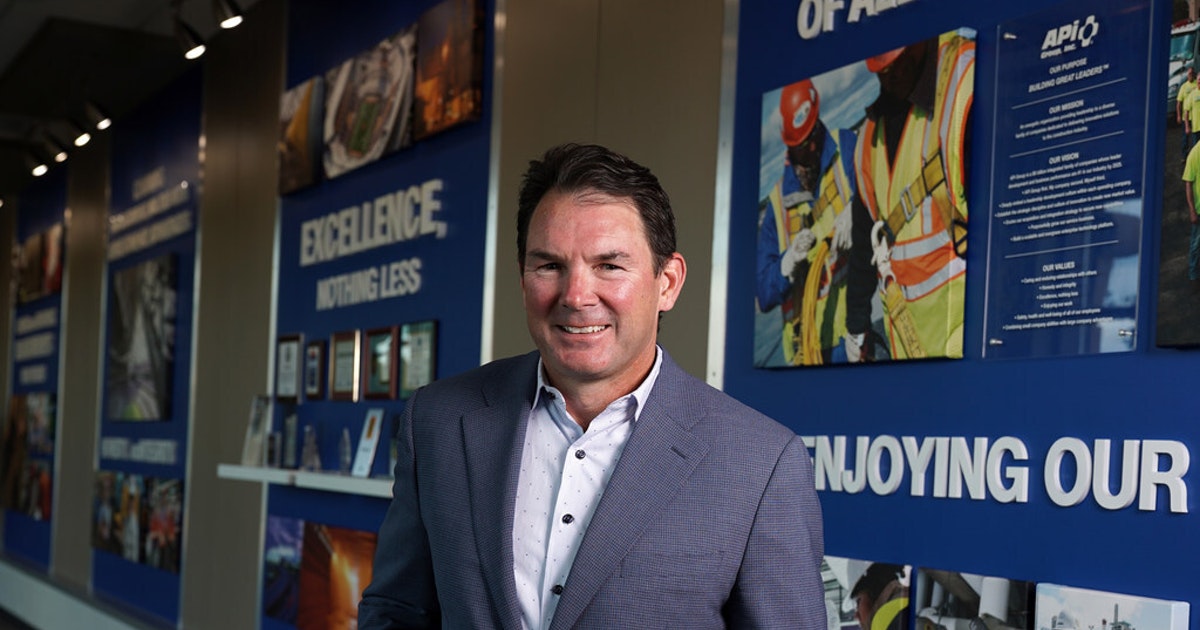 Ryan Miest, a veteran mergers-and-acquisition lawyer in Minneapolis, saw a hot year for buying and selling companies cool in a hurry in 2020.

The change happened in February, even before workers abandoned offices, and came after a record year for transactions in 2019, said Miest, co-chairman of the M&A practice at Fredrikson & Byron.

“The daily news of COVID was getting worse,” Miest recalled last week. “We were seeing the vast majority of our deals terminated or put on the shelf. An anxious time for sellers.”

But one Twin Cities tech company, Agosto, a provider of cloud services with an office next to Target Field, continued to forge ahead with plans for a sale. In April, it became Miest’s first virtual deal.

And that’s how deal making went in Minnesota last year — onward but different.

There were 113 M&A transactions on the state’s business scene last year, the lowest number in a decade. However, the value of those deals — $11.7 billion — was 10% higher than in 2019 and better than four other years in the last decade.

Nationally, despite a pickup in the third and fourth quarters, 2020 compiled the fewest number of deals in the last decade. The 8,080 transactions in the U.S. last year generated $1.5 trillion in transaction proceeds. That was not the lowest, because company valuations had risen over a decade of economic recovery.

From the experience, Miest said he learned, “You can execute a deal start to finish virtually. Our deal numbers and volume at Fredrikson almost equaled 2019.

The deal volume got pushed to the second half. Almost all of it remote.”

Other deals in Minnesota ran the gamut in value.

Four-year-old A360 was a digital-accessibility auditing firm that helps organizations serve users with disabilities across websites, mobile apps and other digital assets and comply with international guidelines.

The company had grown to 42 people, 40 of whom will remain, said Mark Lacek, the veteran marketer and business owner who was the principal owner of Accessible360. A360 has hundreds of customers.

The 2020-announced sale of publicly held MTS Systems of Eden Prairie, a maker of industrial sensors and testing equipment, has led this year to the announced sale of MTS’ largest business by the new owner.

The MTS testing business, which accounts for 60% of MTS’ near-$830 million in revenue, will be sold to Illinois Tool Works after the $1.7 billion acquisition of MTS by Amphenol Corp. closes this summer.

The deals end the 62-year life of MTS as an independent provider of tools and systems for manufacturers and the military to test products against extreme temperatures, pressures and shocks. Connecticut-based Amphenol, best known as a maker of coaxial cable and fiber-optic connectors, chiefly wanted MTS to expand Amphenol’s sensor and sensor-based products.

That’s second only to $85.3 billion raised from 2014 deals. The volume in 2020 was fueled by 20 companies that each raised more than $1 billion from their IPOs, including venture-capital backed companies such as Airbnb and DoorDash.

Minnesota has largely whiffed on IPO activity for a decade.

It did record two traditional IPOs: Minneapolis-based JAMF Holdings and Wayzata-based Trean Insurance Group. JAMF, priced at $26 per share, raised $468 million. The shares have risen to $38 since.

Recently, special purpose acquisition companies, or SPACs, have risen as alternatives to IPOs. They are organized to raise money and find companies to take public.

According to PitchBook and the National Venture Capital Association, 250 SPACs went public during 2020 up from 53 in 2019 and 36 in 2018. New Brighton-based API Group, a provider of safety, specialty and industrial services, went public by SPAC in 2019 and also has made acquisitions since it became public.

API was acquired by J2 Acquisition Ltd., a public company formed in 2017 by former principals of consumer products company Jarden Corp. They formed J2 with $1.25 billion in search of an operating company. J2’s shares were traded on the London Stock Exchange before acquiring API in 2019.

API subsequently has been listed on the New York Stock Exchange. It boasts revenue of about $4 billion and a market value of $3.4 billion.

API announced four acquisitions in 2020 that were worth $300 million. The largest purchase is the SK FireSafety Group, a Netherlands-based company that provides fire and life safety services to a variety of industries in northern Europe. API provides safety, specialty and industrial services, mostly in North America.

The outlook for deals in 2021 is better — virtual and otherwise.

“Leading drivers of acceleration in the M&A market should include the abundant supply of targets, renewed M&A demand [for corporations and P-E funds] with significant amounts of capital, as well as incremental deal activity from SPACs,” Baird, a Milwaukee-based investment bank, forecast.