Last Minute Thanksgiving Take Out Options That Are Still Available

Rochester Farmers Market moves inside, forges ahead with online 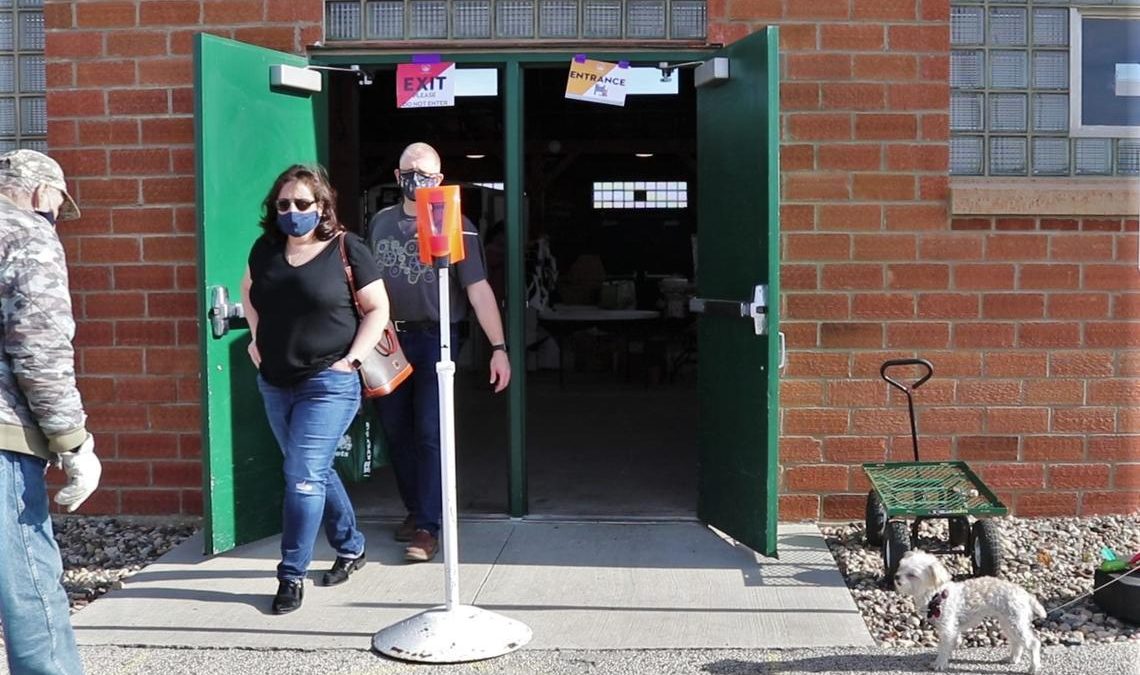 The Rochester Farmers Market on Nov. 7 was unusual because many of the attendees were sleeveless. The area topped 70 degrees at some point in the afternoon, way above the average temperature for the time of year. The weekend was the last encounter of record November warmth in the state before rain, snow and freezing temperatures settled in for good.

And the market in Rochester, which features products all raised within 50 miles of the city, is ready for wintertime as Nov. 7 marked the beginning of the indoor season. From November to April, the Rochester Farmers Market is held inside buildings 31 and 35 at Graham Park. The growers market is also proud to continue its so-far efficient online market.

The Rochester Farmers Market Online is preferred by customers who want to enjoy local products without leaving their car or home. Once a customer is registered, the process is straightforward. All available foods and items are listed in a directory that can be categorized by producer, product or price. Users can even filter products by their attributes, like gluten free, Certified Naturally Grown and so on. Online ordering is open from noon Sunday until 11 p.m. Wednesday, for pickup or delivery on Saturday.

Ruth Arhelger, coordinator of the Rochester Farmers Market Online, said that farmers can decide exactly what products they want to sell online.

“We make it so that (farmers) can just show up and still get their products in the hands of customers without actually seeing or interacting with them,” Arhelger said. “It might not be the favorite method, but it is a safe method.”

Safe is why the Rochester Farmers Market switched from wholesale to retail in March when the COVID-19 pandemic hit, said Arhelger.

“And it’s worked well enough so we’re just going for it,” she said. “People like ordering things online.”

She said some online customers have underlying health conditions or are worried about COVID-19 exposure, while others may have a big family to take care of or a busy work schedule.

“There’s a thousand reasons,” she said. 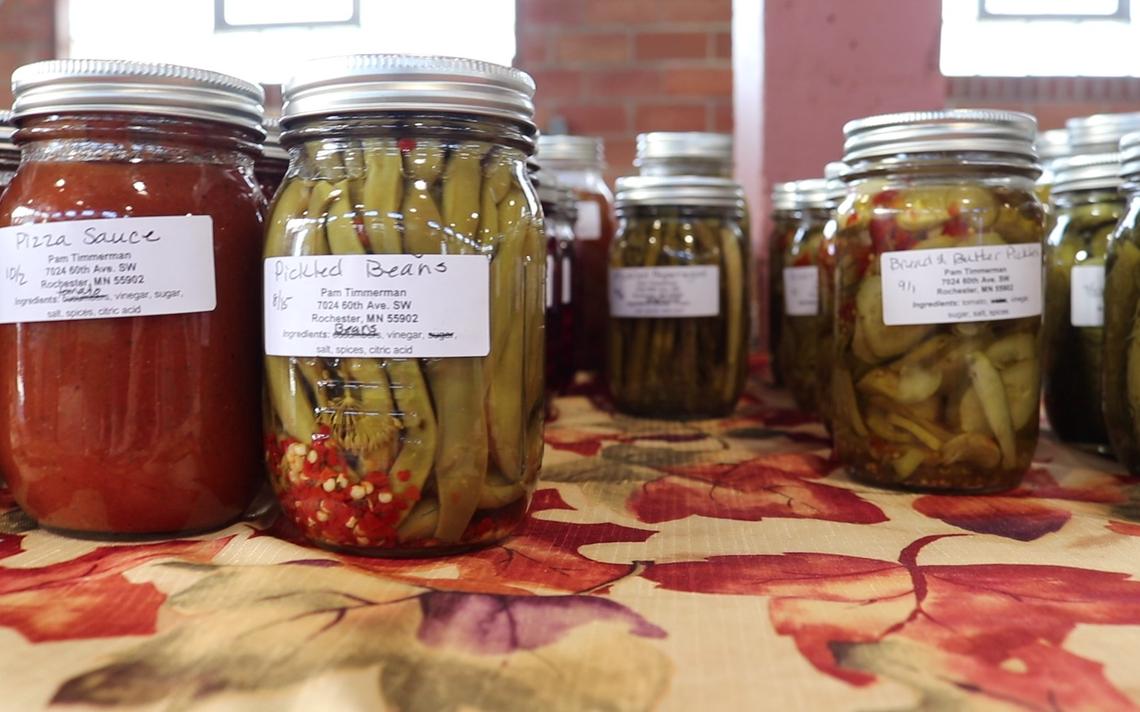 Cathy Moenning of Moenning Meats, a family farm near Dodge Center, Minn., said they have at least 15 online options for market customers to choose from. Moenning Meats can be found at the Rochester Farmers Market year-round with locally raised pork and beef, along with a variety of retail cuts and snack products.

She said the most obvious difference between the outside summer markets and the indoors winter markets is the weather. Fewer customers make it to the market in the summer when the conditions are poor, Moenning said, but people know they’ll be inside for every winter market.

“We have a lot of the same awesome customers that come all year round,” she said. “So we like to see them outside or inside.” 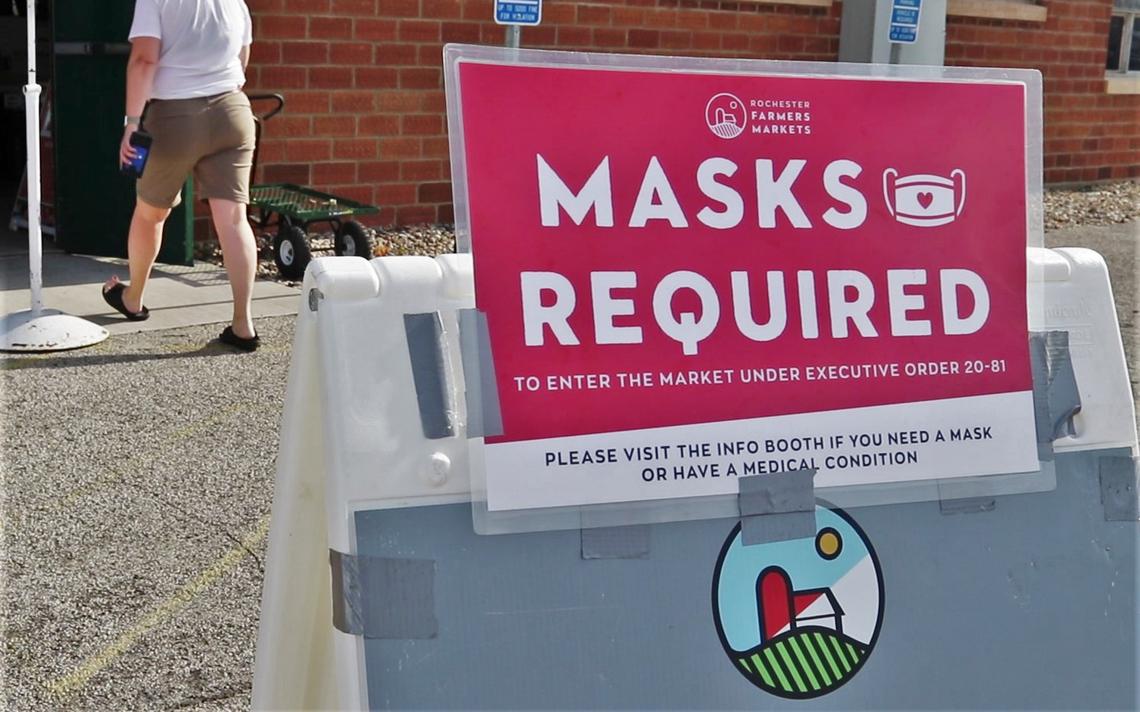 Moenning said “snow birds that go down south” for the winter are probably some of the only lost business the farmers market sees during the colder part of the year.

“Otherwise we have a lot of very devoted customers here, as well as all of our vendors that operate year-round,” Moenning said. “Farming is a year-round operation, and people need to be fed.”

The operation at Moenning Meats, which dates back to 1939, is sustained by effort from the whole family. Moenning said her husband, Paul, has been farming his entire life, and she’s been a part of that for the 30 years they’ve been married.

Now the family’s third generation can be found helping at the helm. John Moenning, 14, is a regular at Saturday markets and was in attendance helping his mother on Nov. 7.

“I don’t have to make him come — a lot of these pigs we are selling are his pigs,” Moenning said.

Moenning Meats is also busy this time of year with the Thanksgiving turkeys they offer, which Moenning said they’ve been doing for the last three years.

“(The turkeys) are raised outside and fed a healthy diet of feeds,” Moenning said of the Broad Breasted White turkeys. “They grew rather well this year, and we already have them processed and in cold storage.”

She said the family had around 50 turkeys to sell this season and, as of Nov. 7, there were only three birds left to sell.

“It’s a different venture, and we’re still learning,” Moenning said of the turkeys. “But we’re enjoying them.” 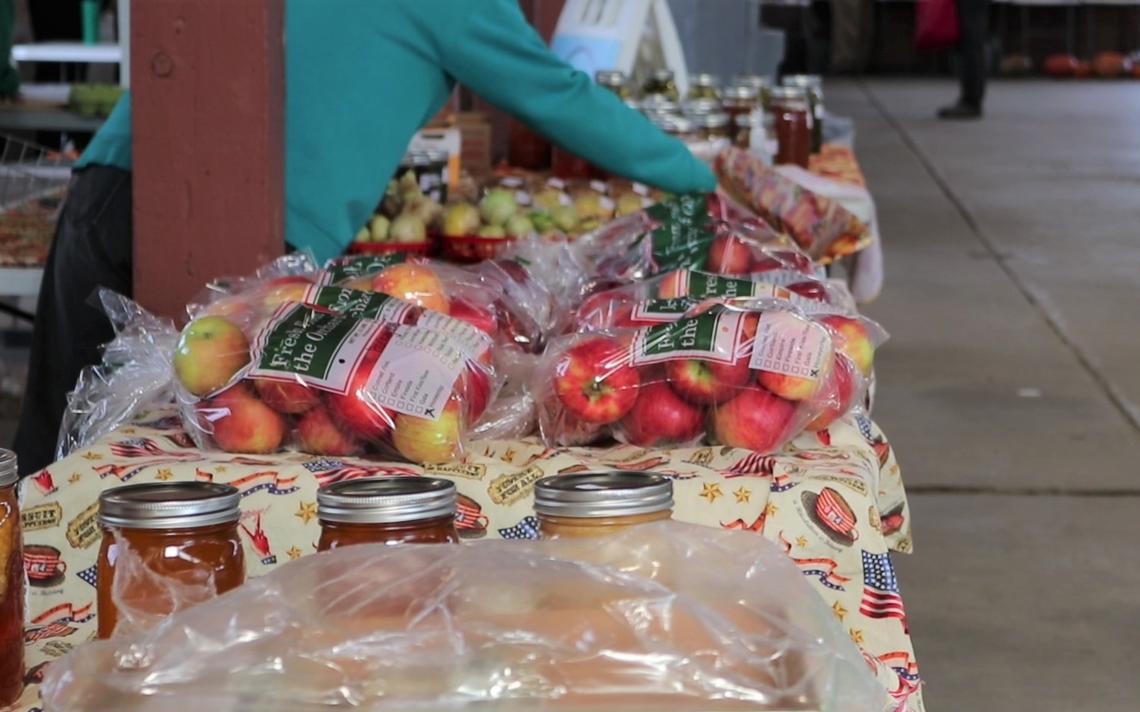 Some other year-round faces at the Rochester Farmers Market are Brian and Lisa Petersen of Greenleaf Gardens, just north of Rochester. The couple and their children have been farming organically for over 24 years and have been selling at the Rochester market for about as long.

Lisa Petersen said they knew the Nov. 7 market would be well-attended because the sun was shining outside.

“We find that when it’s sunny — even when it’s also cold, we’ll be busier,” she said.

The online market is going well for the family, Petersen said, and it’s helped them make up for a slight decrease in the amount of customers coming to buy products in person. But managing the separate workload is a learning curve, she said, as farmers are responsible for packing the products that customers order from them.

“It’s more work for us, for sure, a lot more work,” she said. “But we’re reaching people that probably wouldn’t buy from us if they couldn’t order online.”

It’s obvious in the way they interact with other sellers while setting up shop and closing down that the Petersen family considers other vendors at the Rochester Farmers Market a part of their extended family.

“It’s a really good market to be a part of,” Petersen said. “Which is why, I guess, it’s the largest growers market in the state.” 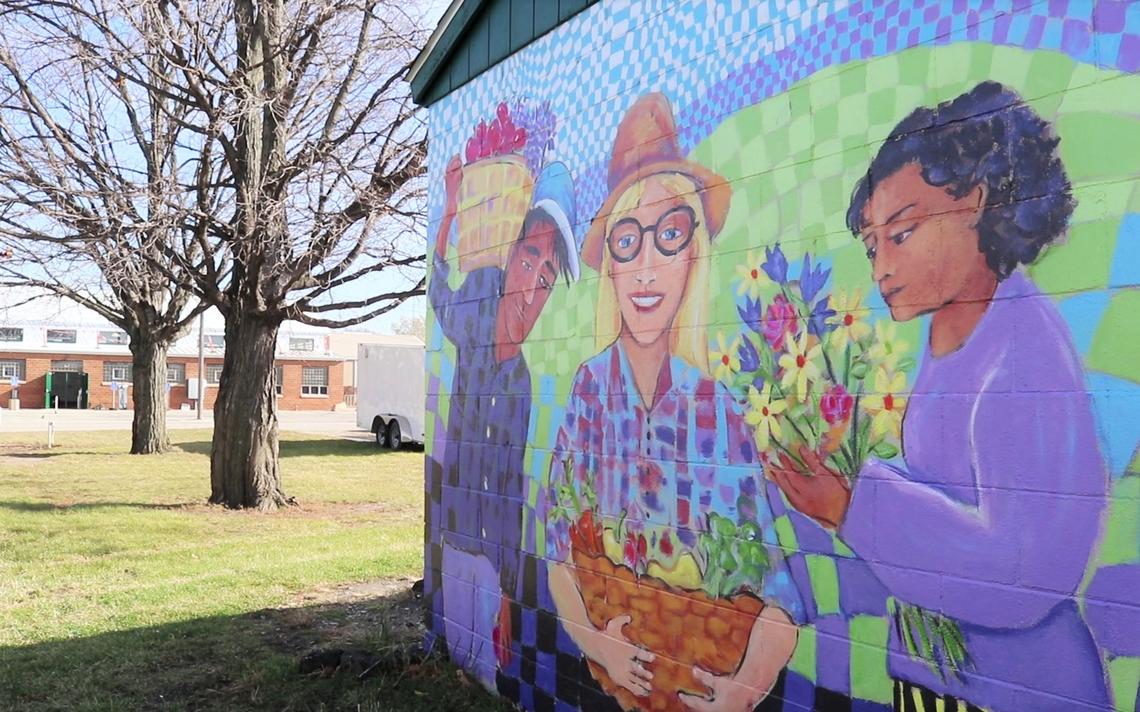 Margo Warthesen of Many Hands Garden is the longest-serving vendor at the Rochester Farmers Market. Currently the Brussels sprouts and onions are the hottest items at her stand, she said, because it’s “soup season.”

Warthesen, who was operating her stand alone on Nov. 7, said she takes a few weeks off from the market after December.

“So I can go ice fishing, which I love, or sleep,” Warthesen said of her time off from the market. “I need a little down time, and I’ll be out of stuff by then too.”

She’s not selling her products through the online market, but said it seems to be working well for other vendors.

“I just don’t have enough hands to be able to unload everything for online and then get ready over here for in-person too,” Warthesen said.