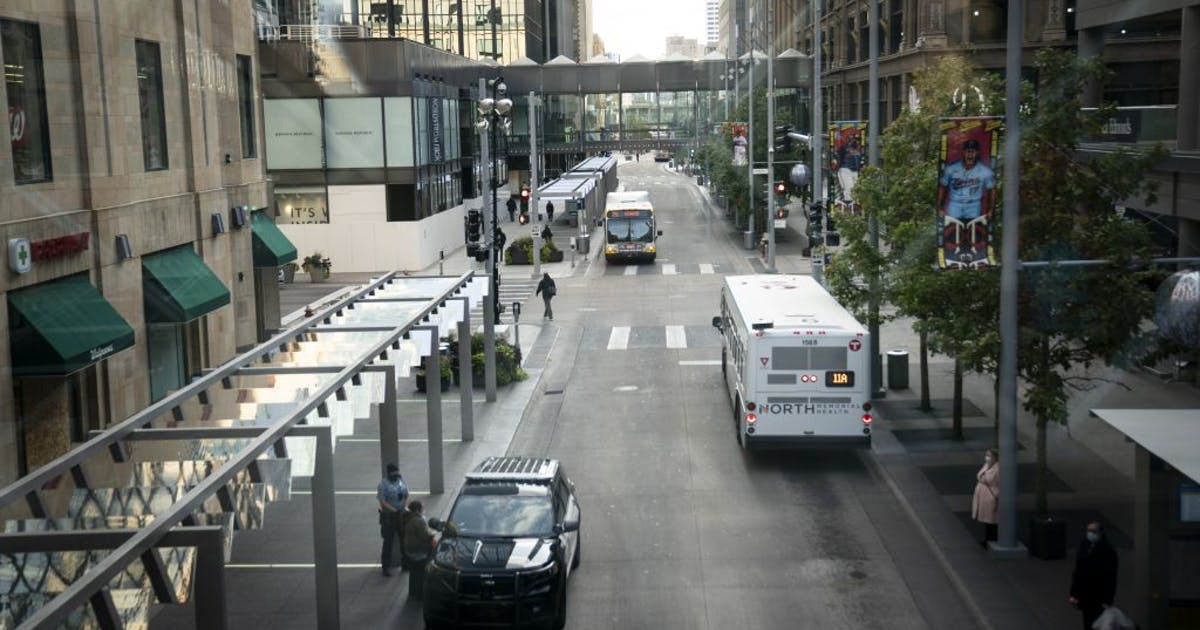 With the pandemic already upending commercial real estate, this summer several tenants in Minneapolis offices quietly asked their real estate brokers to explore fresh leasing options in the suburbs. The issue: concerns about safety in the city.

By August, Coldwell Banker Richard Ellis (CBRE) and other Minnesota real estate companies “had a list of like 48 tenants that we were really concerned were going to leave” the city, said CBRE vice president Ann Rinde.

None have packed up yet. “And I am aware at least 10 have recommitted to downtown,” she added.

But a waiting game is in play for the other tenants, some who have years left on leases, adding more uncertainty for those who own and manage downtown offices.

Businesses holding 250,000 square feet of offices in downtown Minneapolis are on the lookout for suburban leases, the Downtown Council and several real estate firms confirmed, declining to name clients, citing fear of community reprisal or weakened leverage. Some industry experts spoke on the condition of anonymity, citing the sensitive nature of the issue.

Most interviewed for this story noted the 250,000 square feet in question is a trickle against 30 million square feet of office space currently leased downtown. Still, conversations over the last few months have Minnesota brokers insisting that safety remains top of mind for business executives and owners also juggling the COVID-19 pandemic that sent most office employees home to work.

“A trend to keep an eye on is the rise in suburban interest among tenants that are currently residing in the Minneapolis core business district, as corporations deal with issues of COVID-19, public transportation, cost of parking, civil unrest and city politics,” said Colliers vice president Claire Roberts. “The social unrest and conversations around reducing or dismantling the Minneapolis Police Department have made many tenants in the Minneapolis core business district — especially national tenants headquartered outside of Minnesota — look at their downtown spaces in a new light.”

Local brokers said it is probably a matter of time before the pendulum swings the other way. For now, some city clients want the scoop on suburban options. Other downtown businesses said they will stay but vowed to keep employees working from home until their city lease expires. A few others are calculating the financial penalties involved in breaking a lease.

Minneapolis Downtown Council President Steve Cramer said he is certain the city will shore up confidence in safety, but has yet to “stick the landing” with actions that put businesses at ease.

Anxiety arose after riots erupted in Minneapolis and St. Paul after George Floyd was killed by Minneapolis police in May. Violence erupted again in August following a false rumor that police had killed a Black man on Nicollet Mall. Between May and August, safety worries glowed hot when some City Council members and protesters demanded the city defund its Police Department to curb police brutality and racial profiling against Blacks.

Such demands have since quieted, but defunding discussions are “when my phone started ringing off the hook,” Cramer said.

The safety question rises after five years of strong business migration into downtown from the suburbs. Sleep Number, Jack Link’s, the Bobcat Co., United Properties and the student loan group ECMC Group all moved key offices into the heart of Minneapolis.

Gains haven’t screeched to a halt. Deluxe Corp. last month committed to move its Shoreview headquarters into the former TCF headquarters in Minneapolis in 2021. Separately, Principal Financial agreed to lease 45,500 square feet of space in 2021 inside the Two22 Tower, formerly Campbell Mithun Tower.

The two additions could help downtown, which has higher office vacancies than its smaller suburban peers.

Minneapolis-based Newmark Knight Frank, which scored the Deluxe coup, also has three commercial clients downtown scouting for new space so they can leave the city.

No leases have been signed yet. “But we have clients saying, ‘Let us go to the suburbs. We don’t want to deal with any of this stuff that is going on downtown right now. And more so, we don’t see [city] leadership with a solid [safety] plan right now,’ ” said Jim Damiani, Newmark executive managing director. Damiani said he shared those views with Mayor Jacob Frey during a recent Zoom call. “My point was … businesses vote with their checkbook. If we make it so that it’s not a safe environment here, they are going to move out.”

One Newmark client considered staying put on Nicollet Mall after the rioting ceased following Floyd’s death. But when looting and window bashing erupted on Nicollet Mall one night in late August, that cemented the client’s decision to leave the city. It’s now negotiating lease terms in the suburbs.

Jim Montez, commercial development and leasing vice president of Transwestern, which handles the leasing for SPS Tower, the newly remodeled Dayton’s Project and others downtown, said it was unfortunate some City Council members used the words “defund the police” when considering reforms. “That [term] was kind of a knee-jerk reaction without thinking it through. It got a ton of momentum. But it’s really hard to walk that back without a good explanation and a good solution,” he said.

Meanwhile, some see progress in the city addressing safety concerns. Rinde with CBRE said some clients who were upset by a lackluster police response to looting and fires along University Avenue, Lake Street, Nicollet Mall and West Broadway in May were comforted by the swift and firm police actions of the First Precinct police during the August unrest on Nicollet Mall.

“That left a lot of the business community feeling comfortable that the police are not going away and are enforcing the laws to make it safer,” she said. It helped some pause their plans to leave the city. “I hope we continue to make that progress.”