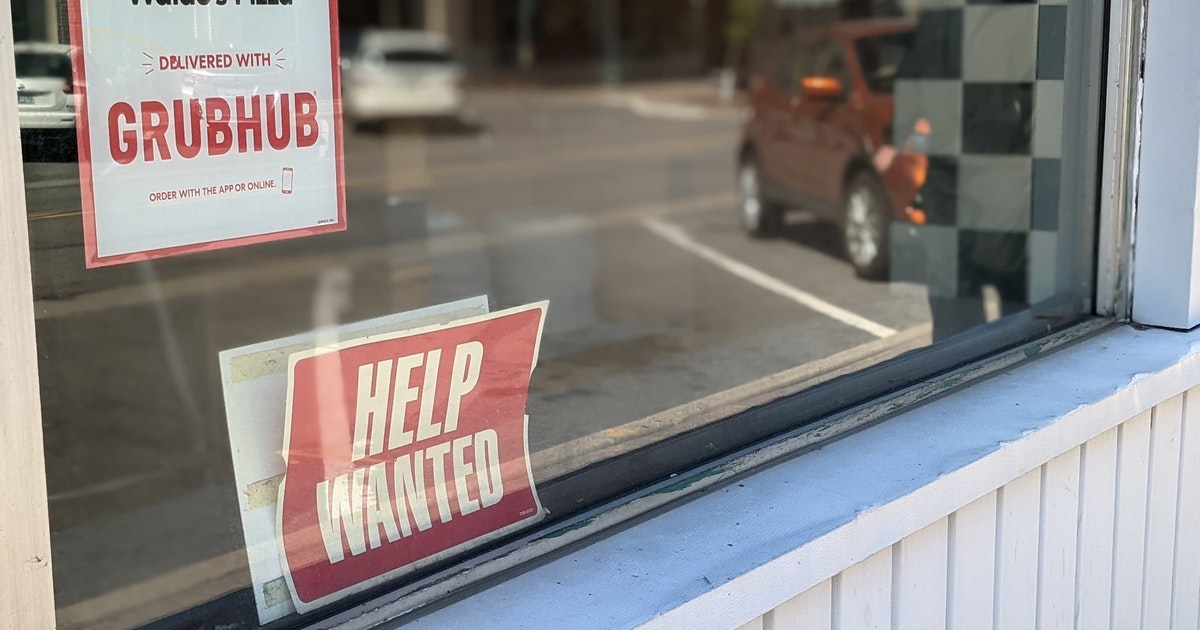 ST. CLOUD – Respondents of an informal survey of central Minnesota businesses cited expanded unemployment benefits as a detriment to hiring, which is causing companies to lose clients as they decrease output and forgo expansion plans.

More than half the respondents had up to seven open positions and a quarter had 14 or more openings — with the hardest-to-fill jobs being positions that make between $15 and $25 an hour.

Conventional wisdom holds that when a company is struggling to find labor, it can solve the problem by increasing wages or offering better benefits.

“It’s a complex system. It’s not an easy fix but it is important that we recognize there are some serious gaps and there are folks that are choosing not to take jobs,” Gartland said.

Between March and April, the St. Cloud metropolitan statistical area — Stearns and Benton counties — gained 1,314 jobs, or 1.3%, according to state figures released Tuesday. Meanwhile, the labor force grew by only about 240 workers.

While the area has about 4,800 fewer jobs than it did in February 2020, before the start of the COVID-19 pandemic, it is still taking about 40% of survey respondents more than six weeks to fill the jobs that are open. Respondents said the shortage is causing increased overtime (50% of respondents), employee burnout and turnover (47%), the halt of expansion plans (28%) and reduced production (27%).

Teresa Bohnen, president of the St. Cloud Area Chamber of Commerce, said the GSDC and Chamber are encouraging quick action by the state to address the issues.

“Our local business can’t afford to simply wait out this crisis until expanded federal unemployment benefits end on Sept. 6,” Bohnen stated in a release on the survey results. “We need the state to take the steps under its control to make a positive difference.”

Gartland and Bohnen met with area legislators Wednesday to promote the state better enforce job search and acceptance requirements for recipients to qualify for unemployment benefits, establish a process for companies to report nonresponsive applicants, add an incentive for those receiving unemployment benefits to return to work, and returning the maximum term of eligibility to pre-pandemic levels.

“Where we are in the pandemic event now — where the infection rates are, where vaccinations are going — that pendulum is swinging,” Gartland said. “Times have changed. But the benefits structure, the qualification structure and the enforcement structure hasn’t.”