Things we like: HotBox food fit for a case of the munchies 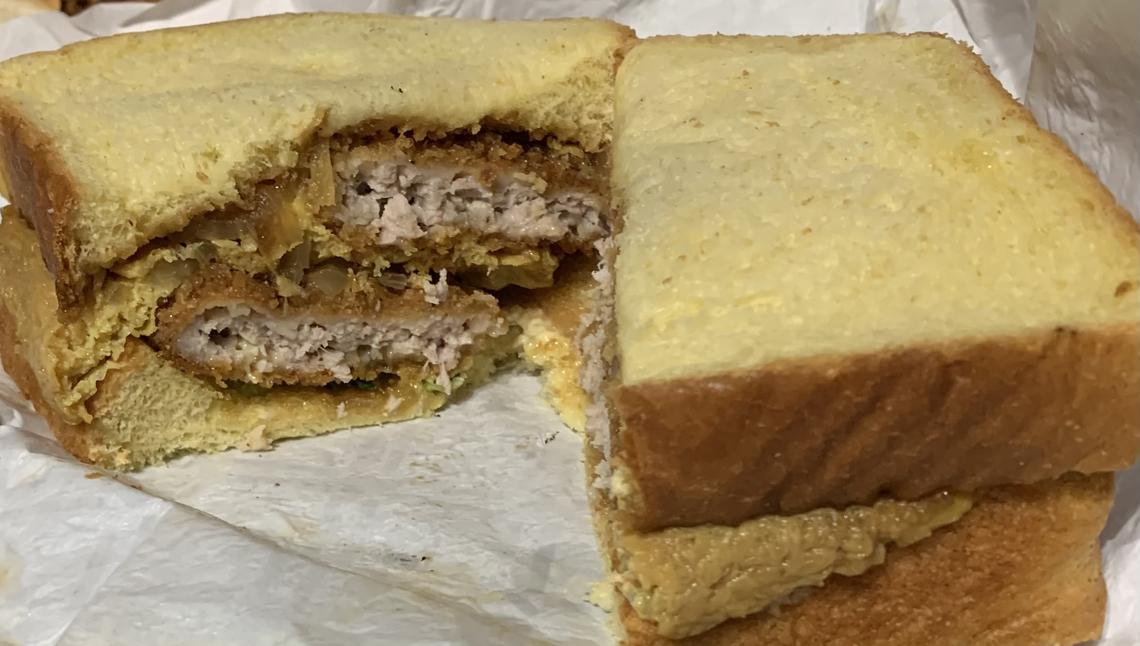 Dinner was passed through the car window, came in a handled box folded to a peak and, tucked within the stack of relatively inexpensive food was a plastic toy with instructions dating back to 1997. This is not your child’s happy meal. Or is it. Cut to an image of our daughter lamenting the shoddy 20th century mechanics of a plastic Goofy toy with wheels.

Toy or not toy, HotBox, the new pop-up alternating kitchen space with Gumbo Boi at Zeitgeist, is a ton of fun.

Rob Abrahamson’s concept is slightly elevated nostalgia food with “got-the-munchies” humor. So the macaroni and cheese is comfortable and gooey, yes, but it’s also covered in a layer of hyper-orange Flamin’ Hot Cheetos. The bulk of the menu is variations on the hot dog (including one with the Mac and Cheetos). The ristet dog, with its Danish roots, is good with its pickled cucumber, and the corn dog is a little better, topped with grilled corn-and-bacon mixed to an almost scalloped texture.

The saki comes through on the tonkatsu donburi sammy, which is breaded pork on thick, toasted bread. I ditched the bread for the last few bites.

Our cheezy hash cakes still had a sheen of grease, in a good way, and had a solid crunch level. The daughter went back for seconds.

The desserts are quintessential “raided the fridge” material: house-made Dunkeroos (animal crackers and Funfetti-style frosting) and Oreo Fluff with so much fluff, the perfect thing to spoon in while never breaking eye-contact with the A.C. Slater on your television screen.

The fortune cookie read like a code: a string of numbers that seemed to say, “We’re in your basement and you have carpeting on the walls.” 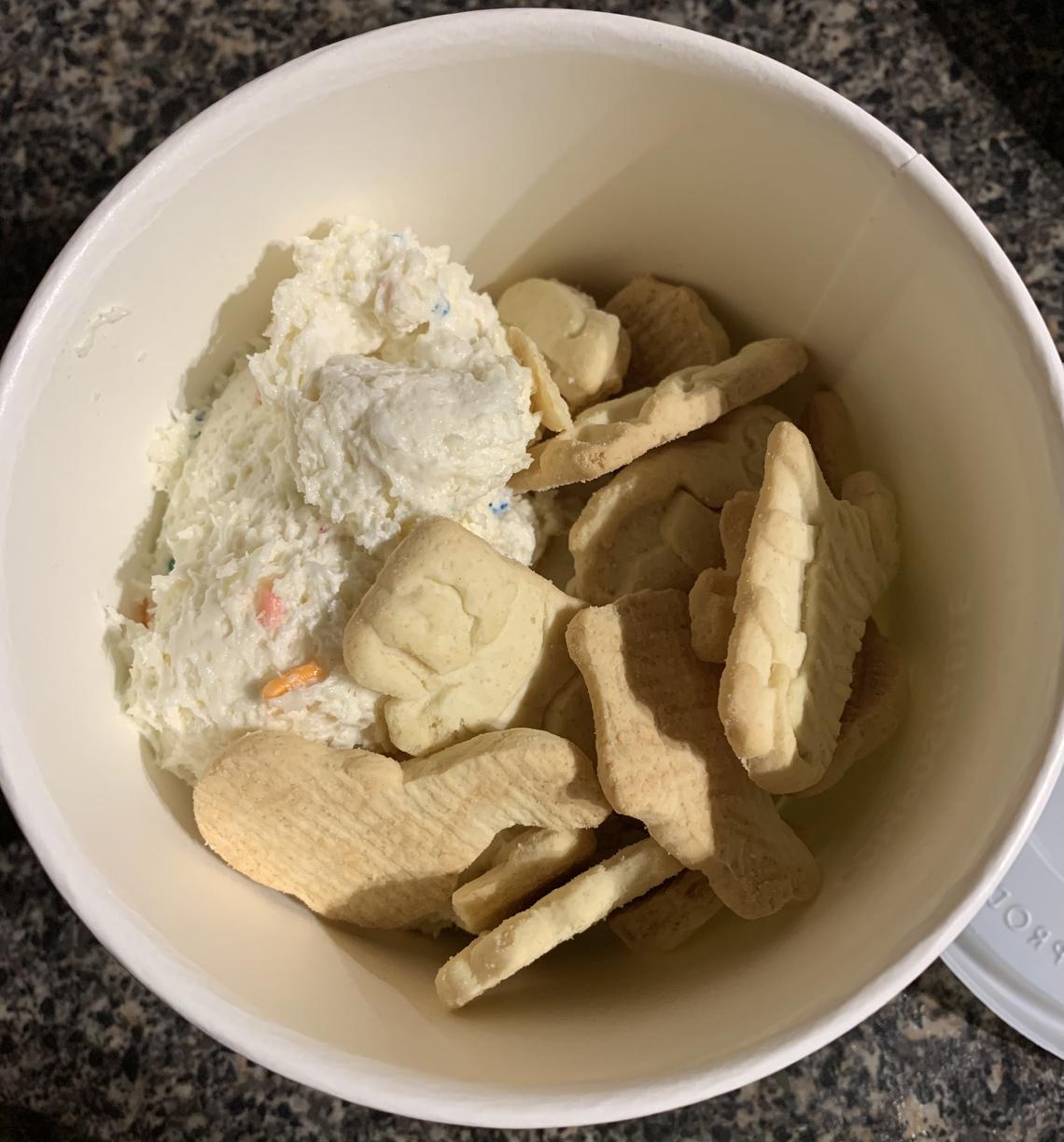 The house-made Dunkeroos are a throw-back to days of pantry surfing. (Christa Lawler / clawler@duluthnews.com)