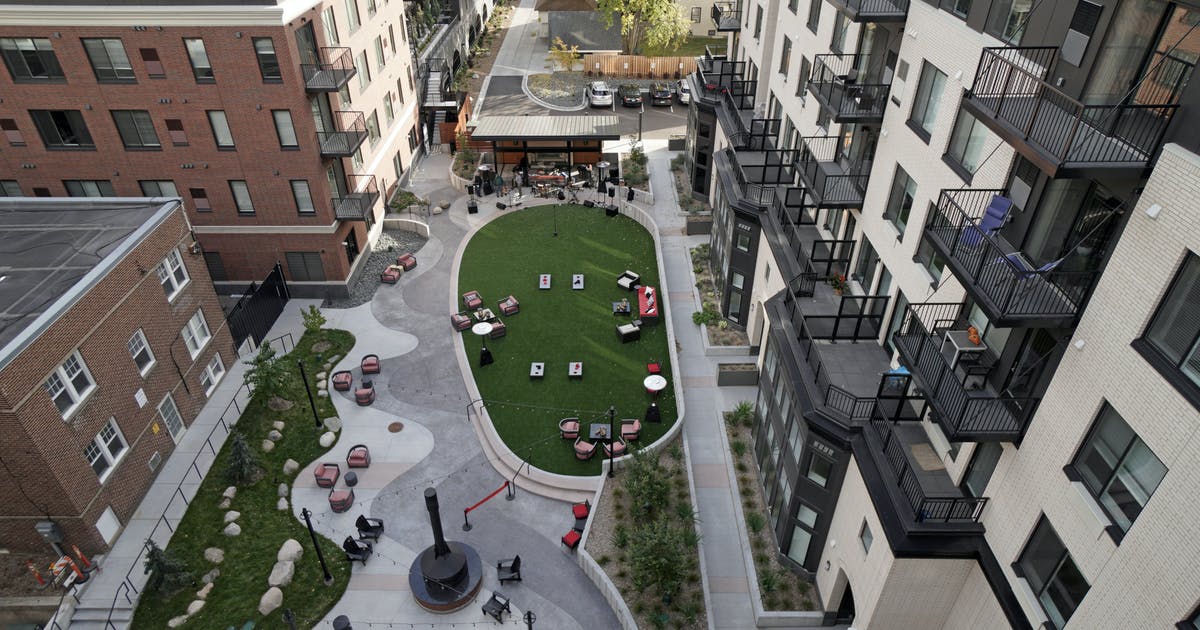 A glut of empty apartments in downtown Minneapolis and St. Paul and other parts of the Twin Cities metro means slightly lower rents and a raft of enticements for willing renters.

At the end of September the average vacancy rate in the Twin Cities was 3.6% for buildings not still being leased, an increase of more than a percentage point compared with last year, according to a third quarter report from Marquette Advisors. The average rent in the metro was $1,293, slightly lower than the previous quarter but 2.2% higher than last year.

Brent Wittenberg, vice president at Marquette, said the quarter-to-quarter decline in rents wasn’t a surprise, but occupancy overall held up better than anticipated.

“But that is changing,” he said. “We expect a more significant increase in vacancy in the fourth quarter.”

Vacancies varied dramatically by submarket, but were generally highest in the two major downtowns and several inner-ring suburbs where apartment construction has thrived in recent years. Rent declines also varied by submarket.

For years the rental market in the Twin Cities has been the envy of investors and property owners across the country and while the third quarter report is a departure from recent trends the average vacancy rate across the metro is still relatively healthy.

During the early and late 2000s the vacancy rate was more than double the current rate across the metro. There’s less precedent for what’s happening in the downtown Minneapolis submarket, where the average vacancy rate during the third quarter was 11.1% including new projects that are still in the lease-up phase. That’s slightly higher than in 2009 and in 2014, years with similar surges in construction.

Though there’s still a dire shortage of apartments that are affordable to low-income renters across the metro, owners of market-rate and luxury buildings are negotiating increasingly complex circumstances, especially in Minneapolis and St. Paul where the COVID-19 pandemic and rising crime in has stifled demand in urban core where there’s still a robust development pipeline of new properties.

That’s likely to change. Marquette expects another 2,400 units to open before the end of year, bringing the 2020 total to 7,684 new market rate units in the metro area. Another 8,500 new units are slated to open next year causing the vacancy to rise to an estimated 6.5% to 7%. Those figures include all new units in lease-up.

Much of what’s expected to be a temporary oversupply will be in downtown Minneapolis, where just under 2,000 units will have been added by the end of the year followed by another 900 units next year.

The increase in the vacancy rate is forcing some developers to alter their plans. “Some projects have been delayed or put on the shelf temporarily, some perhaps permanently,” Wittenberg said.

Stress is deepening at both ends of the rent spectrum due to both COVID and public safety issues, said Cecil Smith, a Minneapolis rental owner and president of the Minnesota Multi Housing Association (MHA).

Many of the most expensive apartments are in areas that have been impacted by public safety concerns and those renters have the resources to break their lease early and to move wherever they’d like. Luxury amenities are now unavailable in some buildings because of COVID restrictions, leading some to consider other options, including homeownership.

“We have a very rapidly evolving situation,” he said. “Those people bought a lifestyle and those amenities aren’t there, and if their sense of safety is in question then have the capacity to relocate.”

Property managers say many downtown renters are taking advantage of record-low mortgage terms and are buying homes, forcing them to offer incentives to fill apartments. Marquette says that in downtown Minneapolis and St. Paul about two-thirds of Class A apartments, which tend to be the newest and most luxurious, were advertising concessions ranging from four to eight weeks of free rent and/or discounted garage pricing. Those deals are not factored in rent calculations.

Lower-income renters are more likely to be financially impacted during COVID, and lack the resources to relocate. “COVID is affecting them economically, so you’ll see rent collections struggle,” he said.

On Thursday, the MHA said that a survey of over 31,000 market-rate units of MHA members on November 6 shows that 96% of renters in Class A buildings and 9 % of the renters older, less-expensive buildings (Class B) were able to pay their rent. Those figures are in line with previous months. In older, more affordable buildings in less desirable areas (Class C), only 84 % of renters were able to make their rent, nine percentage points lower than last year at the same time.

“We need to make sure that as much assistance is getting to renters as quickly as possible,” he said. “There’s growing concern and anxiety about the uncertainty that exists on multiple fronts including COVID, public safety and political stability.”