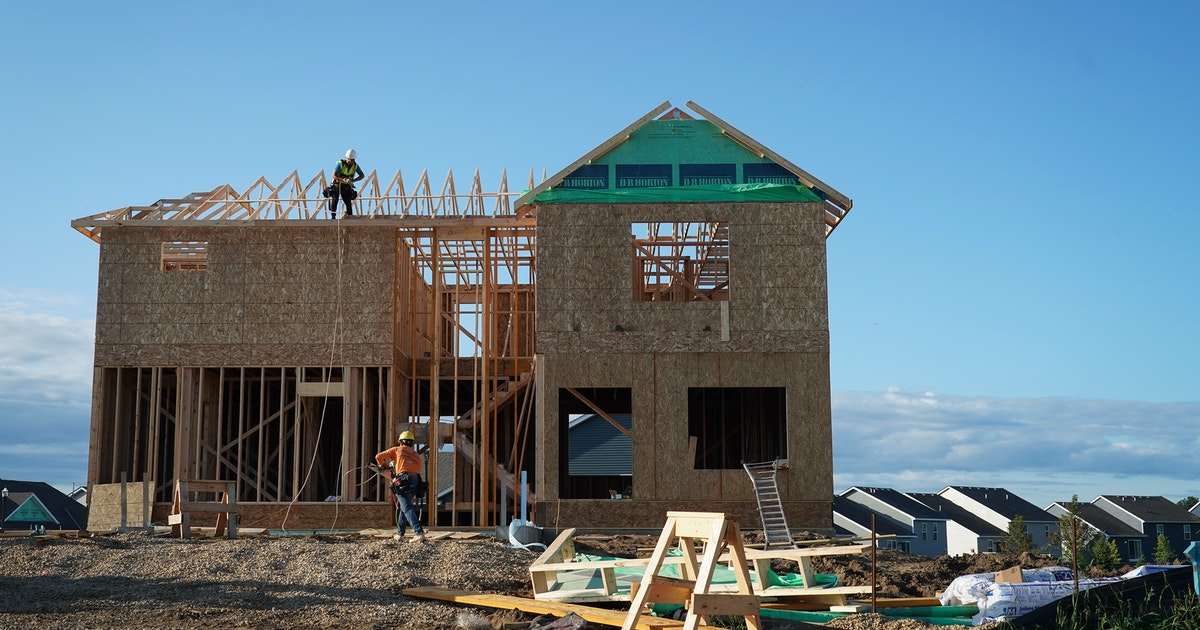 Home building in the Twin Cities posted whopping year-over-year gains during May, an increase inflated in part by the pandemic and government shutdown, which nearly clobbered construction last spring.

During May builders were issued 743 permits to build 1,284 units, according according to data compiled by the Keystone Report for Housing First Minnesota, the trade group that represents Twin Cities-area home builders. That was a 50% increase in total units, which includes single-family and multi-family housing.

Those monthly figures include 701 single-family permits, a 70% increase over last year. That gain was inflated in part by a steep and sudden decline in construction last year when the COVID-19 pandemic slowed sales, forced home builders to implement social distancing rules on job sites and stifled permit issuance when some municipal offices closed.

Real estate was considered an essential service and the industry quickly adapted. Demand – and production – has been strong ever since with low mortgage rates and a shortage of existing homes driving up new home sales in just about every price range.

On Thursday, Freddie Mac’s weekly mortgage rate survey showed the average 30-year fixed-rate mortgage fell to 2.95 %, a decline from the previous week when it averaged 3% and a year ago it averaged 3.15%.

Builders, though, are struggling to meet demand because of shortages of materials including lumber and various sheet goods that are produced using resins that are now in short supply. So far this year single-family permits are outpacing last year by 50%.

During April, the most recent month sales data is available, new single-family home sales in the Twin Cities metro were up nearly 27 % compared with last year, according to the Minneapolis Area Realtors.

Multi-family construction hasn’t been as robust. During May, developers were issued permits to build 583 units, mostly market-rate rental apartments. That was a 32% increase over last year. Multi-family accounted for 45% of all units during the month, a considerable increase compared with the previous two months.

“Unfortunately, the surge in new homes being built is still inadequate to meet the number of new homes needed in our region to bring our housing market to a healthy balance,” said Polifka.

For the month Cottage Grove issued the most permits (50), followed by Lakeville (49) and Woodbury (45).