WASHINGTON — The U.S. government on Thursday reached its borrowing limit of $31.4 trillion, and now a fractious Congress is faced with coming up with a plan to raise the debt ceiling if it wants to prevent a disastrous default.

Lifting the cap on how much money the United States can borrow does not authorize any new spending and simply allows the United States to finance existing obligations. It has been done many times with little fanfare, but lawmakers have demanded cuts in spending before increasing the nation’s borrowing authority.

With a divided Congress and a renaissance of fiscal conservatism in the GOP-led House of Representatives, a bitter and dangerous political battle over the debt ceiling is looming.

Why is the nation more than $31 trillion in debt and to whom?

The nation is in debt because it spends more than it raises in taxes or other revenues. The national debt has increased regularly every year for decades, spiking at times when the nation was forced to sharply increase spending (like during World War II and whenever the U.S. economy falls into recession).

The debt increased dramatically recently due to the Trump and Biden administrations’ responses to the COVID-19 crisis, which resulted in unprecedented federal spending to try to keep the U.S. economy afloat.

The debt is a result of U.S. borrowing through the sale of U.S. Treasury bonds across the globe. The federal government uses the money raised through these bond sales to pay financial obligations and interest on the national debt. Due to the global market for these Treasury bonds, a default “would have very serious consequences for the financial systems around the world,” said University of Minnesota economics professor V.V. Chari.

If the debt limit was reached this week, why isn’t the federal government in default?

The U.S. is not in default and won’t be until June or July of this year, because Treasury Secretary Janet Yellen has resorted to “extraordinary measures” to keep paying the nation’s bills. In a letter to Congress, Yellen listed two measures that will begin this month to prevent the government from defaulting.

Yellen has other “extraordinary measures” at her disposal. But when those measures are exhausted, the federal government would reach the “X date” and default on its obligations. That date is expected sometime in summer but has not been set.

What happens if the United States defaults on is obligations?

Since it hasn’t happened before, no one knows. But economists and Wall Street analysts say a default would be economically devastating and could plunge the globe into a financial crisis. They say that a default of the United States would cause markets to crash, businesses to fold and millions of job losses.

“This should be unthinkable for any policymaker,” Chari said.

The last time there was extreme brinksmanship over the raising of the debt ceiling, during the Obama administration, the credit rating of the United States was downgraded. But the debt limit was raised before default when a deal was reached to impose spending limits on both domestic programs and the military. The nation’s triple-A credit rating was eventually restored.

What are the political and partisan differences over raising the debt limit?

President Biden and Democratic leaders in Congress say the debt ceiling should be raised without conditions and negotiations over spending be made separately.

But to help win over 20 hard-line GOP House members opposed to his speakership, Rep. Kevin McCarthy, R-Calif., made concessions over the debt limit. McCarthy agreed that the debt limit would not be raised unless Congress slashes $130 billion in federal spending next year or implements broader fiscal reforms, which could affect popular entitlement programs like Medicare and Social Security.

Right now, both sides are dug in, something Chari said could lead to “chaos.” He also said the political brinkmanship is not new.

“We’ve been to this dance before in the past 30 years,” Chari said.

The economist also said he expected there will eventually be a deal. One scenario has Senate Minority Leader Mitch McConnell, R-Ky., negotiating a debt ceiling agreement with the White House and congressional Democratic leaders – which would freeze out McCarthy.

“Sensible people will find a way out of this,” Chari said.

What do Minnesota lawmakers think Congress should do?

Minnesota’s Democratic lawmakers are bashing House Republicans for demanding concessions to raise the debt limit – but some seemed open to a bipartisan deal.  The offices of the state’s Republican members did not respond to requests for comment.

“Defaulting on the debt would mean higher costs for Americans on their car loans, mortgages and credit cards – and it would put Social Security payments in jeopardy,” said Rep. Angie Craig, D-2nd District. “That is simply not an option. I am fully committed to working in a bipartisan way to address the debt limit and urging my colleagues on both sides of the aisle to do the same.”

Rep. Betty McCollum, D-4th District, expected to remain a senior member of the House Appropriations Committee in the new Congress, said, “Allowing the U.S. to default would be a disaster for our economy and for Minnesota families.”

“Let’s be clear: lifting the debt ceiling is about paying for past obligations, not about future spending as Republicans would like people to believe,” McCollum said. “They must stop playing political games with America’s full faith and credit.”

Meanwhile, a spokesman for Sen. Amy Klobuchar, D-Minn., said the senator “believes the debt ceiling should be raised on a bipartisan basis like it has in the past, including under President Trump. This is about making sure our bills are paid and our economy doesn’t fall into a downward spiral.”

And Sen. Tina Smith, D-Minn., was more blunt in the need to raise the debt ceiling “or else crash the economy.”

“Republicans are holding our economy hostage so they can once again attempt to slash Social Security and Medicare, which they have proudly said is their agenda,” Smith said. “We should absolutely raise the debt ceiling. In fact, I think we should abolish the debt ceiling limit altogether so we don’t have to play this ridiculous game that MAGA Republicans seem to relish.” 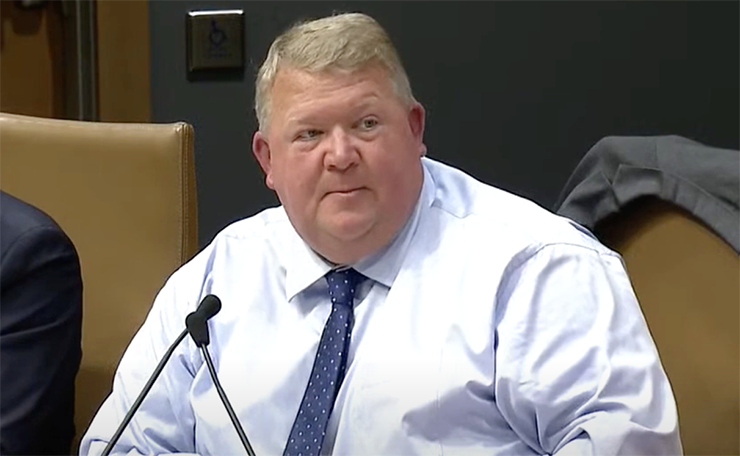