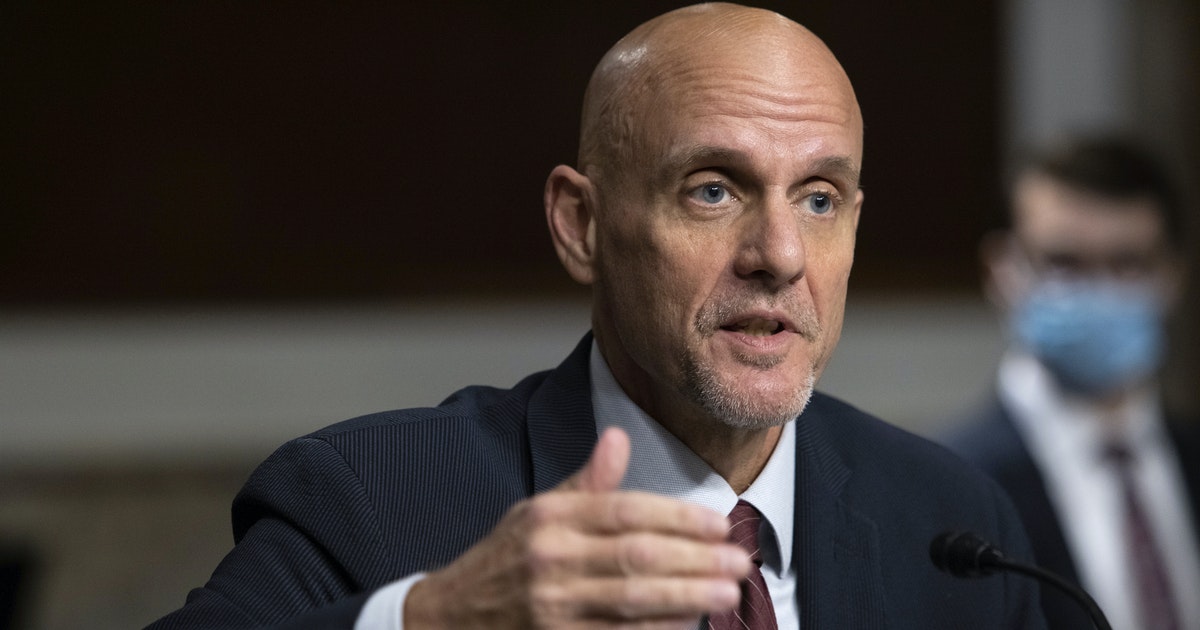 The vaccine produced by Pfizer Inc. and its German partner BioNTech won a critical endorsement Thursday from an FDA panel of outside advisers, and signoff from the agency — which was expected this weekend — is the next step needed to get the shots to the public.

The FDA is not required to follow the guidance of its advisory committees, but the devastation caused by the virus makes the vaccine’s authorization almost certain.

Meadows spoke to Hahn by telephone Friday, according to a senior administration official who was familiar with the call but was not authorized to discuss private conversations.

The chief of staff also told Hahn his job was in jeopardy if the emergency use authorization was not issued before Saturday, said a second administration official familiar with the conversation.

Hahn signaled that he would tell regulators to allow the vaccine to be issued on an emergency basis, the official said.

President Donald Trump has been pressing for quick approval for the vaccine and tweeted directly at Hahn earlier Friday, complaining that FDA “is still a big, old, slow turtle.” Trump has publicly bashed the pace of the FDA’s vaccine review process.

Hahn disputed characterizations of his conversation with Meadows.

“This is an untrue representation of the phone call with the Chief of Staff,” Hahn said in a statement. “The FDA was encouraged to continue working expeditiously on Pfizer-BioNTech’s EUA request. FDA is committed to issuing this authorization quickly, as we noted in our statement this morning.”

The FDA said earlier Friday that it “will rapidly work” to grant emergency use of the vaccine.

Dr. Ashish Jha, dean of Brown University’s school of public health, called the pressure an “unforced error” by the White House that could chip away at public confidence in a vaccine.

“It creates a veneer of political meddling,” Jha said. “Every time you see the president get involved, you see vaccine confidence drop by 10%.”

Hahn and other top health officials have been working for months to boost public confidence in the government’s vaccine effort, which will eventually need to reach most Americans to suppress the virus.

Recent polls show only about half of all Americans are ready to roll up their sleeves for a shot. Many have safety concerns and want to wait and see how the initial rollout fares. But concerns that a vaccine was rushed due to political pressure could further undermine the unprecedented vaccination effort.

“The last thing this process needs now is to undermine the public’s faith in the vaccine with political pressure to hurry up an already rushed process with threats of firings,” said Carl Tobias, law professor at the University of Richmond in Virginia.

Jha added that FDA officials don’t need the added pressure. “They already feel the weight of what’s happening in our country,” he said.

Trump’s frustration with the FDA has been mounting, particularly as other countries have beaten the U.S. in issuing emergency approvals for the vaccine. Meadows issued the ultimatum to Hahn at Trump’s direction, a senior administration official said.

The FDA decision — when it comes — will kickstart an unprecedented vaccination campaign needed to eventually defeat the virus, now blamed for nearly 300,000 deaths in the U.S. And the agency’s greenlight of the vaccine was virtually assured after Thursday’s positive vote by agency advisers.

Typically, the FDA does not publicly comment on the progress or timing of its reviews, which are considered confidential government information.

The FDA’s review is critical to assuring the safety and effectiveness of a vaccine that will eventually be given to millions of Americans, including highly vulnerable groups like nursing home residents.

The agency’s careful approach is unique around the world in that the FDA actually reanalyzes all company data to verify its accuracy. That’s different from the abbreviated process used by the U.K. and other countries, which rely on summary data produced by manufacturers.

Hahn has stated for months that “science, not politics” would determine when the agency gives the vaccine the go-ahead.

He surprised many critics in October by defying the White House and publishing strict FDA safety guidelines for upcoming COVID-19 vaccines. The standards effectively closed the door on Trump’s long-stated goal of delivering a vaccine by Election Day and undercut White House staffers who had blocked the guidelines for weeks.,

More than 150 FDA staffers have been working in shifts over nights, weekends and the Thanksgiving holiday to review tens of thousands of pages of Pfizer’s application.

Hahn told The Associated Press earlier this week that his agency had already teed up authorization by prefilling all the necessary legal paperwork.

“We’re doing everything we can to cut down on the red tape, which I think is really important,” Hahn told the AP.

Trump has been livid with the FDA for not moving faster to approve the shots, blaming the fact that a vaccine was not available before the Nov. 3 election for his loss. Trump also has leveled unfounded claims that drug companies deliberately delayed vaccine development to hinder his reelection chances, though there is no evidence to suggest that took place.

As he has refused to accept his loss to Democratic President-elect Joe Biden, Trump also has told close confidants that he believes the vaccine is still being slow-walked in a bid to undermine his efforts to challenge the results.

If the vaccine were shipped out sooner, he has argued, it would rally public opinion to his side.