With Sezzle now worth more than $1 billion, CEO describes a year on a rocket ship 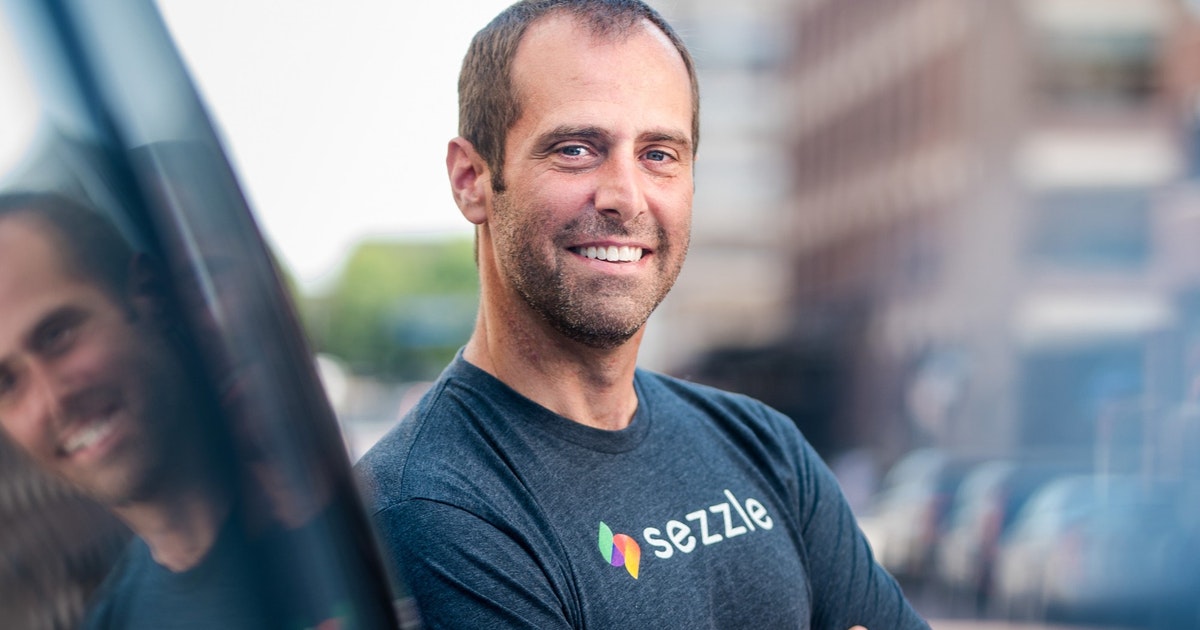 During the Black Friday to Cyber Monday weekend two years ago, about 8,000 people for the first time used Sezzle Inc.’s payment system when they shopped online.

A few weeks later, Sezzle executives mentioned that number to some bankers visiting their office in downtown Minneapolis. One of the bankers let out a giggle.

“It’s kind of rude to do that,” Charlie Youakim, co-founder and chief executive, said as he remembered the moment recently. “But I was thinking to myself, ‘I don’t think that person understands compound growth.’ It’s not as laughable where we’re at now.”

Last month, hundreds of thousands of people paid for $113 million in goods from retailers in the U.S. and Canada using Sezzle. Well over 2 million people have used Sezzle’s payment system at least once this year, the company’s data shows.

A shopper who chooses Sezzle instead of a credit card at checkout pays one-fourth of the purchase price immediately. The shopper pays the rest in three interest-free installments, with the first two weeks later and the last six weeks later. Sezzle makes money not from the shopper, but from the retailer, which pays a fee just as it would to a credit card firm.

By taking the old idea of paying for something over time and adapting it to e-commerce, Sezzle and alternative credit firms — AfterPay, Klarna, Affirm and QuadPay — have become a rising force. This year, the pandemic and economic downturn accelerated both the use of online shopping and installments for paying.

The firms are very small compared to banks and other credit card providers, but all now offer apps that take their services into the store shopping experience. The trade publication Pymnts.com reported that Sezzle’s app was the fifth most-used in U.S. stores of the dozen or so alternative credit firms that it tracked in November.

From its start with three employees in 2017, Sezzle is on pace for revenue of around $45 million this year, growth that continued even as new competitors emerged. “A lot of doubts and concerns have been answered in 2020,” Youakim said.

In July 2019, Sezzle took the unusual step for a U.S. company of an initial public offering in Australia, home to alternative credit pioneers Afterpay and Zip and a place with consumers and investors familiar with the buy-now-pay-later shopping experience.

“There definitely has been increasing awareness” of the opportunity among U.S. investors, Youakim said. “But it really is this funny Australian game at this point. Australian investors are the biggest beneficiaries of what’s going on.”

At its listing price, Sezzle was valued at just over $100 million. By this July, Sezzle’s share price had risen to a level that its valuation eclipsed $1 billion, where it’s been ever since.

In an interview, Youakim also discussed the megatrend behind the rise of Sezzle and its competitors, its drive toward profitability and the thrill of a project with hometown retail giant Target Corp. Some excerpts:

Q: What’s driving the popularity of the buy-now-pay-later model?

Q: Other industries have subscription payment models, or leasing, or long-term financing. Isn’t this the same thing applied to everyday shopping?

A: Yes, installments fit that mind-set. Apple now offers almost all their products with financing installments. Once a big company like Apple does that, then everyone is starting to think that way. That’s why I’m saying it’s a megatrend.

Q: Are you able to quantify the effect of the pandemic on Sezzle’s growth?

A: It’s tough. More people are shopping online, but our customer may have been negatively affected by the pandemic. A lot of young people are part of the service industry. Those businesses and employees have been hammered. So we have a lot of cross currents, plus we have the competitive landscape.

Q: Buy-now-pay-later options are showing up on more websites. How do you describe the competition?

A: We have great competitors. We’re trying to create some strategic differences. Sezzle Up, which lets a shopper build their credit rating, is a true differentiator. We say we’re in the NBA, these teams are really good and we have to up our game. They’re not going to slow down.

Q: How did you choose India as a place to expand?

A: In my last company, we had our technology-development team in India. And I lived there for five months and became familiar with India. When we started Sezzle, we again had a development team there helping us. As our project started to gain traction, we started talking about international. We did our first step into Canada, which was obvious and relatively easy. Since we had a team in India, we asked them to take a look at what was going on in payments, installments, and it was really nothing.

Our viewpoint was that this is taking off in the U.S., Australia and Europe because of consumer behavior. It’s almost human nature. People would rather pay $25 than $100 [at the moment of purchase]. We thought let’s test it in India. We brought on a founding team. We gave them ownership and some capital, just like a franchise. We have meetings with them once a week and guide them.

Q: Sezzle hasn’t reached break-even or turned a profit yet. Do you have a goal for that?

A: We have three areas where we set our focus. No. 1 by far is growth — in revenue, users, merchants and payment volume. Next is continual improvement in net transaction margin, our unit economics. And then there’s operating efficiency, scaling our team at a much smaller rate than our growth rates. If we continue to win with those, profitability will come and it will come at the right time.

Q: In the past, you described the pressure to simultaneously get customers and prevent losses. How do you grow without taking on more risk?

A: The goal is to push the [customer] approval rate and to push the [shopping cart] conversion rate up while our loss rates go down. It sounds backward because they’re counteracting forces. But that’s what we’re trying to do and it’s working. The No. 1 reason it’s working is repeat usage. To be a repeat user in our product, you have to be current [in payments]. Customers make sure they’re current and that drives down our loss rates and increases our approval rates. That’s a real key. Now, we are making our product better. Our underwriting is getting better and our user experience is getting better. So they all help us as this dynamic of repeat usage continues to rise.

Q: Two years ago, you mentioned that you wanted to work with Target. This year, Sezzle and Target announced a pilot project without saying much about it. How’s that going?

A: I can’t talk about it, except I can say it’s still running. The longer it’s running, the happier we are. That’s our dream client. When you get a chance at your dream client, you work your damn hardest.