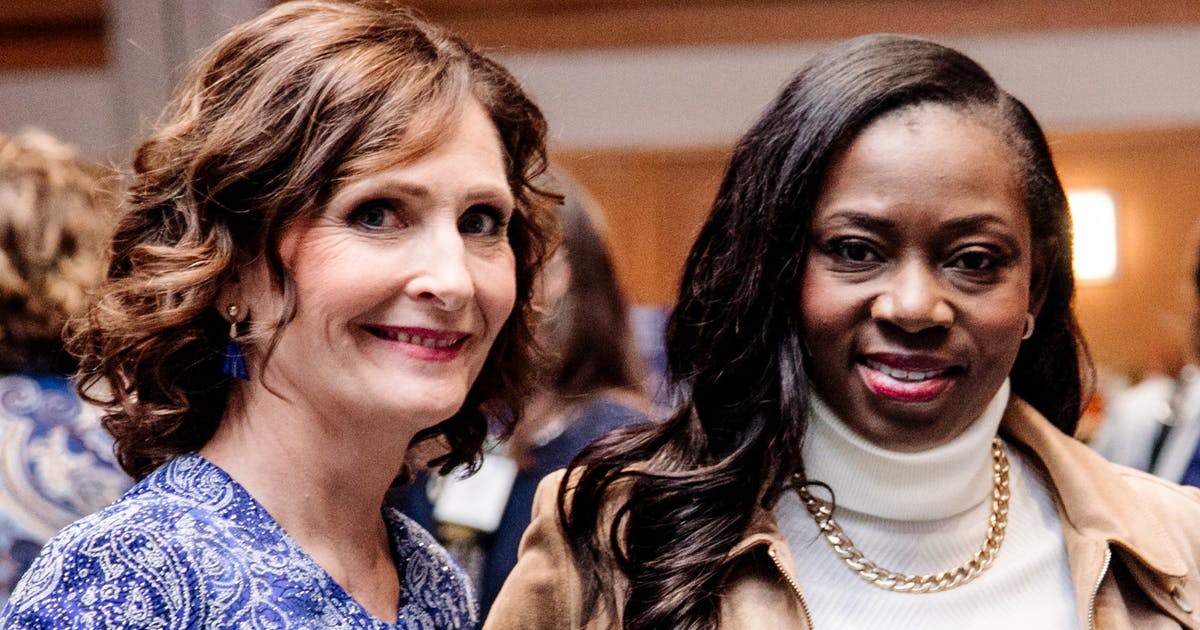 Elaine Wyatt signed on as chief executive of WomenVenture in 2013 to orchestrate a financial turnaround. Now, she’s about to a conclude a productive run at the nonprofit organization at the end of a challenging year when the global pandemic threatened many of the businesses it serves.

They created 900 jobs that pay an average of $20 an hour to their workers.

The numbers have grown northward for years for WomenVenture. It had record revenue of $2.1 million in 2019 from earned-and-contributed funds, as it assisted more female-owned entrepreneurs, about half women of color, and attracted capital from lenders and philanthropists.

This year, Wyatt and her colleagues had to quickly pivot to crisis counseling. COVID-disrupted businesses needed cash infusions from SBA-bank loans through WomenVenture and partner lenders. Most of WomenVenture’s fledgling client companies didn’t have, or qualify for, traditional banking relationships.

“Where most see insurmountable obstacles, entrepreneurs see boundless opportunities,” Wyatt said. “Small businesses have the greatest opportunity to have positive impact. And COVID required us to become expert in so many things so fast on behalf of our clients.”

WomenVenture expanded its online consulting and disbursed $6 million-plus in pandemic-related loans and grants, mostly from the Small Business Administration, between April and September.

That bought time for the likes of restaurants as they moved to takeout service, day care centers as they bought protective gear, and small-apparel firms as they pivoted from making mittens and dresses to hospital garb and masks.

The failure rate among WomenVenture-nurtured enterprises is far below that of other startups.

Wyatt gathered hundreds of WomenVenture stakeholders this month for a virtual annual meeting to celebrate survival. They included:

• Julie Steller’s Steller Handcrafted Goods, which last year opened a northeast Minneapolis retail store to expand sales of its small manufacturing business that makes mittens, caps and cloth bags from old clothing. The company and its 15 contract tailors this year have survived by shifting significantly to masks.

• Devi James, owner and operator of Scrapbusters, a five-year-old demolition contractor and appliance and electronics collector. James, an immigrant with a business degree, jettisoned a career in corporate accounting for an entrepreneurial try that’s working. She completed the WomenVenture “scale up” program that has helped her grow the company, add employees and transition from equipment collector to value-added recycler.

• Joy McBrien loved to create jewelry and had a passion for helping disadvantaged women in poverty in Latin America. Her business, called Fair Anita, was founded in 2015 and named for an artisan she came to know while working after college at a shelter for abused women. McBrien buys product from artisans she knows from several countries, paying them up to three-times the local minimum wage to help them escape poverty, and sells online and in the Twin Cities.

Wyatt had particular success growing day care businesses, helping women who wanted to care for their own kids plus make income in their home or nearby space that solves a community need for working parents.

Wyatt, who’s been working since college, has decided to take time to nurse a still-aching injured ankle, spend more time with her adult children and grandchildren, help her husband in his property-rental business and enjoy long-delayed trips over the next several years.

Wyatt was recruited to WomenVenture during a financial crisis. She worked with Christine Hobrough, a U.S. Bank executive who served three years, instead of the typical one year, as the organization’s board chairwoman.

They raised critical capital, got WomenVenture out of an expensive lease and into a smaller cheaper-but-functional space. The savings was $125,000 annually, huge for a tiny, struggling outfit that has since added capital, programs and successful businesses.

“WomenVenture has been the most wonderful part of my career,” Wyatt said. “I really was able to bring everything I’d done in my career together. It wasn’t without challenges. I was really fortunate.”