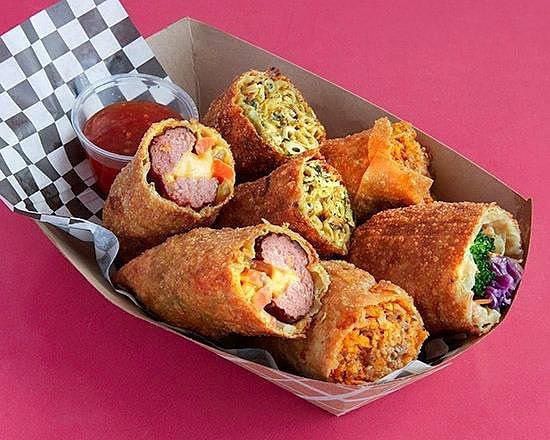 The season has shifted from summer into fall and there is a fresh crop of restaurants and pop-ups ready to open to feed those cozy, cool nights. On the opening docket is the return of a beloved soul food eatery, fresh fried chicken fingers, wood-fire fueled cantina fare, a Minnesota-menu takeover, and a new pizza night spot. Here comes the first wave of September openings.

Chef Wendy Puckett’s soulrolls are making a grand comeback after tumultuous year. The soulrolls were invented as a way for the chef to entice her kids to love a daily dose of vegetables and quickly became an in demand dish at her restaurant. All kinds of goodies, including greens, mac and cheese, fried chicken, and more, are stuffed inside an egg roll wrapper and fried golden.

After a brief closure, Wendy’s House of Soul will re-open on September 15 at 1825 Glenwood Avenue in the former Cornerstone Cafe spot.

It’s just the latest comeback in chef Puckett’s story. In November of 2019, the chef was shot by a pellet gun as she was leaving the restaurant after closing. The community rallied around her as she recovered. The restaurant was closed for just three weeks at that time, and even then, the chef was still finding a way to cook and feed people. Then, this summer, Wendy’s House of Soul lost its lease for its Broadway Avenue location, but Puckett, who refuses to let anything stand between eaters and her soul food, has secured this new location, and remains dedicated to North Minneapolis. 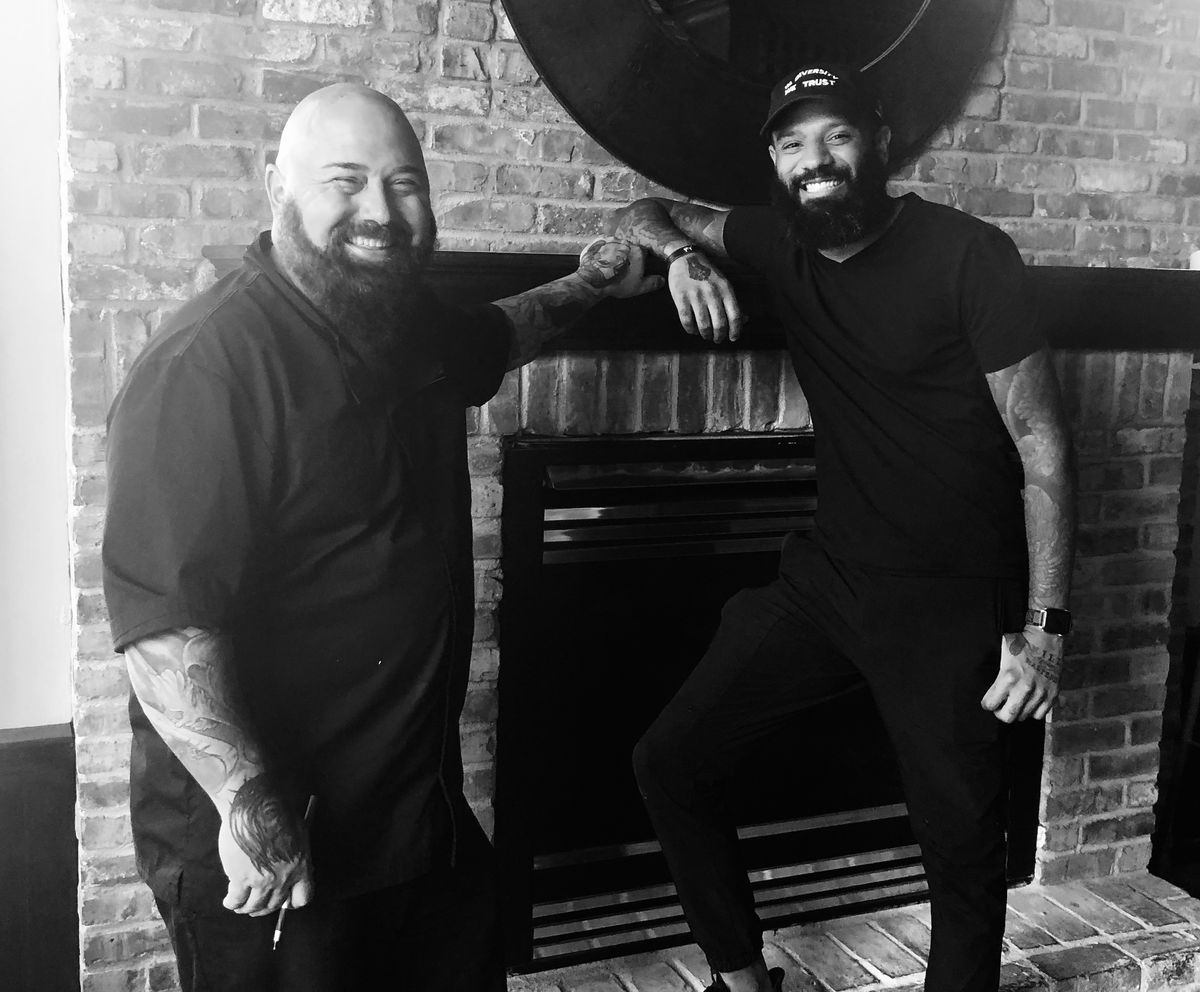 The new Mexican restaurant from Brian and Sarah Ingram will open inside Keg and Case in the former In Bloom location. The couple, who also own Hope Breakfast Bar and The Gnome, have teamed with chef Justin Sutherland as their culinary director. The new restaurant will open Thursday September 10 and reservations are available now.

The restaurant has received a light remodel, with a mantel added above the massive 20-foot woodfire hearth where all of the food will be prepared. A new West 7th Street patio has also been added for when the weather cooperates with outdoor dining.

Because of that massive hearth and woodfire, all the dishes are charred, including a selection of elotes (Mexican street corn) that will be available served different ways. The bar is dominated by agave spirits and party-time cocktails, like the Ricky Martin, a margarita topped with watermelon cotton candy.

The Ingrams and Sutherland have received some rare pushback on this new restaurant. Concerns have been raised online by some, including Mexican business owners, over the duo opening a Mexican restaurant with no Latinx individuals in the ownership structure. Brian Ingram countered by detailing his love of Mexican food, culture, and time spent cooking the cuisine when he worked in Southern California, as well as spent time traveling through Baja. In an interview with The Growler, he said, “In no way are we claiming to be an authentic Mexican taco stand.” Sutherland also balked at the idea that he should only cook directly from his culture or heredity.

The Ingrams opened Hope Breakfast Bar just a couple of miles from the new restaurant. The eatery became a beacon of hope in the past year, feeding anyone in need of a meal, creating a free food table during the pandemic shutdown, and bled their bank accounts dry taking care of employees and friends.

Like Hope Breakfast Bar, 3% of all profits at Elotes will be donated to charity.

French Hen, the sweet little breakfast and lunch restaurant in Cathedral Hill that shares a space with a flower shop, is launched Moon Flower Pizza this Thursday September 10. Pizzas will be served for take out only in the alley behind the restaurant Thursdays through Sundays 5 to 10 p.m.

Pizzas will include fresh toppings, including mozzarella made on site, all out of a gas-fired pizza oven.

French Hen will remain open its regular day time hours of 9 a.m. to 2 p.m. Thursday through Sunday with sidewalk seating and take out. 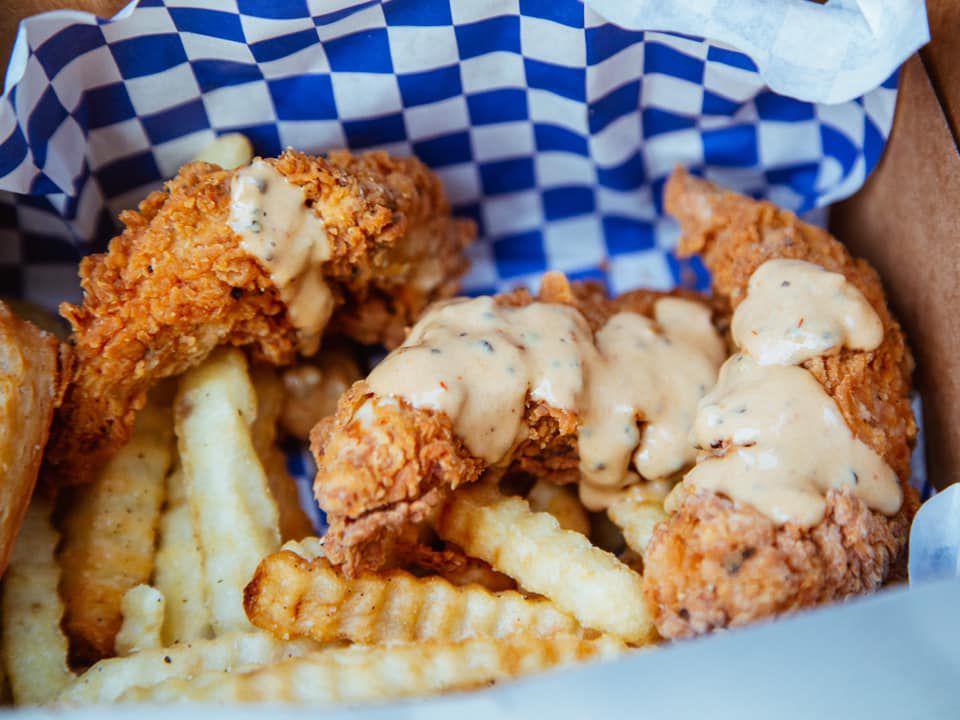 There’s a new fried chicken spot in town, in a year that seems to be dominated by crispy bird options. The restaurant opened on September 3rd at 2923 Girard Avenue. The restaurant from Marques Johnson, Fredrick Huballa, and Shawn Edwards specializes in chicken fingers with a tantalizing secret sauce.

Right now, it’s just a take out window off the side of the Pourhouse in Uptown, and several size order options the crispy dish beloved by kids of all ages and a biscuit on the side. Although, delivery options are coming soon. 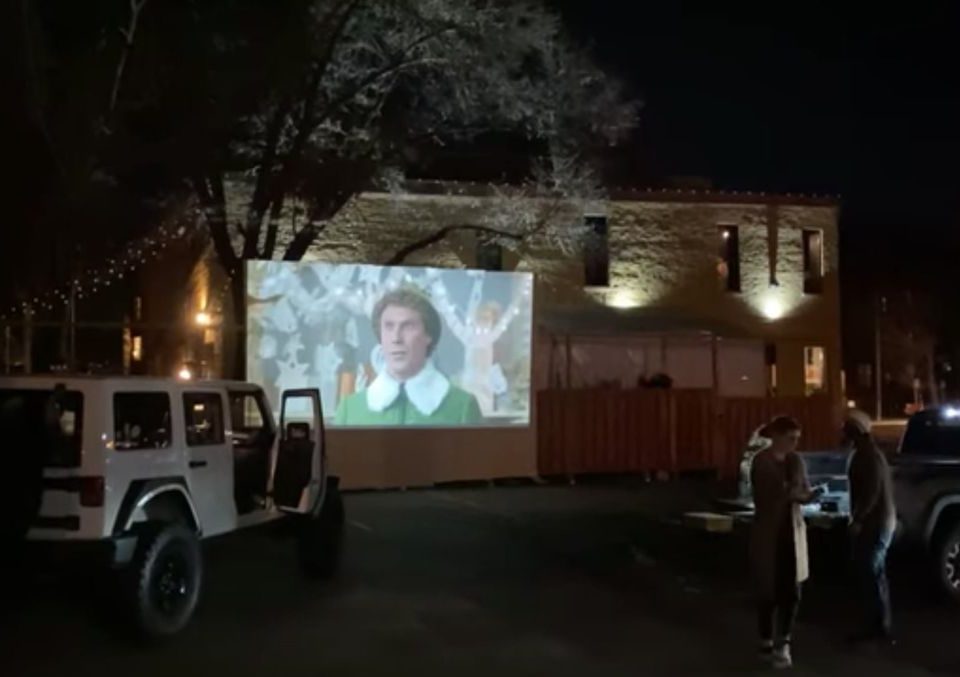 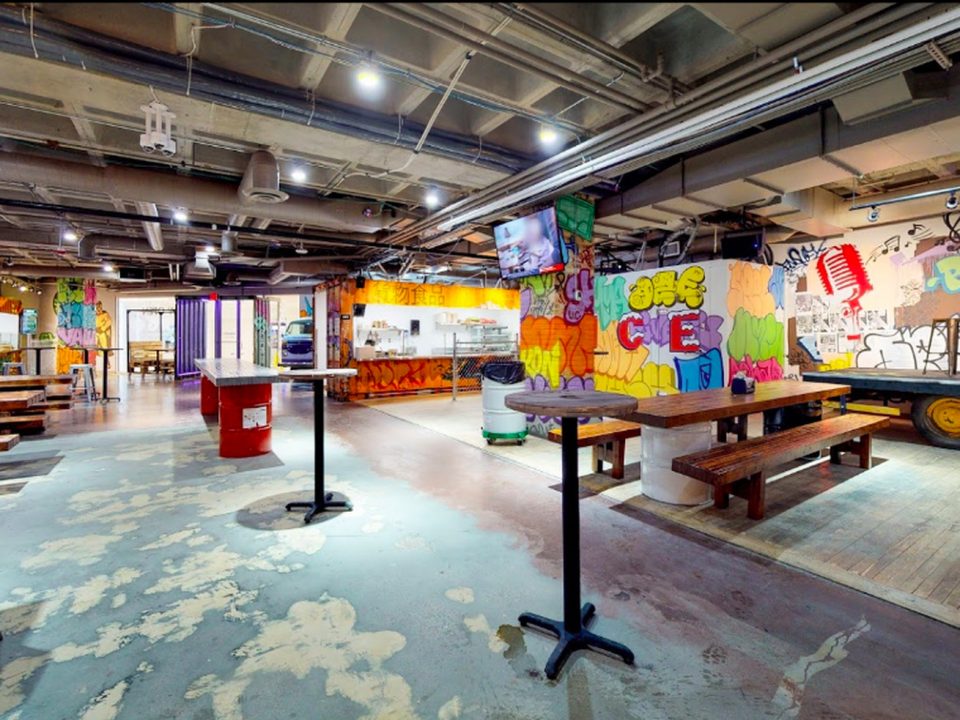