U.S. Bank to close another 400 branches, or 15% of locations, by early next year

How Does a Dive Bar Survive a Pandemic? 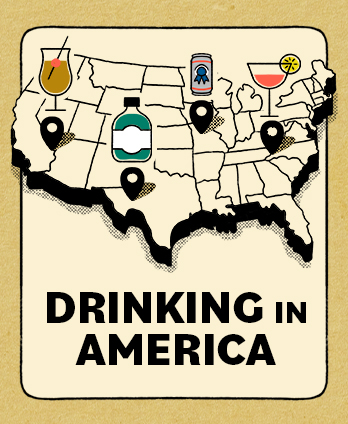 In Minnesota, where the winter nights last longer than the days, there is a culture of drinking the cold away, especially in the working-class areas. It’s not uncommon to see children yanking towering barstools over to Buck Hunter, happy to pound on clacking buttons without ever putting a coin in the machine, while the grownups bend an elbow as they wait on a meal. Adults lean into the bar: It’s the first stop after work, after church, and sometimes for a quick pick-me-up before family get-togethers. Places like these weave their way into the fabric of a community, providing not just a place to blow off steam, but a thriving, ever-evolving extended family. Skinner’s Pub, on a neighborhood stretch of street in Saint Paul, is that kind of bar.

Pete and Molly Skinner purchased the bar at 919 Randolph Avenue 20 years ago, but before that, this location had been a dive under different names and different owners stretching back to just after Prohibition. This year, to mark that momentous occasion, the owners had planned to throw a monster party. A ten year anniversary found the parking lot emptied of cars and with an amateur wrestling ring erected in the middle. On a record-breaking hot day, Skinner’s regulars and staff gathered under the blazing sun for beers and cheered on wrestlers: men and women of all sizes grappling and mugging for the cheering crowd. Pete and Molly had planned to pull out the stops and bring back the ring for the 20th anniversary in 2020, but the COVID-19 pandemic changed everything.

“Our last day [of traditional service] was St. Pat’s. We were open until 5 or 6 p.m. and did what we could,” Pete said. In normal years, the bar would have a tent outside for St. Patrick’s Day, fully staffed with all hands on deck to serve rowdy crowds.

The boyish-faced owner began his career as a cook, working in other neighborhood bars. It was at one such place that he met Molly, a long-haired server who shared his optimism and Midwestern work ethic. The only times the two aren’t in the bar are when they’re caring for their family; vacations are rare and often include friends who they’ve known since childhood. In Saint Paul, people rarely leave the ZIP code they are born into, and can usually identify each other by which local church their family attends.

West 7th, the neighborhood where Skinner’s is located, is like that. It’s a traditionally blue-collar area where many shift workers who could earn a good living making Ranger trucks at the nearby Ford plant lived. Third-shift workers could count on turning up at 8 a.m., when bars would open for a post-shift drink while the sun made its morning ascent. In recent years, the neighborhood has evolved. As one of the few affordable areas in town, where home prices start at around $200,000 and older generations are moving on, more creatives and young families moving in. Down the street from Skinner’s, a couple of trendier restaurants have opened: Mucci’s Italian, a popular trattoria with no reservation system, sends diners over to the pub to have it act as its de facto waiting room. 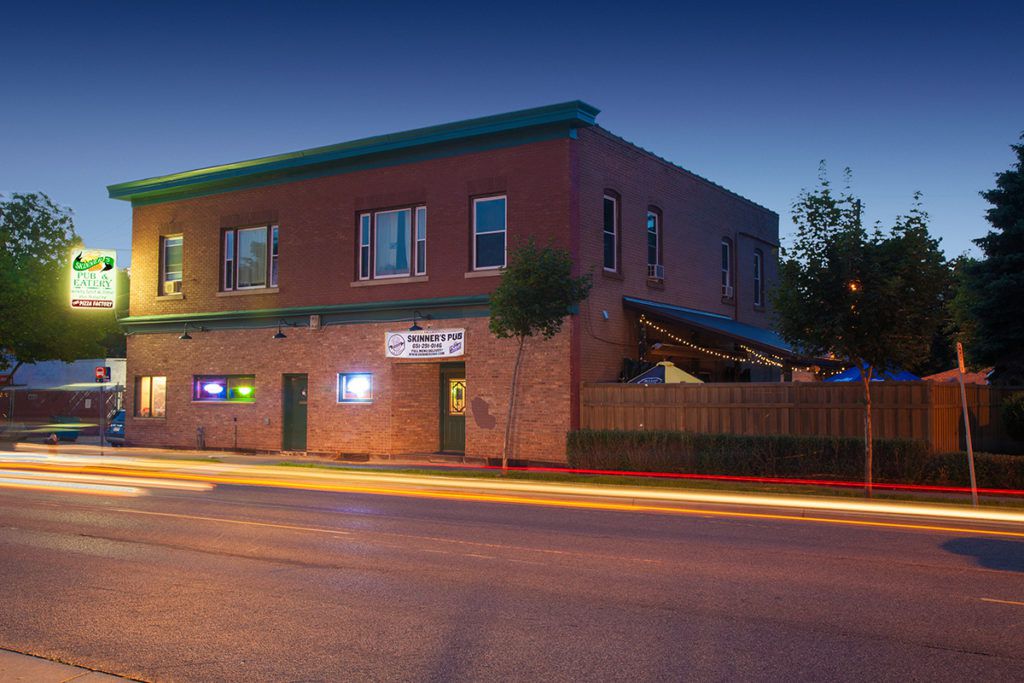 But on March 17, Minnesota’s governor shut down bars as gathering areas. The bare scuffed floors and duct tape-patched vinyl stools seemed to emphasize a deafening emptiness in Skinner’s. Its gold thread-painted mirrors appeared ghostly, reflecting the unfilled room. Inside, though, the kitchen remained humming.

Pete, along with his longtime chef, Seth Buckwald, fielded a steady stream of orders, churning out Skinner’s signature square-cut, thin-crust pizzas, fried chicken wings, club sandwiches, burgers, and even totchos. Skinner’s was already used to delivering, for free, around the neighborhood, and customers lit up the phone lines with orders from day one. Molly’s servers showed up to work the phones, sometimes recognizing regulars by their voices and orders. “We were pretty lucky with that,” Pete said.

Much of the regular rhythms of the bar were gone: there was no Bar-go (a Bingo-type game), no pull-tabs (a charitable gambling ticket game known throughout Minnesota and Wisconsin), and no one was obnoxiously plugging Toby Keith’s “I Love This Bar,” into the jukebox over and over again.

“[Originally] we had to lay off the bartenders and the servers, but what we did was, if they still wanted to work, we were rotating shifts for answering the phones and running food out to the cars,” Pete said.

Buckwald recalled coming into work that first day after the bar was shut down. There was a creeping eeriness, from the empty parking lot to the dark bar with all the neon bar signs out to the silence inside. Usually, Buckwald arrives to the distinctive music of conversation, clinking glassware, and orders being called out. “There was a lot of uncertainty, obviously, as none of us had ever experienced anything like this before,” he said.

However, since the bar was already known for offering delivering, he didn’t have time to linger. Soon the phone was jangling with orders. He had to put his head down and cook. “It led to us being very busy in the kitchen,” said Buckwald.

“Overall, we’re down,” in terms of revenue, Peter said, “but we’ve got almost everyone back employed.”

The shift to food came naturally to Pete, since he and Molly had recently launched a full catering business after years of already providing nacho bars and other foods for large parties, weddings, even funerals. “You make money selling liquor, and when that was gone, it hurt us pretty good,” he said. Even now that bars are allowed to sell beer or wine to go — but only with food orders, and only one six-pack or bottle of wine at a time — the revenue increase is minimal. “Who’s going to buy four beers for $20? They’ll just go to a liquor store and buy a case for $20,” Pete said.

Places like these weave their way into the fabric of a community, providing a thriving, ever-evolving extended family.

He attributes Skinner’s current success to the neighborhood, the tight-knit community in Saint Paul, and some help from the local government.

“The city was helpful — we didn’t have to go through all the [usual] red tape to get outdoor sidewalk seating,” he said of the extra space for overflow seating, arranged to meet the spacing requirements for the patio. Skinner’s has long had an established relationship with city hall; in typical Saint Paul fashion, Pete’s childhood friend is former city councilman Patrick Harris. It was through Harris that Skinner’s joined with several other notable Saint Paul businesses to founded Serving Our Troops, a nonprofit organization where families of service members and troops serving overseas are able to connect via a live satellite feed and simultaneously share a steak dinner.

As statewide restrictions have loosed, Skinner’s has been able to welcome guests back into the bar — but with restaurants and bars still being flagged as coronavirus hotbeds, it’s far from the way it had been before. High-top tables have been added to the setup, where patrons can sit near the bar but not directly at its rail. Regulars are still there for support, a few populating the patio or taking a seat indoors, all masked up. Long winters, however, are on its doorstep. With colder temperatures due to arrive this week, the reality for this long-standing bar will be forced to shift again. “We have a heater and can probably keep people out there [through] October,” Pete said.

The inability to gather and drink leaves a bit of a hole in the heart of this community, one that, when a regular died from a heart attack, left a sign on his usual seat with an upturned shot glass (the bar shorthand for “someone bought you your next drink”), and a pack of smokes for weeks after he was gone.

Then again, when the Ford plant closed, the people carried on. When ownership passed from one generation to the next, people still found their way back to these tattered barstools. Bartenders would still crack a favorite beer when a regular stepped over the threshold, laying it in front of their seat before the regular even fully sat down. Giving up, going down, or shrinking in the face of hardship isn’t what people do in this part of the world. And definitely not at Skinner’s.

“Maybe we’ll do a 21st or 22nd anniversary party,” Pete said. Until then, the only wrestler at Skinner’s remains the hand-painted mural of Mad Dog Vachon, howling at the moon, in the world’s weirdest bar clock. Time marches on, but the space holds its timeless appeal. 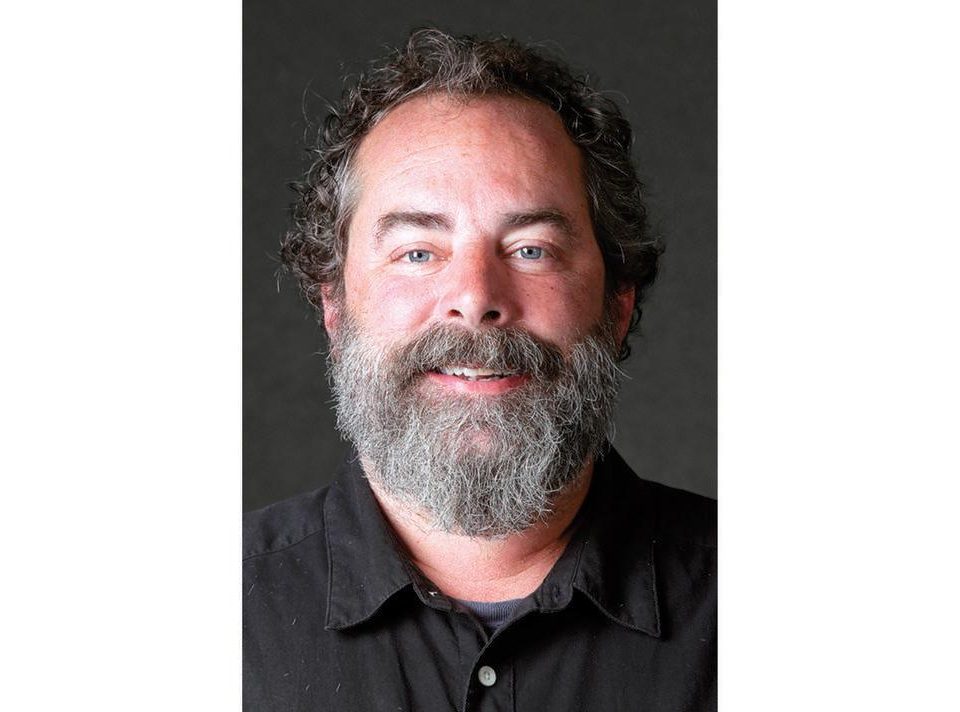 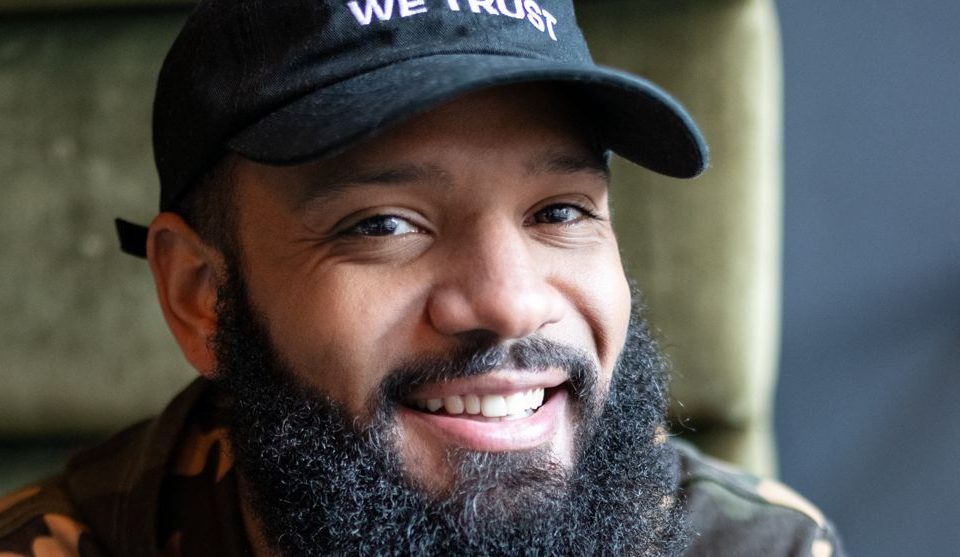