Investments of 125 billionaires have the same carbon footprint as France, study finds 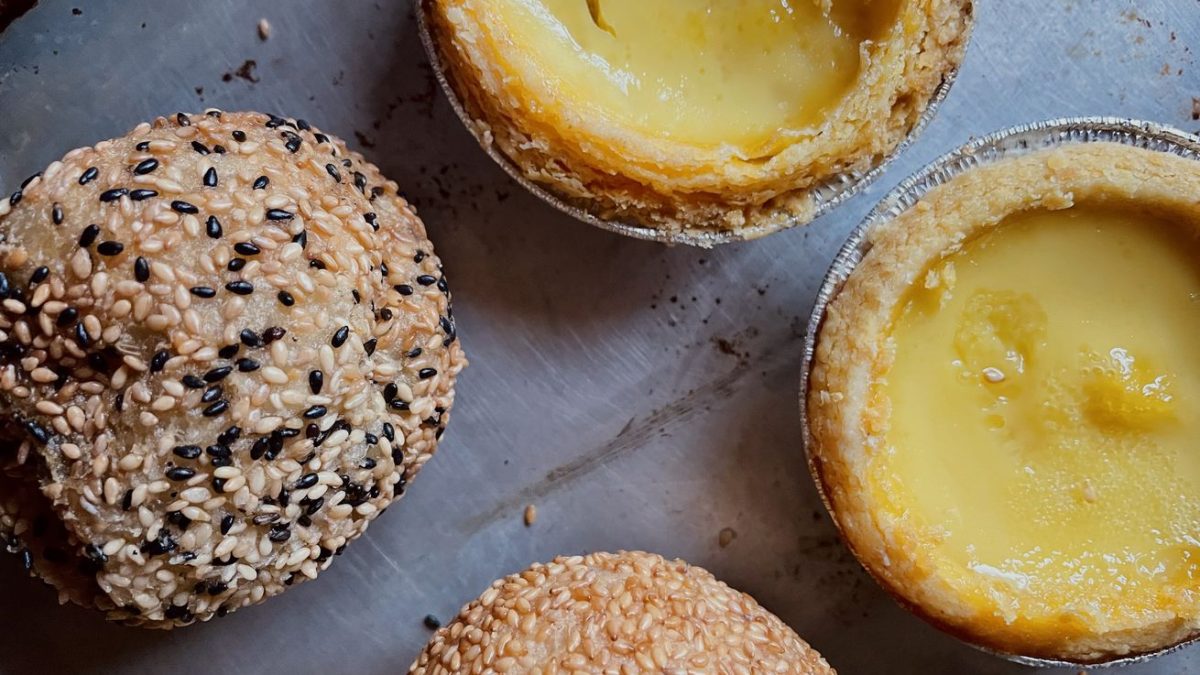 In the mornings, commuters on their way to the Green Line drop by Keefer Court for a quick bun to go. At lunch, the small cafe space fills with queuing delivery drivers, students grabbing a bite on their way to class, and neighbors stopping by for a bowl of congee or a roast duck to take home. To many of its customers, Keefer Court is an institution — a testament to Cedar-Riverside’s entrepreneurial spirit, a steward of culinary traditions, a place where memories have been made and passed down for decades. To owner Michelle Kwan, however, it’s simply home.

Kwan was raised in the apartments above the bakery. Her parents, Sunny and Paulina Kwan, moved to Minneapolis from Chicago in the early 1980s, searching for a place to raise their young family. In Cedar-Riverside, they found a diverse, welcoming neighborhood with a growing Chinese community. “Down the block from where we are now, there was an Asian grocery store that had a residential space for rent on its second floor,” Kwan says. Her dad got a job at the store and rented the space above it for his family.

Through connections he made at the store, Sunny learned that a building on the corner of Cedar and Riverside might soon open for sale. Then home to Kwong Tung Noodle, the owners were aging, and their children didn’t want to continue the restaurant business. Sunny saw the chance to combine family with his livelihood in one space. “It was a great opportunity for my parents to buy this building and turn it into what it is now, as Keefer Court,” says Kwan. “My dad decided to open the bakery on the ground floor and renovate the upstairs so he could raise his family up there and be able to be with us all the time.” Keefer Court officially opened as a bakery in 1983, and quickly grew — in the late ’80s, it expanded to include a full Hong Kong-style menu and dim sum. A few years later, Sunny and Paulina added a fortune cookie business in the kitchen. (They supplied restaurants across the Cities before selling the fortune cookie division in 2017.)

Kwan formally took over the bakery from her parents in 2017, but her story was tied to Keefer Court’s long before that. “I was born in September, right around the Mid-Autumn Festival that year,” Kwan says. “My mom was making mooncakes in the kitchen at Keefer and her water broke, so she was like, ‘I have to make sure these mooncakes go in the oven, alright Dad? So I’m going to go upstairs and shower, and you can put the mooncakes in the oven and make sure they come out okay — and then I’ll come down and we can go to the hospital.’”

Over the years, the store and its customers became Kwan’s playmates, babysitters, teachers, and extended family. As a baby, she’d sit in a car seat on a table close to the bakery counter so her parents and grandparents could keep an eye on her as they worked. Once she was old enough to see over the counter, she began to help out in the restaurant. By the time she was in middle and high school, she was working every Sunday to give her mom a day off. As she developed an interest in baking, Kwan also took on a more active role in the kitchen.

“Ever since I was a kid, I would come down here and I would have an entire commercial kitchen with all the ingredients I could ever want at my fingertips,” she says. “At that time, online was just starting to get big. For the first time, you could search for recipes and find out what the rest of the world was making. That’s when I started to get creative.”

“That’s what I love about this place. It’s a space for people to feel that nostalgia and that comfort, like they’re coming home.

Over the course of its life, Keefer Court has housed a bakery, a few restaurants, a fortune cookie factory, three generations of family members, and countless meals. Kwan’s goal when she took over the restaurant was to carry on her parent’s legacy while introducing Keefer’s food to new customers: young people, people with dietary restrictions, people who had never been to a Chinese bakery before. She started an Instagram and a TikTok for Keefer Court, sharing behind-the-scenes glimpses from the Keefer kitchen and organizing collaborations with local projects like the Shui Project and Saturday Dumpling Club. Through research and recipe testing, Kwan has also been able to make many of Keefer’s items allergen- and dietary restriction-friendly — she even perfected a vegan Hong Kong egg tart for the 2022 Twin Cities Vegan Chef Challenge.

As she looks toward the future of Keefer, however, Kwan isn’t sure how long she’ll be able to sustain the pace and lifestyle required to maintain the cafe and bakery. Right now, Kwan’s parents still help with some of the daily needs of the business, but it’s not a tenable long-term solution. Over the last couple of years, Kwan has been trying to find people to partner with to help run Keefer Court — which would give her parents the chance to fully walk away — but she hasn’t found the right partner yet. Inflated ingredient prices are adding pressure, too, as is the case for restaurants around the country. “Things are really unpredictable with a retail storefront,” says Kwan. “We were so busy last year, and then everything dropped off this summer. When that happens, it’s like — how can you continue to make sure that staff are making a livable wage? If our ingredients cost more and we have to raise our prices, how do we stay affordable? Those changes affect people.”

While no decisions have been made yet, Kwan has been envisioning the next phase of life for Keefer Court, what she calls Keefer 3.0. Through conversations with friends — many of them also local chefs and small business owners — she has explored a few ideas: pop-ups, box sets, subscriptions, cooperative models. “I want to get to a place in my life where I can do this and not make a profit out of this, but just do it for the sheer love of sharing food and feeding people,” she says. “I think that’s where I need to go to really feel good about what I’m doing. So I’m trying to figure out the best way to navigate to that.”

For Kwan, the legacy of Keefer Court doesn’t live in its balance sheet, its name, or even its building at Cedar and Riverside. Instead, Keefer’s legacy lives in the people who have found community through its food: food rendered as labor and love, as comfort and care, as storytelling and memory. Food that welcomes them home.

“Many years ago, I had a student come in,” Kwan remembers. “They were a foreign exchange student, and their grandma had just passed away. They were really sad — they couldn’t go back, and it was finals week. So they were like, ‘I came here to get congee and a fried stick because that’s what my grandma used to make for me.’” She pauses for a moment. “That’s what I love about this place. It’s a space for people to feel that nostalgia and that comfort, like they’re coming home. And honestly, I attribute all of this to my parents. All I did was revive it.” 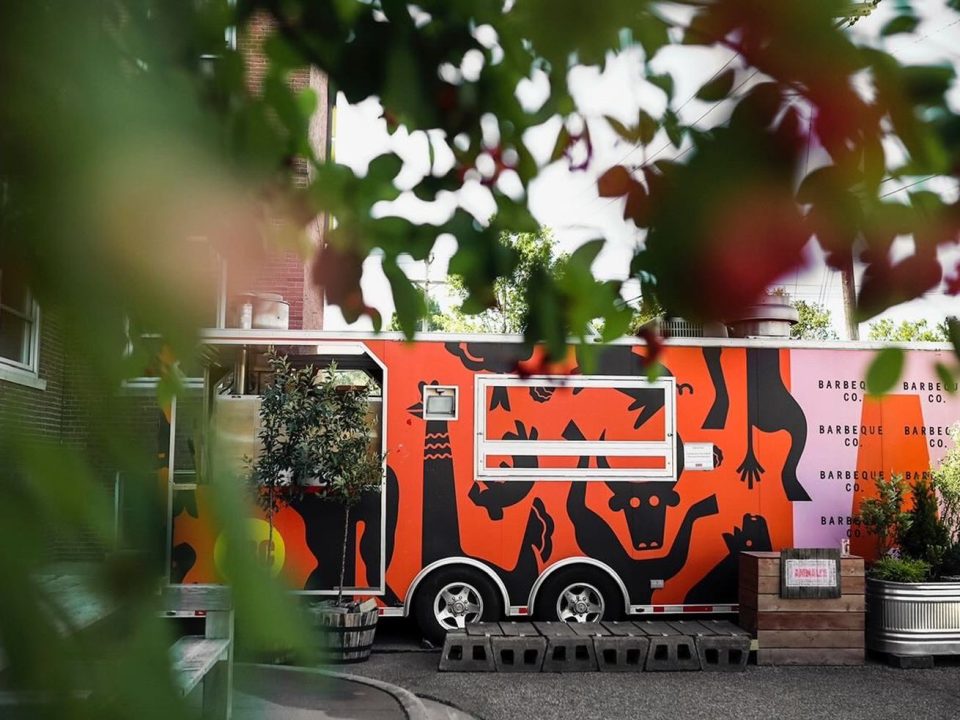