A distillery is fighting invasive crabs by turning them into whiskey

These Are the Wackiest New Foods at the Minnesota State Fair 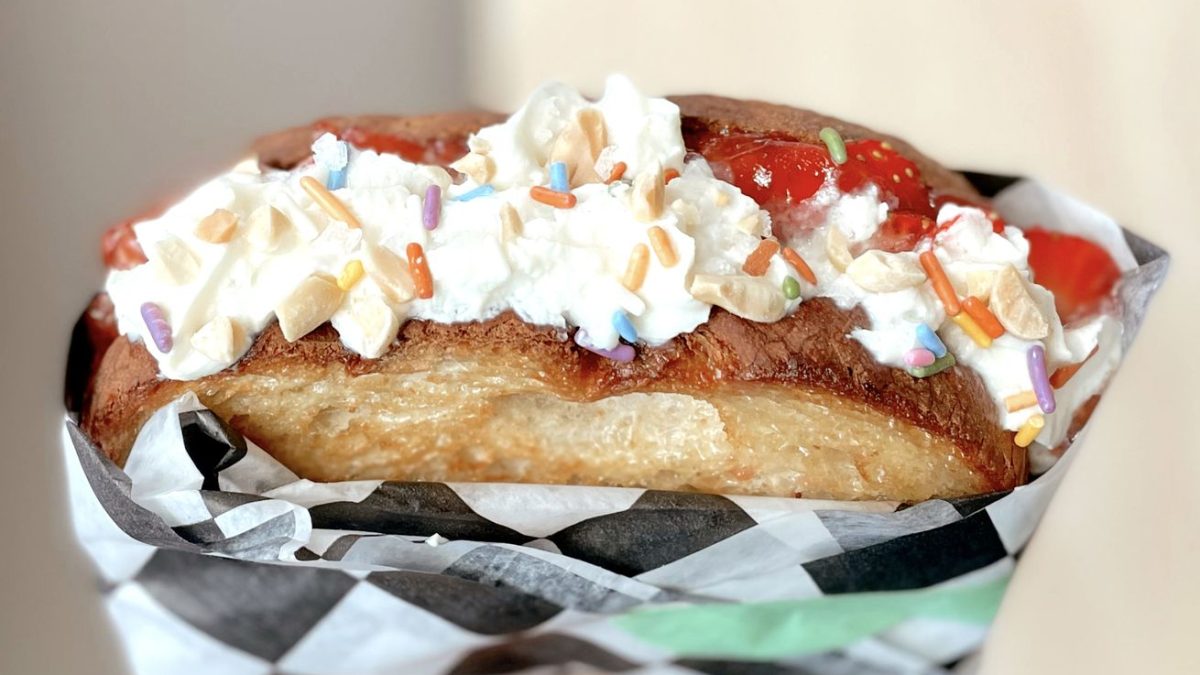 Today, July 12, the Minnesota State Fair announced its much-anticipated new 2022 foods list. The roster includes 38 dishes from long-time fair favorites and newcomers alike, and much of it looks excellent: think concha bacon burgers from Aldo’s, kulfi from Hot Indian, and coconut lychee coladas from Union Hmong Kitchen. But the Fair, arguably Minnesota’s biggest culinary event of the year (around 2 million people show up to eat there annually) is also its campiest. From alligator ribs to spam curds to candied bacon donut sliders, the Fair revels in all that’s indulgent, unexpected, or atrociously large (looking at you, foot-long corn dogs). Here are the wackiest foods from the 2022 lineup.

The evolution of the State Fair pickle continues. Which is its highest form: fried pickles, giant pickles on a stick, pickle beer? Now on the scene is pickle pizza from Rick’s. This pizza has a base of hand-tossed, homemade dough that’s loaded with mozzarella, dill ranch sauce, and crinkle-cut slabs of dill pickles. The crux of this dish may be the texture of the pickles — they’re described as “crunchy,” but it’s to be determined how they hold their form after a roast in the pizza oven.

Crazier things have been skewered on a stick and sold at the State Fair: alligator sausage, deep-fried S’mores, hotdish encased in corn dog batter. But there’s something charmingly unhinged about styling a simple white cake like a ping-pong paddle. These mini confections from Mancini’s are infused with almond and dressed in a white glaze — they can also be personalized with hand-written frosting messages.

Points to the grilled whipped cream sandwich for pure gumption. The physics on this one is a mystery: How will dollops of vanilla cream and whipped cream withstand the heat of two grilled slices of cinnamon bread, late-August sunshine, and the sweaty thermal mass that is 150,000 fair-goers? Maybe the trick is to eat this beauty of a dessert sandwich (stuffed also with Minnesota strawberry jam and fresh strawberries, toasted peanuts, confetti sprinkles, and flaked sea salt) in the shade. Local restaurant Brim also has options for vegan and gluten-free diners venturing into the sandwiches-as-sweets realm.

Reuben Rolls — O’Gara’s at the Fair

That O’Gara’s — an iconic, 77-year-old St. Paul Irish bar that closed in 2019 — is still able to operate a successful stand at the State Fair is great news. A deconstructed Reuben, deep-fried in an egg-roll wrapper, may seem to sandwich purists like a gratuitous bit of corned beef maneuvering, but undoubtedly, this Frankensteined creation will find its audience.

You may, at some point in the last few years, have done a ferocious double-take in the Target grocery section upon spying a tub of dessert hummus, a sweet take on blended chickpeas in flavors like brownie batter, snickerdoodle, and vanilla bean. Dessert hummus is about as controversial as dessert gets, but a creamy, chocolate hazelnut hummus bowl from Baba’s, a local business helmed by Palestinian-American siblings Rana Kamal and Khalid Ansari, may be worth setting debates aside. The Coco-Nuts bowl is topped with chocolate chips, shredded coconut, and a skewer of pita puffs dusted with powdered sugar.

This year, The Blue Barn, a State Fair staple, made a decisive bet on breakfast gnocchi. These gnocchi, based on photos, seem to transcend their usual doughy selves with a toss in the frier. They look almost like hash browns, and are topped accordingly with scrambled eggs and bacon, pesto cream, and shallots, then drizzled with a balsamic glaze. The breakfast gnocchi is Blue Barn’s successor to last year’s indulgent breakfast take: stuffed buffalo chicken “doughscuits” topped with icing and bacon.

At first glance, this sweet dish from Blue Moon doesn’t seem like anything too surprising. But this is a chip-cookie hybrid, made with a mash of lemon cookies and corn. Served on the side is what’s enigmatically described as a “creamy-center-of-the-cookie cream dip” — it looks like a dense scoop of ice cream topped with a dollop of lemon curd.

Lulu’s Public House takes two determinedly un-wacky things — all-beef hot dogs and tater tots — and rolls them into a deep-fried, corn-dog style mash-up. The tater tot batter is also mixed with cheddar cheese and onions. Traditional corndog lovers may attempt to resist these, but they seem worth a try. 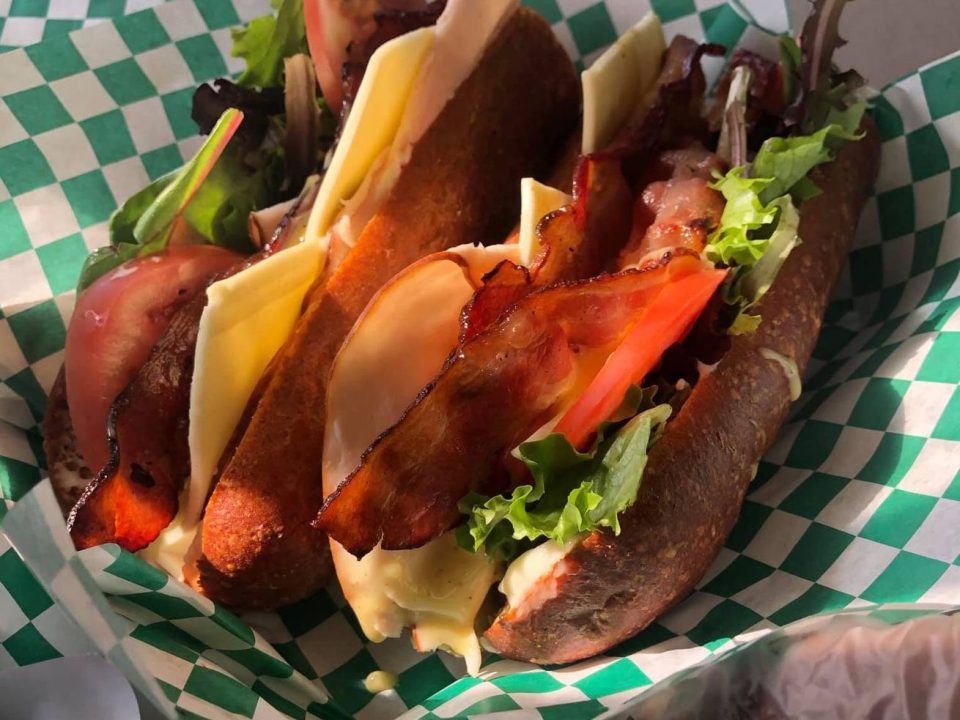 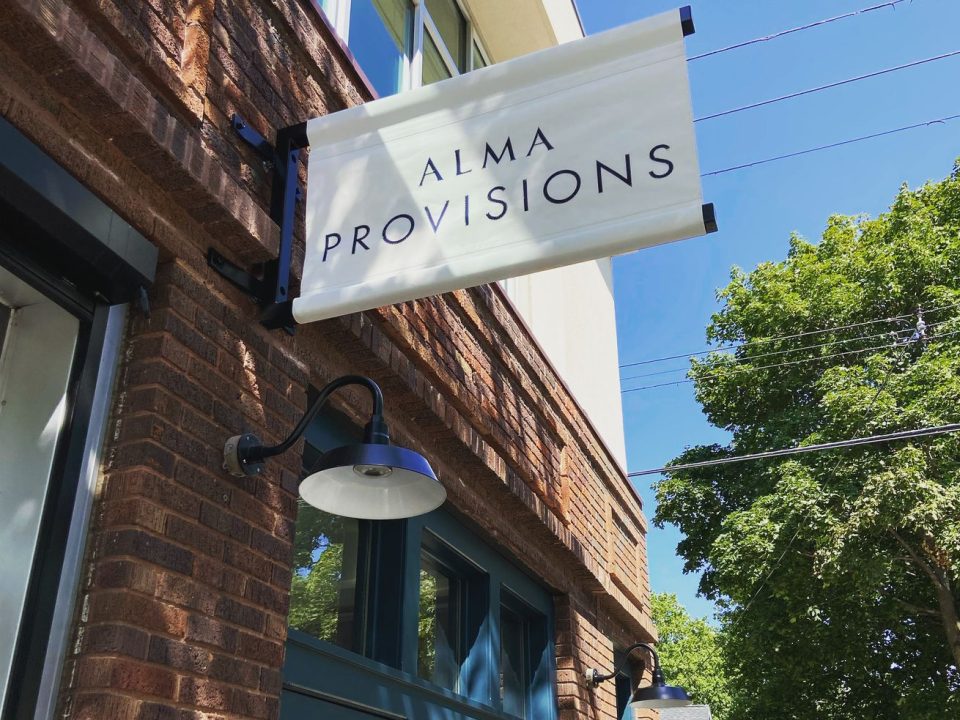 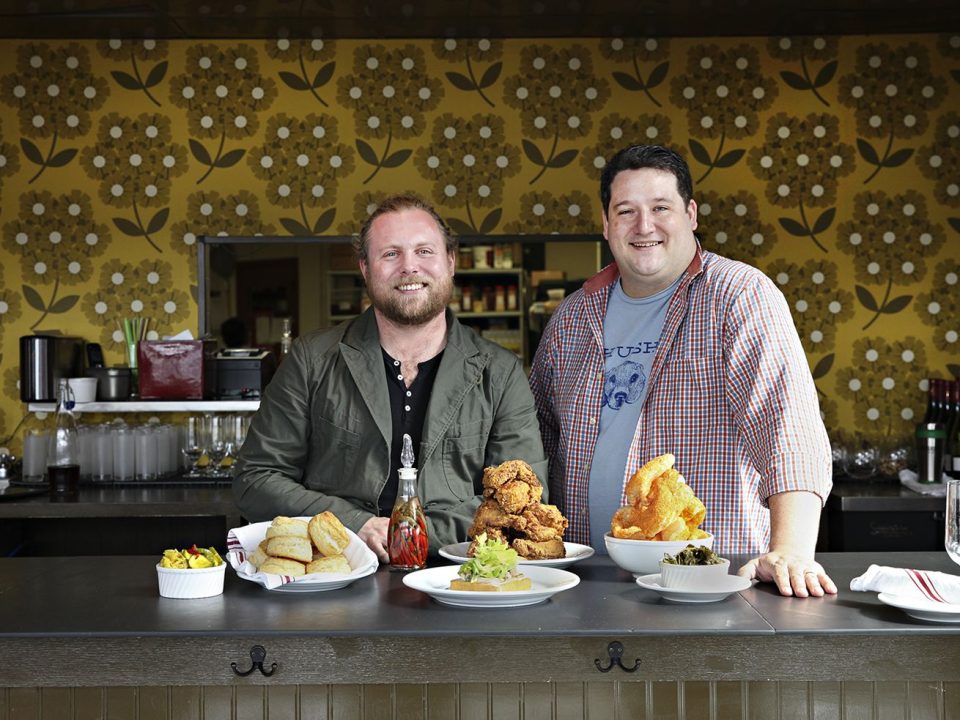