What to Eat and Drink at the Minnesota State Fair 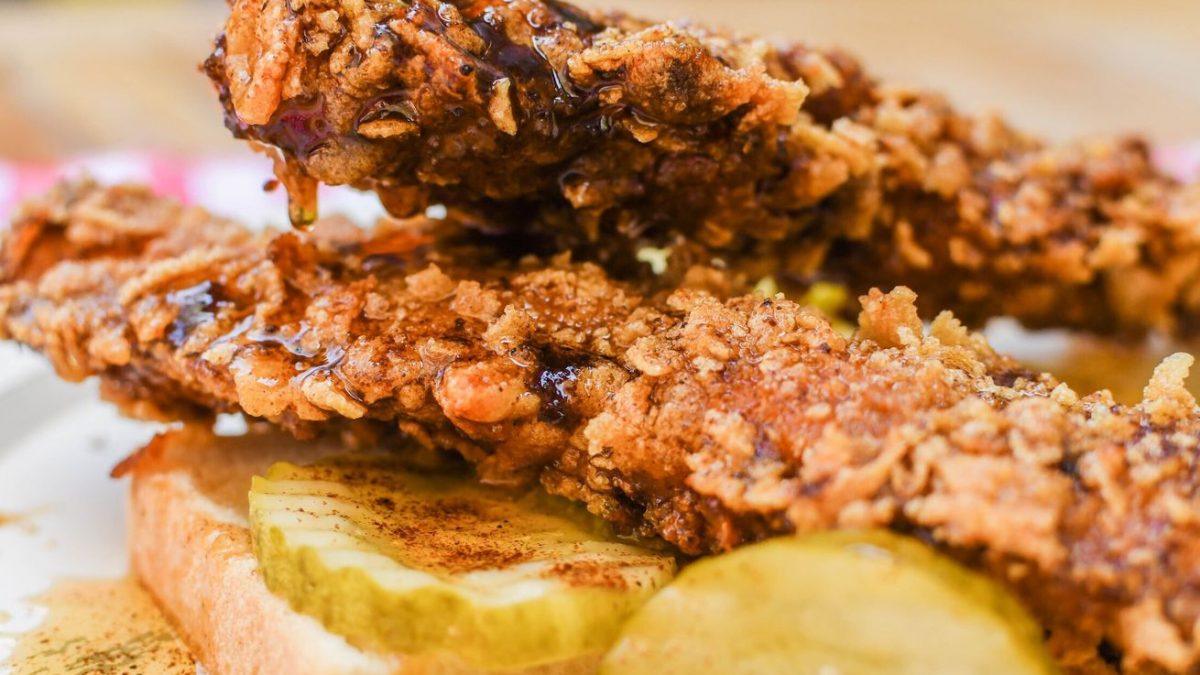 The Minnesota State Fair is here, and with it comes a dozen days of unadulterated excess through Monday, September 6. Where else it is perfectly acceptable to down a cinnamon sugar-ringed pint, a couple of deep fried Oreos, and a bucket of garlicky fries, all before 10 a.m.?

The number one question any Minnesota State Fair foodie gets is, “What is your favorite thing to eat at the fair?” With over 500 items at 300 different vendors, that’s a tough question to answer on the spot. Here’s a list of five fair food picks, followed by top options for drinks, kid snacks, and healthier options, too. For new fair foods to check out, go here.

What: Giant Egg roll on a stick

Que Viet, a family-owned Vietnamese restaurant in Northeast Minneapolis, brought the giant egg roll on a stick to the fair a few years ago, and the long lines began forming immediately. Crunchy and piping hot, these savory and Goliath-sized orders are as satisfying as they are delicious.

While many vendors serve perfectly acceptable ice cream treats throughout the fairgrounds, the Dairy Goodness Bar stands out of the pack with luscious sundaes layered with tart rhubarb and sweet, plump strawberries.

You can’t go wrong with any of the items at Blue Barn, but the crispy fried chicken dipped in a sweet butter glaze that comes with a little kick is a crowd favorite. White bread cradling the chicken comes in handy for mopping up extra glaze.

There is definitely no shortage of hot dog varieties at the fair, but the clear winner is the St. Paul-styled offering at Daryl’s. Tucked into a fluffy poppy seed bun and topped with fried onions, bacon bits and gooey melted cheese, this is the ultimate dog.

Grab a boat of golden deep fried pickle slices, dip into the silky ranch dressing and wander the twisted aisles of the West End Market. These tangy beauties also come in Cajun style or filled with a thin schmear of cream cheese, so the best bet here is to order the sampler.

A wall of swirling machines dispense ribbons of frozen, foamy goodness meant to float atop any of Schell’s eleven beer offerings, keeping the pints nice and chilled on a sizzling August day. Choose from frozen toppers like Sangria Red Citrus Lager, Grain Belt BLU Blueberry Lager, Schandy Weisse combined with lemonade, or the Choc’d Up, a chocolate porter exclusively available as a frozen topper.

Farmers Union’s Maple Nitro Coffee is a runaway hit, but the smooth Mocha Frappé is second to none. Conveniently located just inside the Snelling Avenue gate, there is no better way to start a day at the fair or get a much needed afternoon jolt. The sweet concoction has just enough java kick to get fairgoers through a few more hours of face stuffing.

Delightfully refreshing, cups of draft poured kombucha topped with a variety of fresh fruit are a welcome change from overly sweet sodas or stale lemonades. Produce Exchange serves as a respite from all things fried in a charming, bright orange corner kiosk across from the Food Building.

The OG maker of stunt beers at the fair debuted the malty, creamy Mini Donut beer in 2013, and the rest is history. The lines have not subsided, but it is well worth the wait for the golden brew, served in a pint glass crowned with a cinnamon sugar rim.

While there is some controversy regarding this delicacy’s true origins, one thing is clear. The crowds queuing up for a seat inside Salem Luther Church Dining Hall are here for the Swedish Egg Coffee. This destination drink is a tradition likely born out of necessity, as a way of clarifying and smoothing inexpensive coffee grounds with raw, lightly beaten eggs. The method purifies the humble coffee and creates a smooth, mild, and almost translucent cup of joe. A portion of proceeds help support a meal program through Salem Lutheran Church.

Where: Steichen’s Grocery Store and Deli, In Commissary alley, behind Café Caribe

Even though it has been around since 1926, Steichen’s family-owned convenience store is the best hidden gem at the fair. Bring picky eaters to Steichen’s for made-to-order deli sandwiches, fresh fruit and reasonably priced bottles of water, and rest under a colorful umbrella at their secluded patio. Don’t forget to pick up some aspirin, baby wipes, sunscreen or any other essentials forgotten at home.

Where: Giggles’ Campfire Grill, Lee Avenue and Cooper Street at The North Woods

Ideally situated across the street from Little Farm Hands, Giggle’s has the best kid’s meal at the fair. This is truly a happy meal, with chicken nuggets in the shape of smiley faces, French fries, and a cookie dessert. Parents can recharge on the sprawling back patio with a local beer and a plate of crispy, tender walleye cakes while the kiddos munch away.

Tacos in a bag are the perfect kid-friendly lunch, but the real treat here are the OOF-da Tacos with fry bread dough shell filled with seasoned ground beef and topped with the usual suspects like shredded cheese, tomatoes and sour cream. Kids and grown up alike rejoice.

No, it’s not a typo. There is no d at the end of shave ice, the original Hawaiian name for this fluffy cold treat. There is no comparison between shave ice and a snow cone. Shave ice is finely sheared, resulting in soft and delicate layers, like a cloud drenched in rainbow stripes of pineapple, strawberry, and lime. Minnesnowii comes in an overwhelming number of flavors with fun toppings like popping bobas, sprinkles, or ribbons of sweetened condensed milk.

Where: Spinning Wylde, Underwood Street between Lee and Randall Avenues

Wide-eyed kids and kids at heart will flock to this new fair vendor for its gorgeous, hand-spun cotton candy clouds available in a myriad of dye-free, natural flavors like dill pickle, sweet corn or mini donuts. There is also a sprinkles and toppings bar, including “glo-cones” to surprise everyone when the sun goes down. Owner Soktevy Phann-Smith likes to say she is in the business of “spinning out smiles,” which sounds like a perfect fit for the fair.

The Sota sandwich at Brim has restorative powers. The warm, gooey sandwich is made with gluten-free heritage bread brushed with cinnamon coconut oil and slathered with fresh ground nut butter and Minnesota blueberry marmalade, then toasted to a crisp yet tender perfection. Gluten-free and dairy-free.

What: French Meadow, Carnes Avenue between Nelson and Underwood streets

Vegan wings, vegan scones, every variety of milk substitutes under the sun. French Meadow, already known for an enticing healthy menu at two Twin Cities locations, has it all, along with one of the best iced coffees at the fair. Hemp milk anyone?

The refreshing, delicious frozen cider pops are the best deal at the fair. Made from 100-percent Minnesota apples, the pops clocked in at under two bucks in 2019. While in line, grab a couple of fresh apples to balance out the day’s carbs intake.

It would not be a visit to the Great-Minnesota-Get-Together without a bite into a juicy, heavenly Colorado peach the size of a basketball at Produce Exchange. Get it fresh or grilled with a dollop of goat cheese. 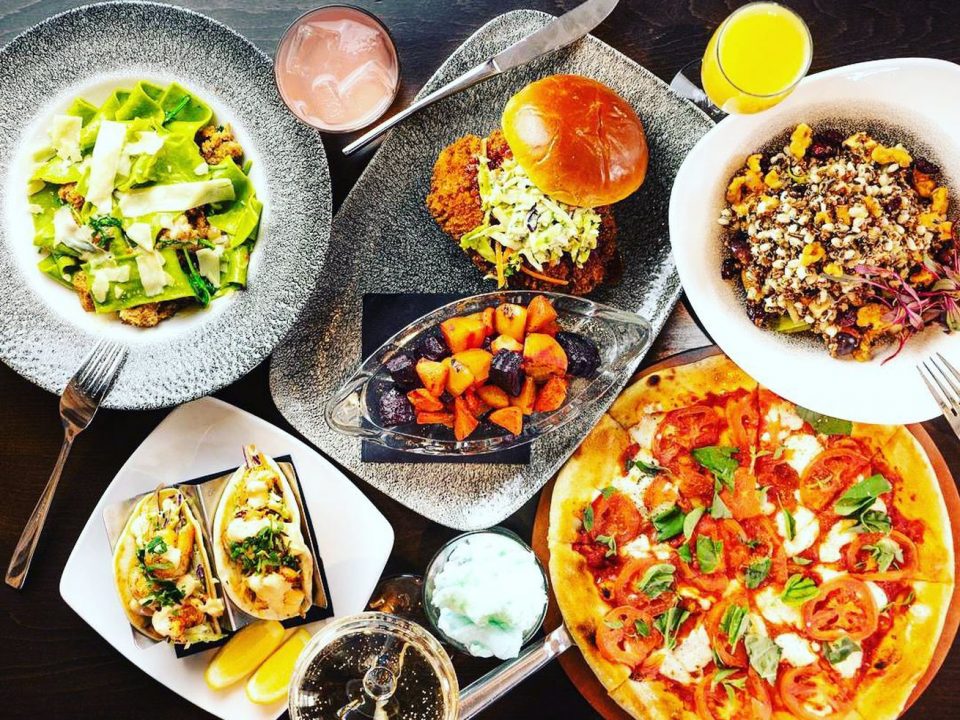 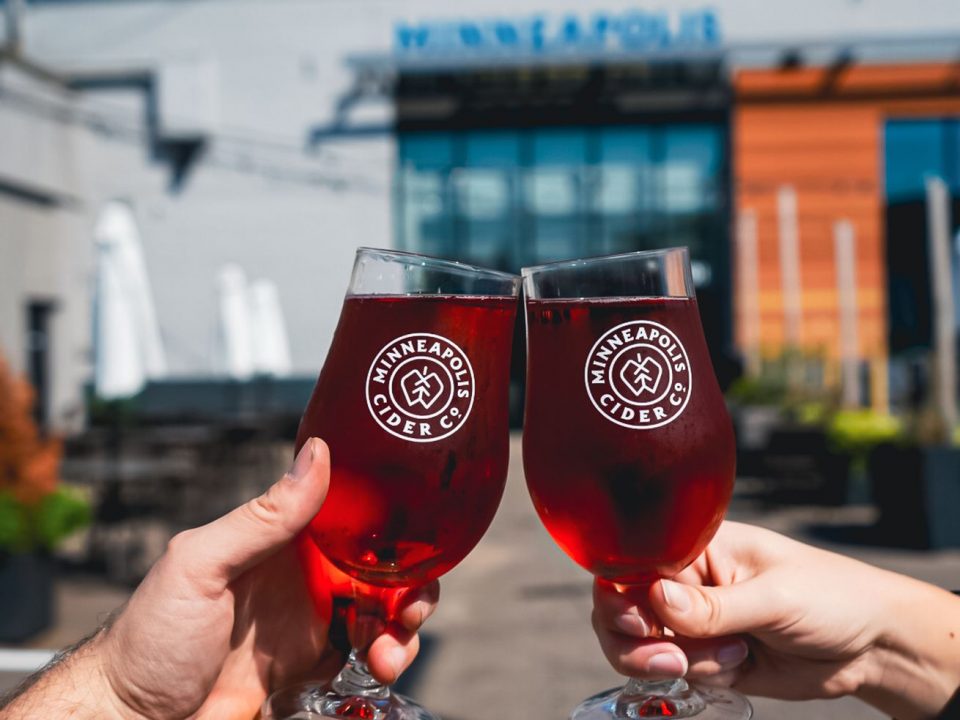 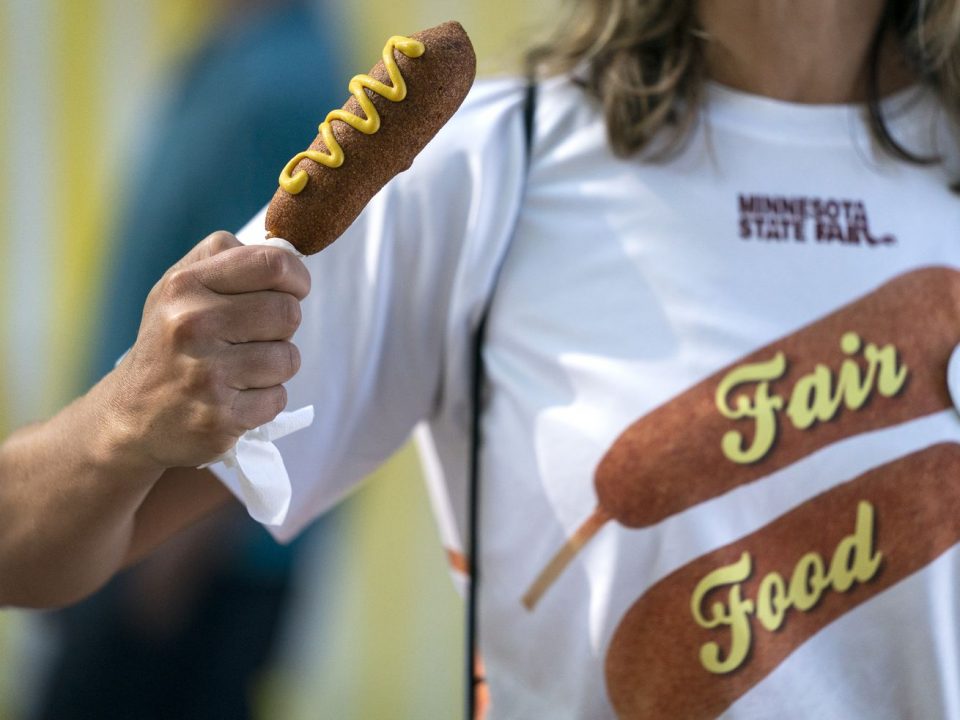