Demand for equipment falls, but Caterpillar has strong 3Q

'Something has to give': Latinas leaving workforce at faster rate than other groups 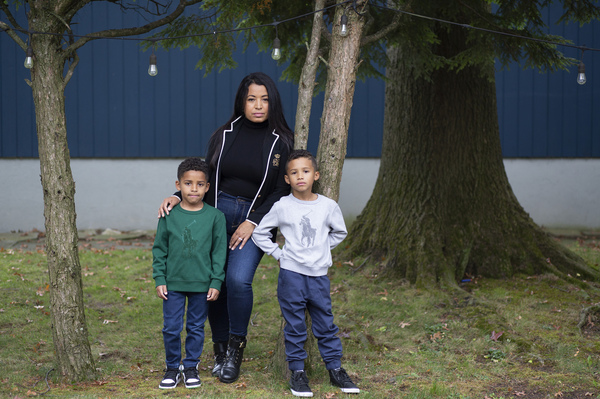 Farida Mercedes and her two sons Sebastian, 5, (left) and Lucas, 7, stand in their backyard in Fairlawn, N.J. Mercedes left her job as an assistant vice president of HR at L’Oreal in August after working there for 17 years. As hundreds of thousands of women dropped out of the workforce in September, Latinas led the way, leaving at nearly three times the rate of white women.

Throughout her years as a working mother climbing the corporate ladder, Farida Mercedes tried to be home for dinner with her kids. But until recently, she never imagined staying home full time.

“I respect stay-at-home moms. But it wasn’t part of my DNA,” said Mercedes, who spent almost two decades working for the cosmetics company, L’Oreal. “I love the hustle. I love being hungry and passionate. And I love my children. But I just couldn’t see myself out of that.”

That changed with the pandemic. Work became more stressful when L’Oreal’s sales dropped. Mercedes — an assistant vice president of human relations — had to lay people off.

Family life was even tougher. Mercedes’ husband is a guard at New York’s Rikers Island jail. He stayed away from home for a month out of fear of passing the virus on to his family.

It’s a story common to working mothers during the pandemic, but Latinas appear to have suffered most.

As hundreds of thousands of women dropped out of the workforce in September, Latinas led the way, leaving at nearly three times the rate of white women and more than four times the rate of African Americans. That could have lasting consequences for both household budgets and the broader U.S. economy. 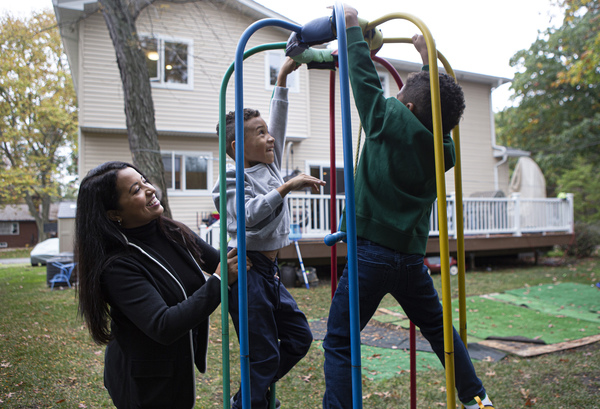 Farida Mercedes and her two sons Lucas, 7, (center) and Sebastian, 5, (right) play in their backyard. Mercedes’ husband is a guard at New York’s Rikers Island jail. Her sons struggled with home schooling, so in late August, with some trepidation, she gave up her corporate job.

Mercedes was one of the women who had to make the difficult choice to leave the workforce. As her sons struggled with home schooling, she found herself crying almost every day. So in late August, she gave up her corporate job.

“My family needs me,” Mercedes said, in a voice breaking with emotion. “So I made the really hard decision to be home with them. And it’s exactly where I need to be.”

Analysts offer a variety of explanations for the widespread Latina exodus. Hispanic women are more likely to maintain a traditional view of mothers as primary caregivers.

“My mom, for all of my life, worked two jobs,” Mercedes said. “But there’s something about — in a Latino home — the matriarch, the mother that needs to be home.”

Many Latinas also work in industries that have been hammered by the pandemic. While the overall unemployment rate fell last month, the jobless rate among Latinas rose to 11 percent.

Before the pandemic, Sabrina Castillo felt like she had a good balance between her job with the Campaign Finance Board in New York and her two children. Now, it feels like a tug-of-war, trying to manage a workplace team while also coaching her 5-year-old through online lessons.

“I’m embarrassed to say this, but I’m a week behind on kindergarten homework,” Castillo said. 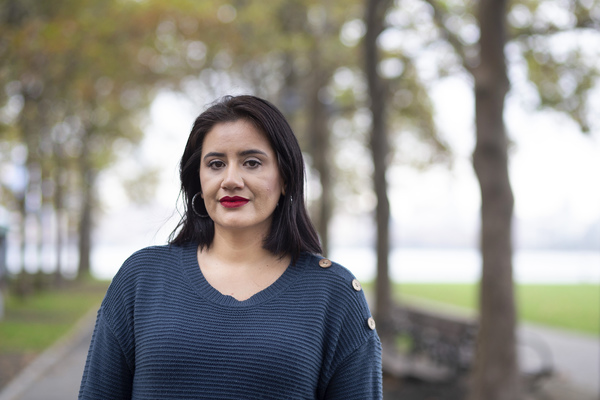 Sabrina Castillo used to commute into Manhattan for her full-time job as director of partnerships and outreach for the Campaign Finance Board in New York City. With the pandemic, she feels like she’s been pulled in every direction with trying to balance work and family life. Castillo is leaving the job she’s held for eight years, right after the November election.

“I can’t give my kids the attention they need, continue to give my team the energy and focus and fulfill myself with things that really bring joy to me,” she said. “I’m also married, so there’s a lot of roles there. Something has to give.”

Castillo is leaving the job she’s held for eight years, right after the November election. As someone who came to the United States as an infant from El Salvador, it wasn’t an easy decision.

“In our culture, in my culture, like leaving a really good 9-to-5 is not something you do,” Castillo said. 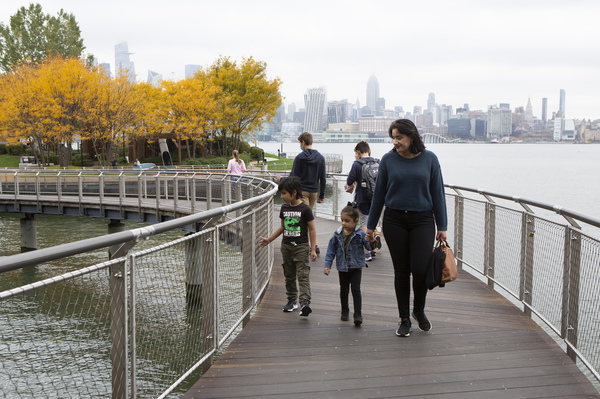 Sabrina Castillo walks with her children Lorenzo, 5, and Camila, 3, in Hoboken, N.J. “If one parent has to be home, it’s probably going to be — in our culture — it’s going to be … the mother,” Castillo said.

Not everyone has a choice. Maria Silva is a single mom who was furloughed from her job as a teaching assistant in Vancouver, Wash. She applied for food stamps and sold her car to pay bills. Even if her job reopens, Silva doesn’t expect to go back to work, so long as her 13-year-old daughter and 10-year-old autistic son are schooling at home.

“I’m a full-time mom and I’m a part-time employee,” Silva said. “But when there’s a pandemic or situation like this, it’s impossible to do — either way.”

Before the pandemic, Latinas had been joining the workforce in large numbers for decades — an influx that helped fuel economic growth. The pandemic-driven exodus could be a drag on prospects for future growth.

“It isn’t just a concern with what’s happening for Latinas or Hispanic communities,” said Marie Mora, an economist at the University of Missouri, St. Louis. “It does have effects for the national labor force.” 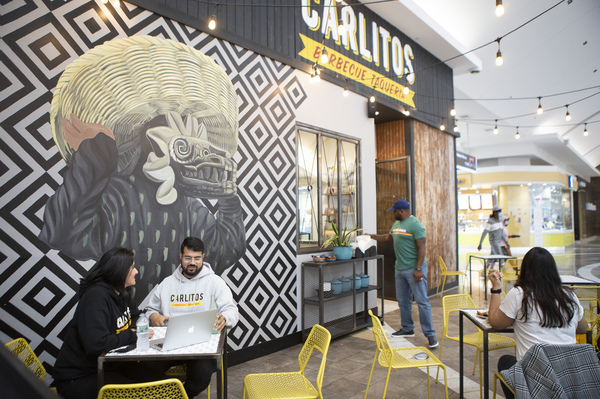 Sabrina Castillo (left) visits her husband, Carlos, who owns Carlitos Barbecue Taqueria in Paramus, N.J. She tries to visit him about three times a week, sometimes with the kids and sometimes without them.

If the pandemic is controlled quickly, Mora said, Latina women may soon go back to work. But the longer it drags on, the greater the danger that Latinas — along with other women — will lose skills and experience and possibly drop out for good.

“If not soon reversed, the decline in the participation rate for prime-age women could have longer-term implications for household incomes and potential growth,” Federal Reserve governor Lael Brainard warned last week.

Mercedes, who left her job at L’Oreal, said she can imagine going back to the corporate world at some point, but not back to 50- or 60-hour workweeks.

“It’s no longer the VP title,” she said. “It’s how do I build a life that allows me to spend more time doing the things that I love, being with the people I love? How can I create that for myself?”

Castillo also found, oddly enough, that the pandemic had given her space to imagine a new kind of work-life balance.

“Latinas are very resourceful,” she said. “A lot of women that I’ve personally been talking to are taking this time to reflect, ‘OK, how can I provide for my family and still not feel completely stretched out?’ “

She noted that some Latinas are starting their own businesses or finding other ways to be productive, outside the regular workforce.

“I don’t feel like I’m giving up my career,” Castillo said. “But I am giving up the traditional 9-to-5.” 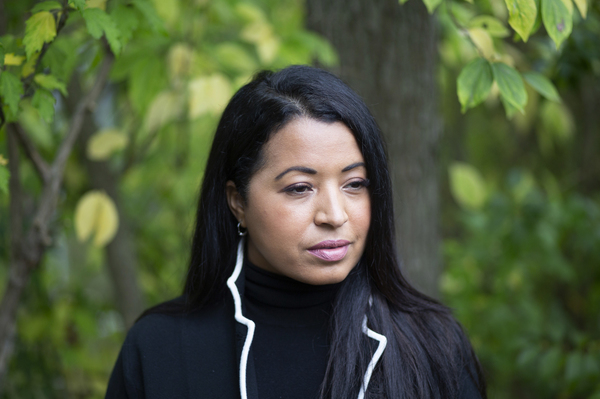 The pandemic has forced Mercedes to reassess her outlook on work. She might return to the corporate world eventually, but in a capacity where she can also spend more time with her family.

Farida Mercedes realized just how much her outlook had changed this fall, when she got a recruiting call from Google, which had always been her dream job. After a month as a stay-at-home mom, she turned it down. 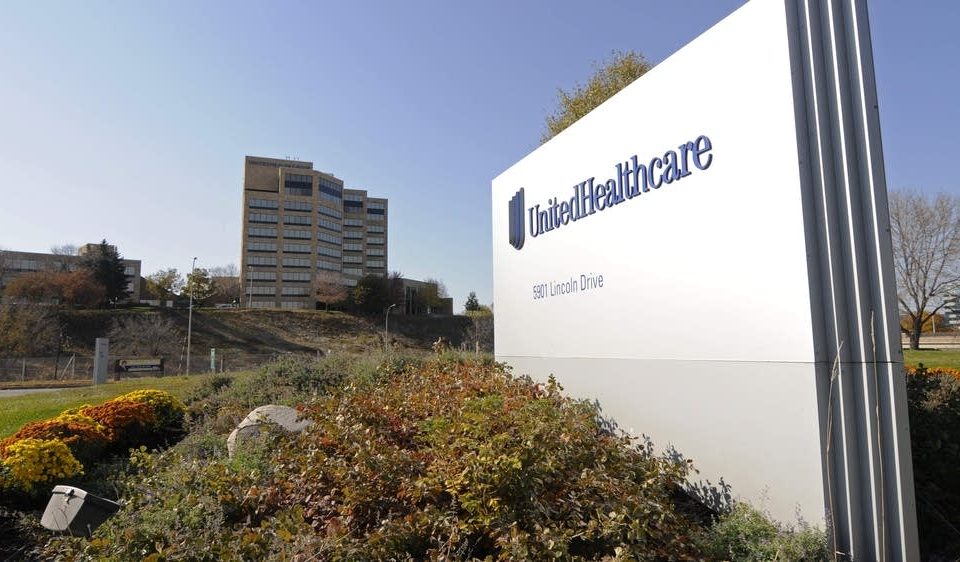 UnitedHealth forecast for 2021 is dinged by the coronavirus 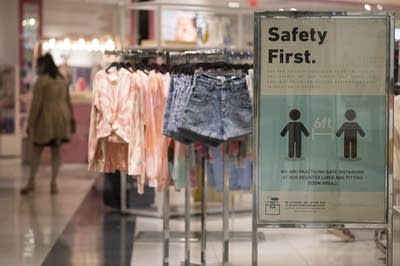 Starting a new business during the pandemic 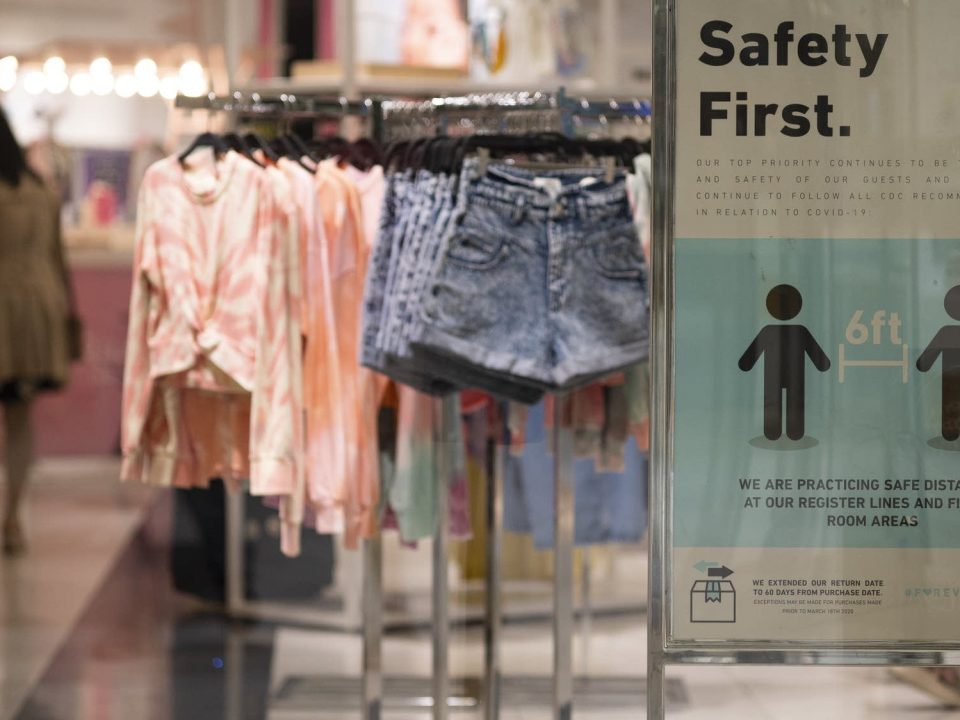 Coming up: Starting a new business during the pandemic