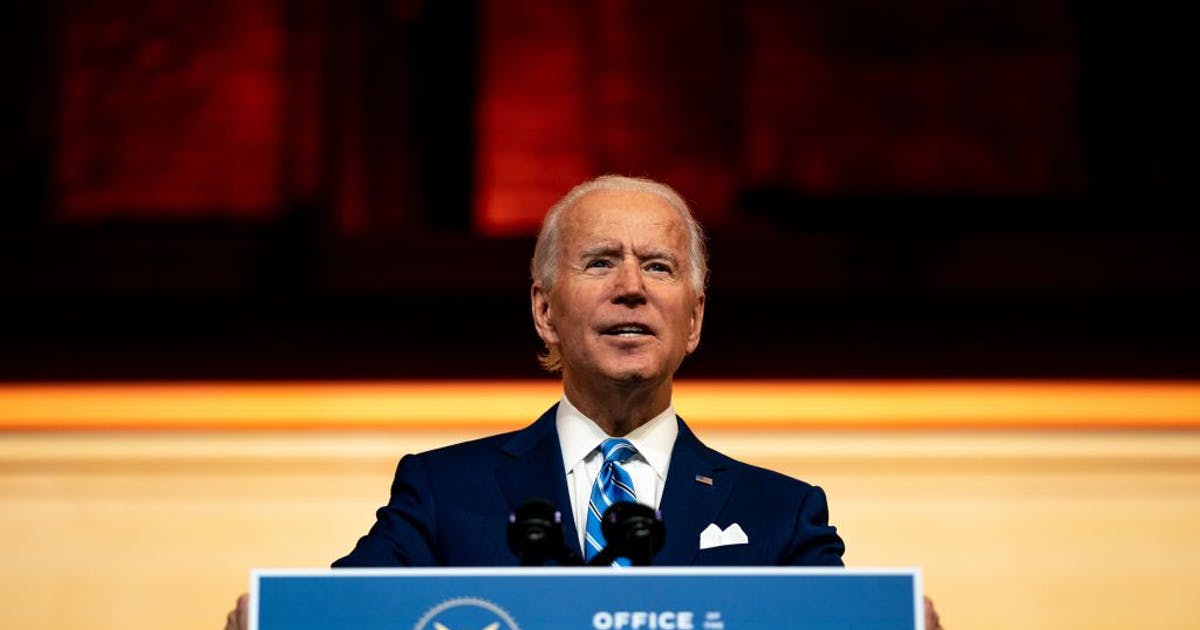 WASHINGTON – President-elect Joe Biden is expected to name top members of his economic team this week, including Cecilia Rouse, a Princeton labor economist, to run the Council of Economic Advisers, and Neera Tanden, the chief executive of the Center for American Progress, to lead the Office of Management and Budget, according to people familiar with the matter.

The announcement — which will include Biden’s decision to name Janet Yellen, the former Federal Reserve chair, as Treasury secretary — would potentially culminate in several women in top economic roles, including the first Black woman to lead the Council of Economic Advisers. All three jobs require Senate confirmation.

With the picks, Biden is showcasing a commitment to diversity in his advisers and sending a clear message that economic policymaking in his administration will be shaped by liberal thinkers with a strong focus on worker empowerment as a tool for economic growth.

Two of Biden’s top economic aides during his presidential campaign, Jared Bernstein and Heather Boushey, will also be named to the Council of Economic Advisers, which is a three-member team that advises the president on economic policy. Both Boushey and Bernstein come from a liberal, labor-oriented school of economics that views rising inequality as a threat to the economy and emphasizes government efforts to support and empower workers.

In many ways, his team is unified by a commitment to running the economy hot — with strong growth and low unemployment — in order to drive up wages. And it is likely to signal an embrace of spending to help workers, businesses and local governments recover from the pandemic recession, regardless of the effect on the federal budget deficit.

“President Biden’s appointments show that he is quadrupling down on his commitment to working people and raising wages,” said Jason Furman, an economist at Harvard University’s Kennedy School of Government and the former head of the Council of Economic Advisers under President Barack Obama. “He has appointed four of the best labor market economists in the country to head the Treasury and the Council of Economic Advisers.”

In addition to those roles, Biden is expected to name Adewale Adeyemo, a senior international economic adviser in the Obama administration, as deputy Treasury secretary.

Biden has also selected Brian Deese, a former Obama economic aide who helped lead that administration’s efforts to bail out the American automotive industry, to lead the National Economic Council, according to three people with knowledge of the selection.

Deese, 42, is not an academic economist but a veteran of economic policymaking, having served as the acting head of the Office of Management and Budget and the deputy director of the Economic Council under Obama. He was also a special adviser on climate change to Obama, a role that could signal Biden’s commitment to fashioning an infrastructure bill for his legislative agenda that heavily features spending on clean energy initiatives.

Biden on Sunday announced an all-female White House communications staff, with Jennifer Psaki, a veteran of the Obama administration, in the most visible role as White House press secretary.

Kate Bedingfield, 39, who served as a deputy campaign manager for Biden, will serve as the White House communications director. Karine Jean Pierre, who previously served as the chief public affairs officer for MoveOn.org, will be the principal deputy press secretary. Pili Tobar, a former immigrant advocate with the group America’s Voice, will serve as the deputy White House communications director.

The appointments indicate Biden’s plan to include racial, gender and ideological diversity in top roles, fulfilling a campaign pledge to ensure that a broad swath of America is represented in policymaking decisions.

But they could fall short of hopes within the progressive wing of the Democratic Party, which has been frustrated that their views are not being sufficiently represented in early personnel decisions. In particular, the decision to select Tanden, a divisive and partisan figure in the Democratic Party, could culminate in an intraparty fight, as well as a confirmation battle.

Republicans, who are expected to retain control of the Senate, are unlikely to easily pass Tanden, an Indian American who advised Hillary Clinton’s 2016 presidential campaign and has been one of the most outspoken critics of President Donald Trump.

She also faces a challenge from Senate Democrats given her role in the 2016 election: Many of those who worked for Sen. Bernie Sanders of Vermont, who ran against Clinton, remain convinced that Tanden was part of a group of Democrats working behind the scenes to scuttle his nomination.

Sanders, who ran against — and ultimately endorsed — Biden, is the top Democrat on the Senate Budget Committee, which vets the director of the Office of Management and Budget, putting the fate of Tanden’s nomination under his watch.

Josh Holmes, a former chief of staff to Sen. Mitch McConnell of Kentucky, the majority leader, referred to Tanden on Twitter on Sunday as a “sacrifice to the confirmation gods,” suggesting that her downfall would sate Republican anger toward Biden’s presidency and allow other nominees to more easily win confirmation.

Drew Brandewie, a spokesman for Sen. John Cornyn, R-Texas, said on Twitter on Sunday evening that Tanden “stands zero chance of being confirmed.”

But Stacey Abrams, a voting rights activist in Georgia and a rising star in the Democratic Party, praised Tanden’s nomination, saying on Twitter that she was “very proud” of her friend.

The selection of Tanden, who was involved in the development of the Affordable Care Act as an adviser to the Department of Health and Human Services during the Obama administration, is likely to resurface questions about the funding of the Center for American Progress. The New York Times reported last year that from 2016 through 2018, the center accepted nearly $2.5 million from the United Arab Emirates to fund its National Security and International Policy initiative.

In addition, hacked emails from Tanden that were released through WikiLeaks in 2016 could also provide additional fodder for her critics.

Biden’s other picks are most likely less contentious. Rouse, a labor economist, worked on Obama’s Council of Economic Advisers from 2009 to 2011 and at the White House’s National Economic Council during the Clinton administration in the late 1990s.

Claudia Goldin, a Harvard economist, a pioneer in research on the role of women in the American economy and one of Rouse’s thesis advisers in graduate school, called her a leading expert on labor markets and education.

“She is a deeply thoughtful person and a superb listener who brings out the best of those around her,” Goldin said.

Bernstein was Biden’s first chief economist when he was vice president and has written extensively on the power of low unemployment and strong economic growth to bolster workers and wages. Boushey runs the Washington Center for Equitable Growth, a liberal think tank focused on inequality, and was a top policy adviser to Clinton in 2016. She has focused much of her research and writing on government initiatives meant to increase women’s participation in the labor force, such as paid leave programs.

“They have put together a very strong team of experienced policymakers and smart economists,” Hassett said. “At this difficult time, it is great to know that a strong CEA will be helping to guide policy.”

Adeyemo is an immigrant from Nigeria and has extensive experience working at the Treasury Department during the Obama administration, when he was a senior adviser and deputy chief of staff. Adeyemo was also Obama’s chief negotiator for the macroeconomic policy provisions of the Trans-Pacific Partnership, which Democrats ultimately opposed, and served as the first chief of staff of the Consumer Financial Protection Bureau. After a two-year stint as a senior adviser at BlackRock, he joined the Obama Foundation in 2019 as its president.