Dollar General coming to Nicollet Mall in 2021 with urban format 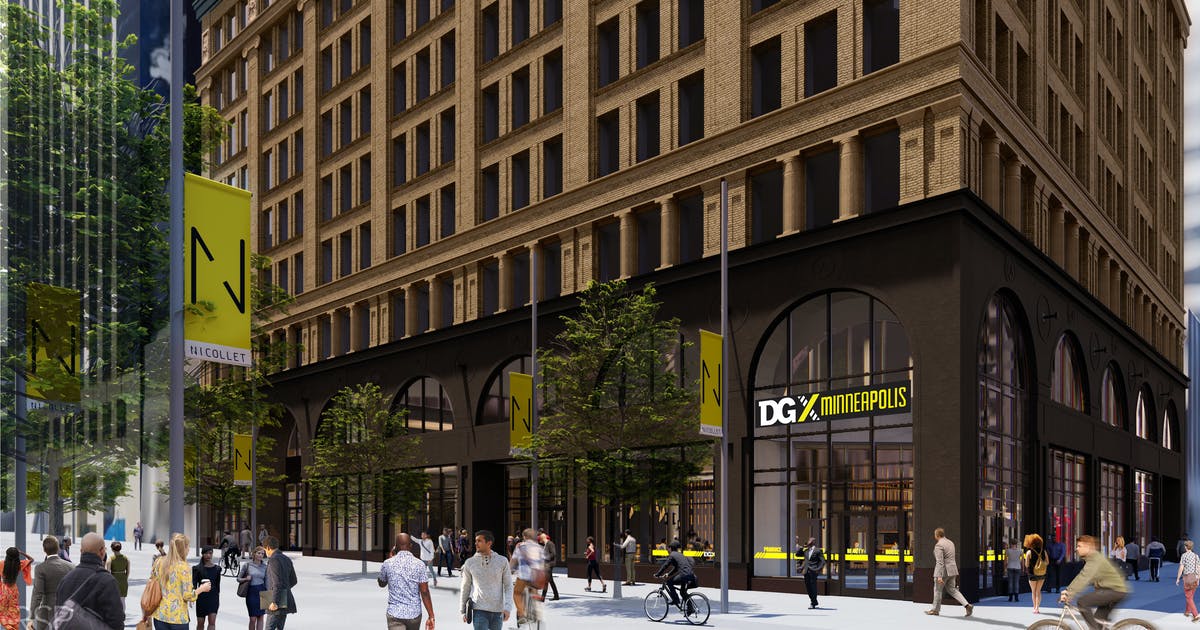 Dollar General has leased much of the long-vacant first floor of a historic building on Nicollet Mall at Fifth Street with plans to open a new concept store that is more upscale than its traditional discount-merchandising chain.

The 6,000 square foot store is expected to open early next year. It will occupy space that has been vacant for about 15 or 16 years, said Brian Lipson, the managing principal of The TriCoastal Group, which co-owns the Andrus with the Davis Companies in Boston.

TriCoastal and Davis Cos. bought the Andrus building in 2017 for about $20 million and spent nearly $4 million renovating the structure.

Now that the building facade, lobby, windows, and the first three of 11 floors are restored, the lower part of the building is ready for new life, Lipson said. “We are excited about our building. It’s a big change for the neighborhood. It was a chronic vacancy.”

In addition to DGX, Xcel Energy will lease the remaining 4,500 square feet of the first floor. Construction on both tenant spaces has begun.

“The combination of this new, upgraded retail concept from Dollar General and the activities featuring Xcel — one of our downtown Fortune 500 headquarters companies — will activate a key transit corner,” said Steve Cramer, president of the Minneapolis Downtown Council. “It’s also well located in relationship to the high density residential district emerging at the North end of Nicollet.”

Office tenants on the upper floors of the building will remain. They include DLR Group Architects, the brand and design firm CBX and transportation engineering firm WSP.

Conversations with DGX began in May 2019 and finalized a few weeks ago.

The Andrus partners knew they wanted a retail store on the first floor that could cater to the city’s growing residential population, Lipson said. They didn’t want a restaurant or a regular dollar store, which the Dollar General brand is known for, Lipson said. But when the partners learned about the new, smaller and millennial-focused DGX concept, they jumped to talk to the company about a lease.

The effort marks the first DGX concept store in Minnesota, which is expected to employ about 15 people and compete with Target, Whole Foods, Trader Joe and Lunds & Byerlys. The announcement of its arrival follows several retail store closings and bankruptcies that struck even before the pandemic.

Given demographics and explosion of apartment construction projects in downtown Minneapolis, DGX and Andrus officials believe their timing is perfect.

Since debuting in 2016, DGX has opened its smaller footprint stores in Dollar General’s headquarters state of Tennessee. It has also opened in Raleigh, N.C., , Philadelphia, Omaha, and Cleveland and Columbus, Ohio. Before COVID-19 hit, the company had plans to open 20 more stores this year.

The company isn’t the only one trying new things.

When Xcel Energy begins occupying the Andrus next year, it will debut an “XCELlab” think tank, where workers will brainstorm and focus on next generation products, solutions, and customer collaborations. The lab will be just across Fifth Street from Xcel Energy’s headquarters site on Nicollet Mall.