GameStop back on the rise as Robinhood eases trading ban 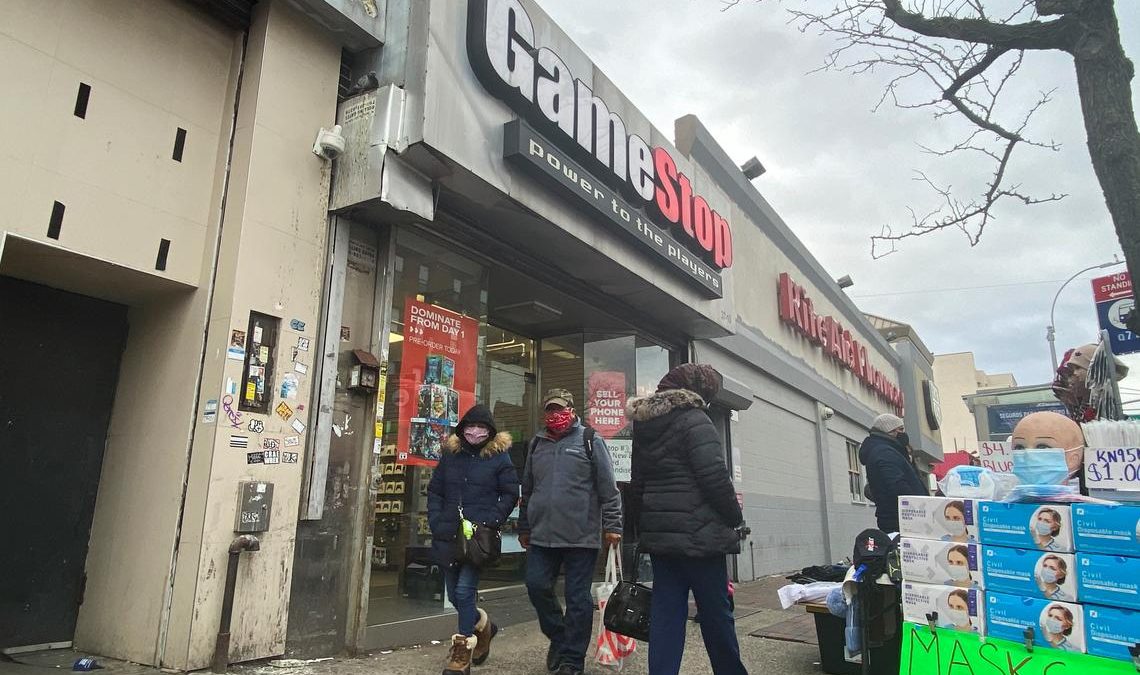 Shares in the video game store chain and headphone maker Koss Corp. were up more than 50% in premarket trading after slumping on Thursday when several online platforms imposed buying halts, sparking a backlash from investors, celebrities and policymakers.

Robinhood said on its website that it was easing some restrictions, but still not allowing purchases of fractional shares in GameStop and 12 other companies, effectively meaning smaller investors have to bet more in order to buy in further to the trade.

The brokerage, which has said its hand was forced by the surge in market volatility, was also maintaining numerical limits on the number of shares any one account could hold in each of the companies, further hampering players with existing positions from betting on more gains.

The showdown between small-time traders and professional short-sellers has drawn the scrutiny of Congressional lawmakers, the White House, the Securities and Exchange Commission and is being probed by the New York Attorney General.

Global equity markets have also suffered as funds were forced to sell some of their best-performing stocks, including Apple Inc., to cover billions of dollars of losses.

“The (GameStop) rally will continue for as long as these trading platforms allow people to buy these stocks,” said Joe Donohue, an investor in Stocktwits, a social media platform for equity investors.

“Once they shut it down — if they do — then there is going to be some selling. But until such time, the Robinhood/Reddit people are going to have their way with these stocks.”

In one victory for the retail pack, short-seller Andrew Left, who runs Citron Research and sparked the slugfest with his call against GameStop, said in a YouTube video that his company would no longer publish short-selling research.

On Reddit forum WallStreetBets, whose almost 6 million members are seen as having driven the rallies, GameStop and AMC remained overwhelmingly favored stocks.

Like GameStop, AMC and American Airlines Group Inc., all have high “short” interest ratios, making them subject to a squeeze on funds that have bet on the shares falling.

The retail frenzy also appeared to spread into other asset classes on Friday, with Bitcoin jumping as much as 14% to a two-week high after Tesla Inc. chief Elon Musk tagged the cryptocurrency in his Twitter biography.

A tweet from Musk, who has a record of making market-moving comments on the site, had fueled a 50% surge in GameStop shares on Tuesday.

Robinhood said on Friday it had also temporarily disabled a feature on its app that allows users to buy crypto securities instantly.

The chief executive of the London Stock Exchange, David Schwimmer, said regulators needed to be mindful of when the line was crossed into market manipulation.

“We’ve seen disruption by new technology and social media in a number of other industries so in some ways it’s not surprising to see it in financial markets,” he said.

“I will let the regulators determine whether there’s a need to take a careful look at this if it moves into the realm of market manipulation,” Schwimmer added.

Robinhood has been one of the hottest venues in the retail-trading frenzy but its sudden curbs on buying set off a raft of online protests as the firm tapped credit lines to ensure it could continue trading.

The brokerage also said it had raised more than $1 billion from its existing investors, having been strained by the high volumes and volatility of trading this week.

A website on the short squeeze strategy set up by one WallStreetBets participant told traders with Robinhood accounts to “find a new broker asap,” listing rivals Vanguard, Ameritrade and Fidelity, who have yet to place limits on trades.