US rolls out free app for alerts on vehicle recalls

Downtown Restaurants Damaged After a Night of Unrest in Minneapolis 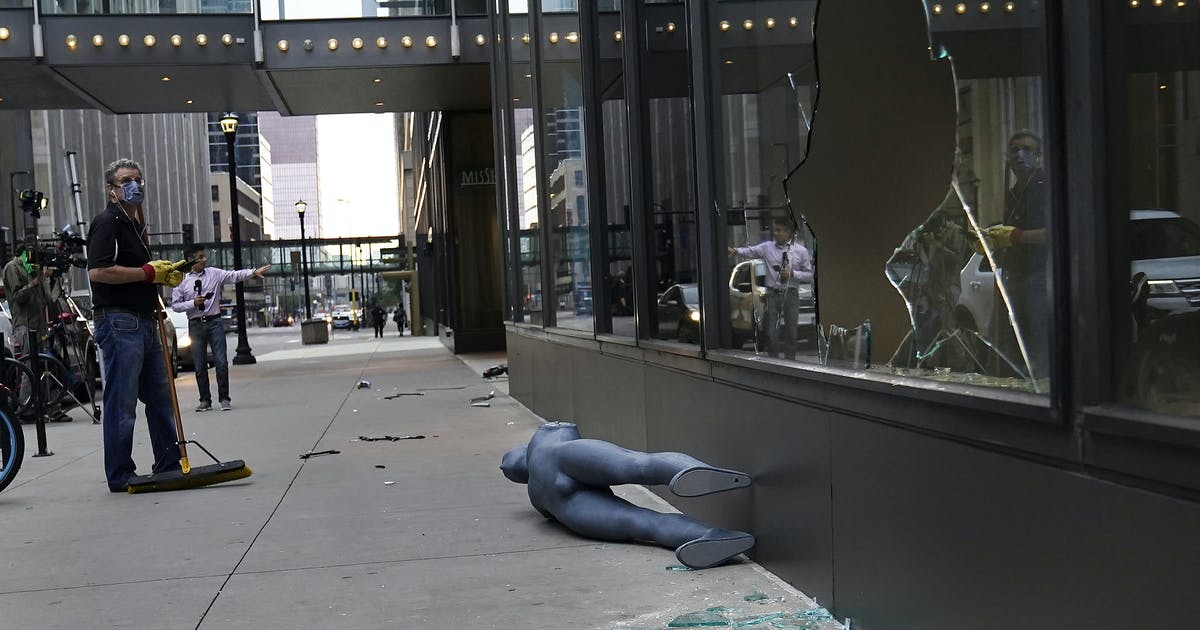 The IDS Center, the biggest building and central crossing of downtown Minneapolis, will be open only to its commercial tenants today, after rioters smashed ground-floor windows and one of its main entrances Wednesday evening.

The building’s skyway level will also be closed.

All along Nicollet Mall — the main pedestrian and shopping street of downtown that’s been emptied out and buttoned up since the pandemic forced most downtown offices to close in March — business owners Thursday morning swept up glass and assessed damage from a night of sudden violence that resulted from false information of another police killing of a Black man.

Late Wednesday afternoon, police chased a man down Nicollet Mall who was suspected in a homicide at a downtown parking garage earlier in the day. As they closed in, the man drew a gun and shot himself.

Police quickly released surveillance video that showed the man committing suicide, but that did little to stop the unrest that exploded as word spread falsely that police had done the shooting.

The speed and number of people involved in the destruction showed Minneapolis remains on a hair trigger nearly three months after the police killing of George Floyd, an unarmed Black man, on Memorial Day. His death sparked protests that, on four nights, turned into violent riots and fires that damaged hundreds of businesses in Minneapolis and St. Paul.

On Wednesday night, about two dozen businesses suffered property damage, including the headquarters building of Target Corp. and stores in City Center.

“Our first priority was keeping our team members and guests safe and no one was injured in the building,” the company said in a statement. “We closed the store early, are inspecting the damage and plan to reopen the store later today.”

The corporate headquarters at the corner of Nicollet and 10th Street also received damage. External windows were smashed and a small group of people broke into the basement mailroom and started a fire, the company said.

“Most of our headquarters team members are already working from home and we’ve asked the remainder to stay home today while the damage is repaired,” the statement said.

While the worst damage was along Nicollet Mall, rioters also damaged a Lunds & Byerlys on Harmon Place, an Avis and Budget car rental on S. 3rd Avenue and a Walgreens miles away on Chicago Avenue at 43rd Street.

The Walgreens, which was close to the site where Floyd was killed, had been the only Walgreens still open in south Minneapolis after several other locations were damaged by the riots in May and early June.

On Thursday morning, downtown remained empty of its regular commuters and office workers. Ambassadors from the Minneapolis Downtown Improvement District were visible on the streets helping the cleanup.

Steve Cramer, chief executive of the Minneapolis Downtown Council, was out early to assess the damage and called downtown businesses were resilient.

“We’ll bounce back from this,” he said. Then he added, “It’s a tough blow, though. I think there’s a lot of discouragement about this. On top of everything else that’s happened this summer since Memorial Day and the killing of George Floyd, it really calls into question how we’re going to come together as a community. That’s the challenge we have in front of us right now.”

Jim Durda, general manager at City Center on Nicollet Mall, said the most important thing was that no one was hurt in the riot, which damaged several retailers in the building.

“It’s really unfortunate. We had this loss of life yesterday, two lives lost,” Durda said referring to the homicide victim and suspect who killed himself. “We are a big city with big city problems and mental health issues so there are broader issues to tackle.”

In earlier unrest after Floyd’s death, there was a lot more damage to the building. “This time it was only three windows at Starbucks and Sax,” Durda said.