New hotel will be Excelsior's first in 60 years 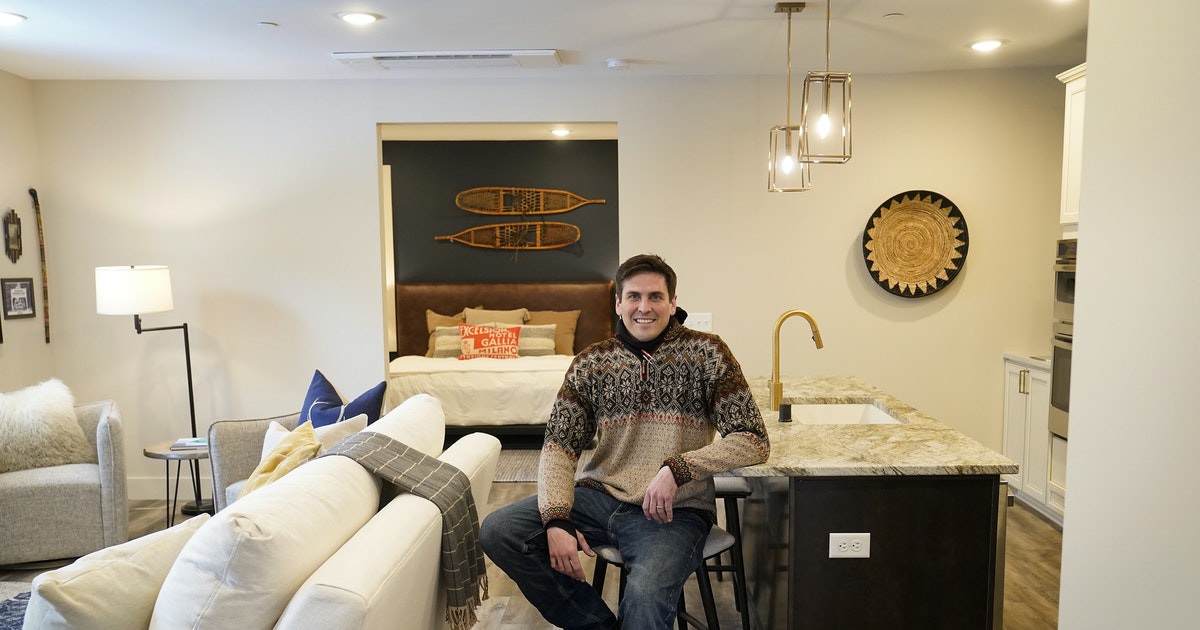 Excelsior, a one-time summer vacation mecca, is about to get its first hotel in 60 years — four luxury rooms on the second floor of a downtown building previously occupied by dilapidated empty apartments.

The Hotel Excelsior is under construction on Water Street, the city’s main drag, a couple of blocks from Lake Minnetonka.

It’s the second hotel in the past few years to open anywhere around the lake, which in the late 1800s was ringed with grand hotels. The 92-room Hotel Landing in Wayzata, across the street from the lake, opened in 2017. Excelsior also has a bed-and-breakfast, the Bird House Inn.

“One day we’re walking down [Water Street] and saw this building for sale,” Verdoorn said. “We started talking about it and looking at the building and said, ‘Sure, let’s do it.’ ”

Local zoning requires businesses at street level. At first, the two weren’t sure how they’d use the second story of the 1906 structure — the apartments had been vacant for decades, and the building needed massive repairs.

Another walk down Water Street sparked a second inspiration. Nelson looked up and saw the word HOTEL in fading paint on the side of a brick building, advertising the long-closed Fred Hawkins Hotel.

“That’s when I first came up with the idea for [the Hennessy Building] to be a hotel,” Nelson said.

The sign was like a ghost beckoning from more than a century ago, he said, when Lake Minnetonka was a famous resort destination with as many as 40 hotels at its peak.

Excelsior alone held “probably over a dozen hotels over the years,” said Lisa Stevens of the Excelsior-Lake Minnetonka Historical Society.

By the early 1900s, however, many had shut down either because of slow business or fires in the wood-frame buildings. The 80-year-old Sampson House, the last hotel in Excelsior — and one of the last on the lake — closed in 1961.

To create their hotel, Nelson and Verdoorn gutted the 3,000-square-foot second story of their building, replaced a collapsed roof and leveled its uneven floors. They built four rooms, retaining some skylights and other historical touches inside. Exterior renovations followed the local Heritage Preservation Commission’s strict requirements for retaining or recreating its original appearance.

“I love how Excelsior has kept its charm and its personality over the years, and I think being able to [maintain] that is important,” Verdoorn said.

With four rooms, the Hotel Excelsior won’t match the grand hotels in size. But they’ll be similarly fancy, with kitchens and furnished sitting areas. Nightly rates haven’t been established, but they’ll “probably be north of $300 in the summer and south of $300 in the winter,” Nelson said. Visitors may be required to book at least two nights.

Each room is named after a Lake Minnetonka bay — St. Alban’s, Smithtown, Maxwell and Wayzata.

“I could see people staying in the Maxwell suite and saying, ‘Next time I want to stay in St. Alban’s,’ ” Nelson said.

The developers plan to rent two street-level spaces to retail shops. One tenant will be Faribault Woolen Mill Co., a historic entity itself. The Excelsior shop will be the 150-year-old company’s third store outside of its Faribault, Minn., headquarters.

Nelson and Verdoorn hope to open by early March. They’re not yet taking reservations but are already getting calls from people interested in rooms for upcoming gatherings, Verdoorn said. They expect to host visitors for weddings and appeal to attendees for Excelsior’s festive events — including (during non-pandemic times) an annual art show, sled dog races and July 4th fireworks.

“Our greatest amenity is the city of Excelsior,” Verdoorn said.