Fixing a Mac that can't send e-mails with attachments

Strawberries, peppers to take root at vast greenhouse under construction in North Dakota 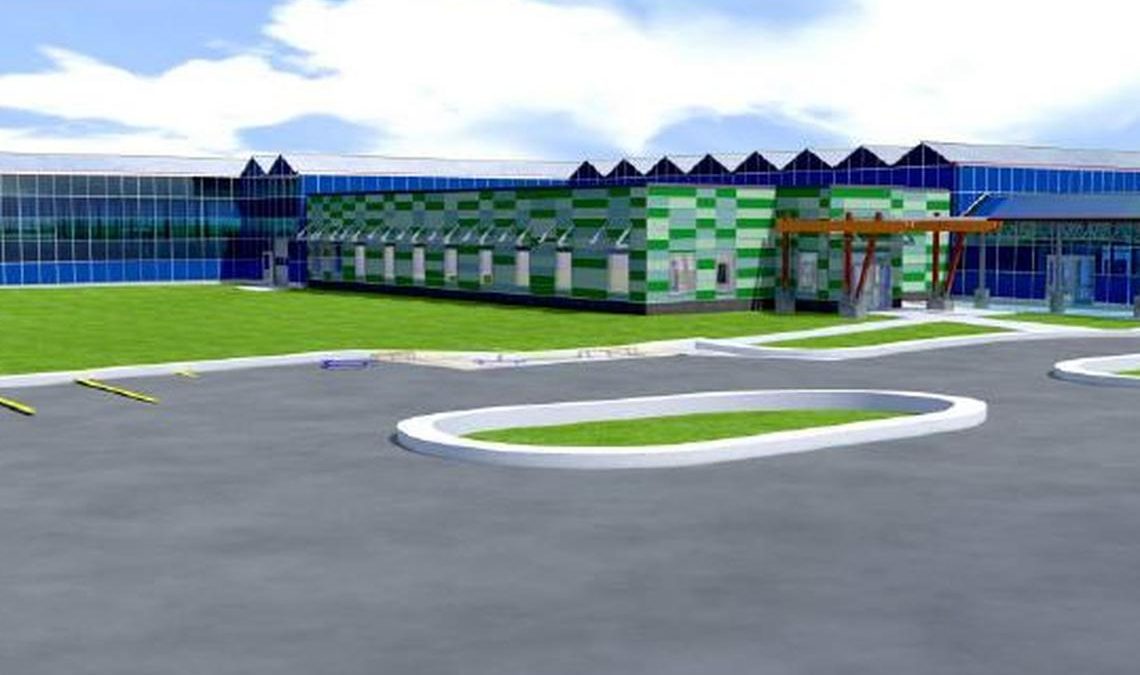 Native Green Grow will use energy from natural gas now being flared at the wellhead and collect it to generate heat to warm the climate-controlled greenhouses. The project, planned to unfold in three phases, ultimately will involve 412,000 square feet of warmed greenhouse space in a 10-compartment complex near Parshall, N.D.

The NG2 project, as it’s called, is a food sovereignty project for the MHA Nation that will reduce environmental waste in the form of flared gas and will create a stable food system and economy for the tribe, Chairman Mark Fox said.

Groundwork has already begun on the project, which is slated for completion in September of 2022. “They’re scraping away as we speak,” Fox said.

Once ready, the greenhouses will grow a variety of fruits and vegetables, including lettuce, cabbage, cucumbers, tomatoes, green peppers and strawberries.

The crops will help the MHA Nation develop a more self-sustainable food system that will have health benefits for tribal members, who will have ready access to organic produce, Fox said.

The inspiration for the greenhouse complex — which Fox intends as the first of several at Fort Berthold — came from a magazine article about extensive greenhouse farming in the Netherlands that Fox read three years ago.

The MHA Nation has the same key natural resources as the Netherlands, including plenty of water, land and petroleum production, which can be used to produce gas to heat the greenhouses and for carbon dioxide, which plants need to grow.

“I thought we could do this,” Fox said, recalling his determination to explore the possibility.

The project will include an on-site central heating plant as well as a land bank for a future raw captured gas refinery at the 40-acre site. Besides energy from gas that now is being flared, the greenhouse complex will use electricity.

A system will capture rain and snow to irrigate the crops grown inside the greenhouse to supplement other water sources.

Advocates of large-scale greenhouse growing operations, in the Netherlands and elsewhere, argue that they are needed to avoid widespread hunger starting in 2045, when climate-change disruptions will mean conventional farming won’t be able to feed a growing global population, Fox said.

Once the pilot project is complete, Fox hopes to see more greenhouse complexes — ultimately half a dozen — at Fort Berthold. He also would like to see the tribe expand its conventional farming operations. Most of its farmland now is leased, but Fox wants the tribe to take a more active role.

Fox also wants to inspire more family and community gardens on Fort Berthold. The Mandan, Hidatsa and Arikara were semi-nomadic tribes that tended large gardens near their earth-lodge villages along the Missouri River and its tributaries.

“We were the first farmers in the state,” Fox said. “We’re just simply returning to that.”

Famously, the Mandans provided corn and other produce to help explorers Lewis and Clark endure their winter stay at Fort Mandan in 1804-05.

Major greenhouse growing projects will proliferate around the world and in North Dakota, Fox predicts. Greenhouse growing offers certain advantages, including a reduced need for pesticides.

“I believe in North Dakota, when we build it, we will be the largest greenhouse in North Dakota,” and will provide an example that others will follow, Fox said. Within the next 10 to 20 years, other big greenhouse projects will sprout around the state, he said.

The Native Green Grow greenhouse near Parshall, N.D., on the Fort Berthold Indian Reservation will include a storefront and outdoor space for a seasonal farmer’s market. The building that will house administrative offices will include an educational classroom. Submitted rendering

Gov. Doug Burgum, who is familiar with the greenhouse initiative at Fort Berthold, sees the advantages of greenhouse growing and the synergies with North Dakota’s energy industry.

The Fort Berthold greenhouse project and the recently announced Archer Daniels Midland Co. soybean crushing plant at Spiritwood, which will make soybean oil that can be blended into renewable diesel at the Marathon refinery near Dickinson, are examples of the melding of North Dakota’s agriculture and energy industries, the twin pillars of the state’s economy.

“We could be growing all kinds of crazy in North Dakota greenhouses,” Burgum said, predicting the start of a new trend.

In fact, a big greenhouse is in development for the Spiritwood Energy Park. Plans call for a 30-acre project with a preliminary price tag of at least $35 million, led by Houweling Tomatoes, which operates greenhouses in British Columbia, California and Utah.

The Spiritwood greenhouse project, which would use waste steam from the nearby Dakota Spirit ethanol plant, is slated to go into operation in 2022, said Connie Ova, executive director of the Jamestown-Stutsman Economic Development Corp. 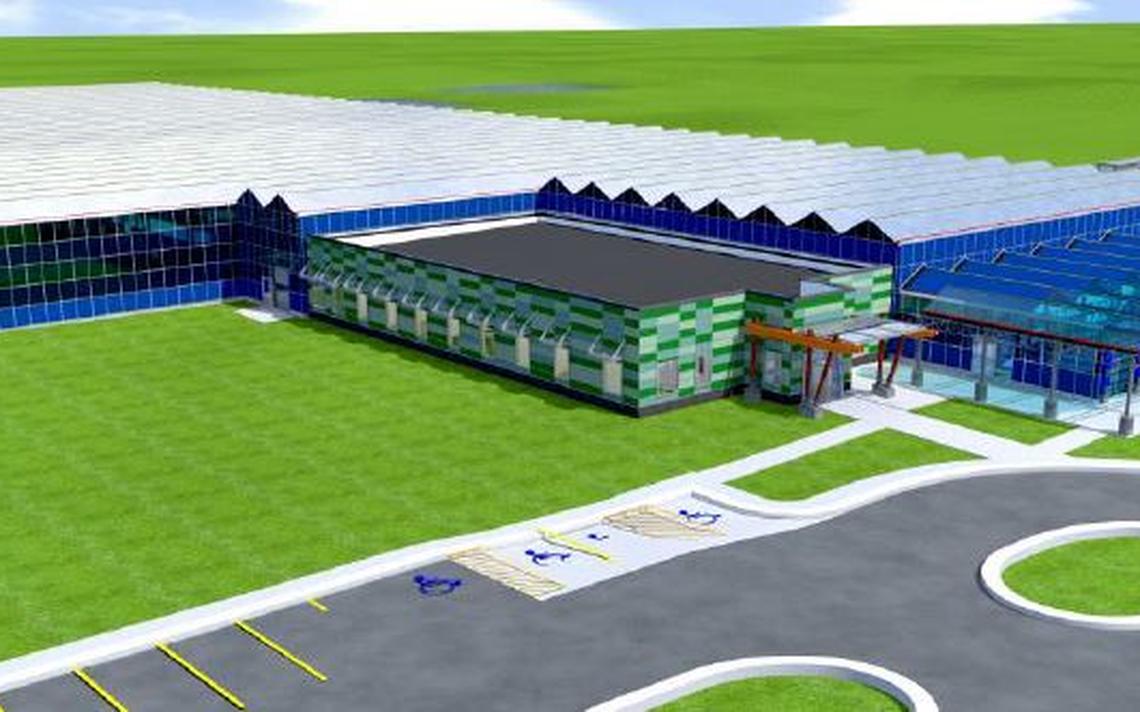 The Native Green Grow greenhouse complex near Parshall, N.D., will include a 12,410-square-foot building with a warehouse and produce packing facility. Submitted rendering

The Native Green Grow greenhouse complex will include a 3,244-square-foot produce sales area, and some of the produce also will be exported outside the reservation. Fox dreams of the day when he will walk down grocery aisles in Bismarck and Mandan and will see produce grown in Fort Berthold greenhouses.

Also, during the summer, an outdoor farmer’s market will be available for community growers to sell their produce.

Once in operation, the greenhouse will eventually employ 20 to 25 workers, and 70 parking spaces will be available at the site to accommodate visitors. Training will start soon for growers and other staff.

“We’re going to really have to ramp that up,” Fox said.

What would a gas tax holiday mean for Minnesotans?