Mexico enacts law to guarantee public access to all beaches 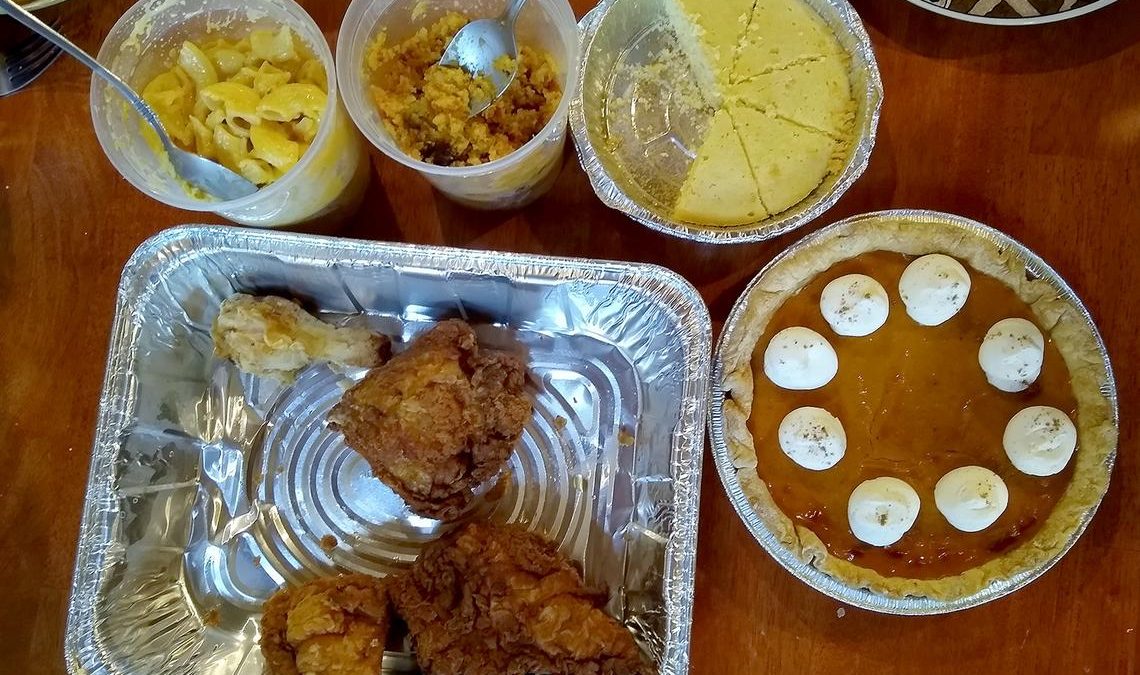 Even the wait was festive, thanks in part to a neighbor who took the time to water his lawn, then have a smoke, while wearing a costume panda head. Not to mention the air smelled like dinner.

Cars wound through the parking lot of Peace United Church of Christ, pop-up headquarters for one night of Doc Witherspoon’s Soul Food Restaurant — a fundraiser for the brick-and-mortar spot Witherspoon brothers Stephan and Solomon plan to open in 2021 in Lincoln Park.

We ate half the dinner from Doc Witherspoon’s Soul Food Restaurant before thinking to take a picture. (Beverly Godfrey / bgodfrey@duluthnews.com)

At the front of the line of cars, Stephan Witherspoon greeted friends and strangers while handing off orders.

The Witherspoons had planned for 100 dinners and sold out within 14 hours of posting. Earlier this week, the group said it planned to host another event in the near future.

In the past eight months, some new food-minded folks have gotten into the game by offering pop-up options — whether it’s delivering fried chicken, cakey cornbread and sweet potato pie through a car window or setting up smokers on a neighborhood street corner and passing along plates of pulled pork.

For the soul food venture, this pop-up option has been a way to show what they’re about, Stephan Witherspoon said.

“I think it’s cool,” he said. “It gives people a good idea of what they’re going to get, what’s in store for the future. It’s modern, it’s a great idea to advertise what’s coming. I love it.”

The growth of JamRock

Before the global pandemic, there was Tony O’Neil, a former football player turned chef, serving up jerk chicken and cornbread muffins to a late-night audience on West First Street.

“They could smell it down the block,” O’Neil recalled, a smell that he said lured diners from even the Duluth Police Department.

When local bars closed to help stop the spread of COVID-10, O’Neil started serving his signature Jamaican dishes out of his home in Superior. Word spread, and at its apex, he recalled 80-100 cars lined up for the food he was serving under the name JamRock Cultural Restaurant.

There were flaws in this plan, though. 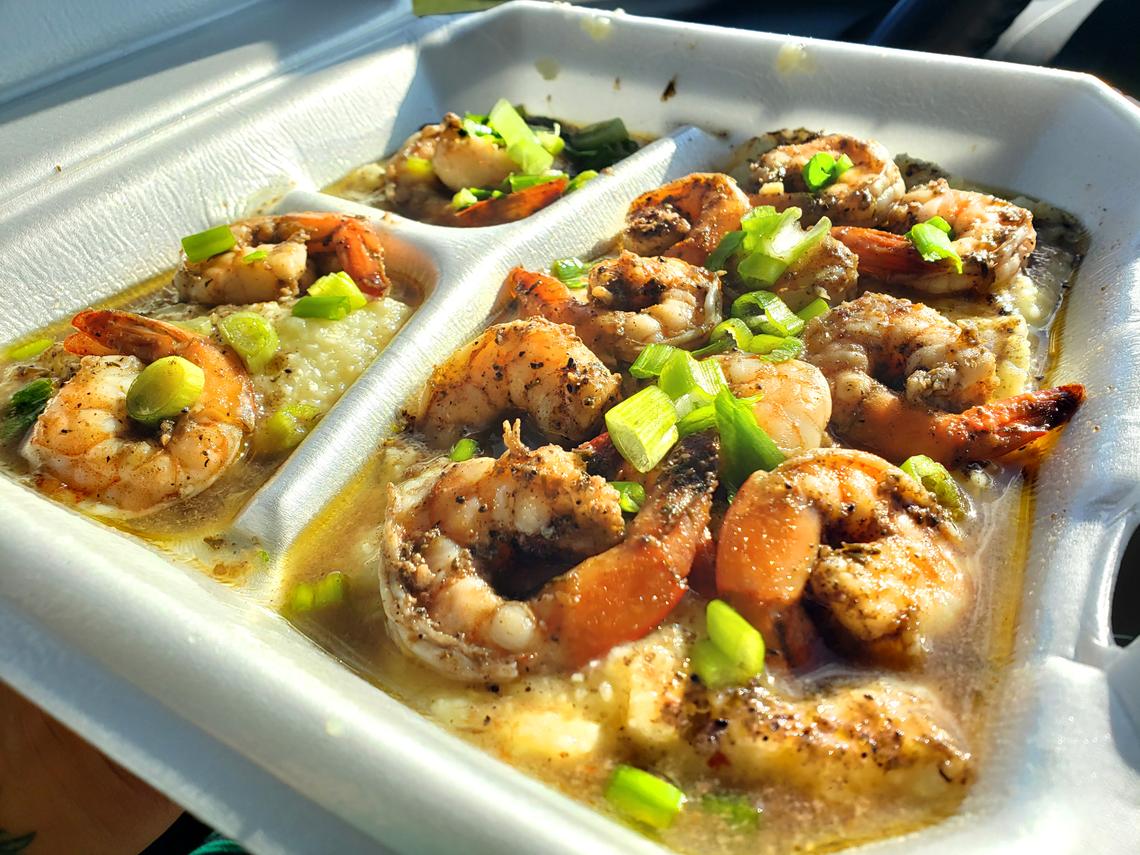 He chronicled his shift toward a commercial kitchen space at Average Joe’s Pub on Facebook — including a note about a person who had contacted the State of Wisconsin about his operation.

Within days, he added a photograph of his official paperwork from Douglas County. His Facebook page continues to be a place of information and entertainment — with straight talk about growing pains, occasional videos, shout-outs to other local small businesses and listings of how many plates he has available.

These days he offers one or two entrée options and a drive-thru window for pickup. Next week’s menu, which is already available online, includes one of his fan-favorites, Jerk Chicken Alfredo.

O’Neil’s grandparents owned a restaurant in Jamaica, and he grew up watching his grandfather grill and his grandmother re-imagine American dishes in a Caribbean way.

“I think I bring a completely different aspect to the food world,” O’Neil said. “I put a lot of love into what I do to bring them great meals. I always think, it’s not only food; it’s a cultural experience.”

No restaurant, no big deal

Robert Lee, a food hobbyist who cooks under the super hero-esque name Gumbo Boi, isn’t looking to break into the restaurant business. Like, at all. But he likes what he is doing right now — a one-night-only weekly pop-up out of the kitchen at shuttered Zeitgeist Arts Cafe kitchen. 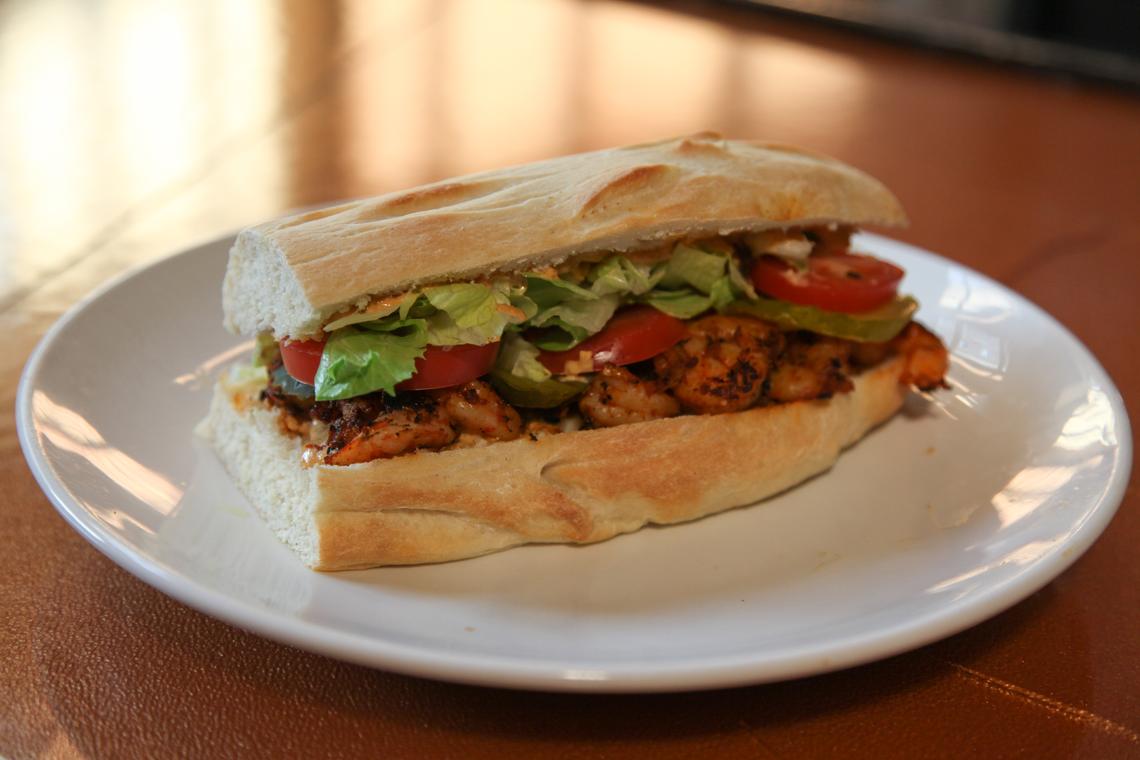 Robert Lee, a hobbyist, began improving upon his favorite recipes, including a shrimp po’boy, during the pandemic. (Photo courtesy of Lee)

Lee, of the Duluth Playhouse, used the pandemic as a time to improve upon his recipes — which are influenced from growing up in Southern Louisiana.

In the beginning, he made trades with friends: His gumbo for your homemade whatever, maybe booze, occasionally a donation.

“The response was good,” he said, adding that he thought, “Maybe I should look into this as a legit thing. I wasn’t trying to open a restaurant or have a huge overhead. I just decided to see if (I) could find a kitchen to cook out of.”

He has watched, and dined on, JamRock, has considered the model of meal kits, and Jonathan Reznick of “The Rambler” fame offered tips on the paperwork involved with making it all official.

Howard Ross has 30 years of restaurant experience, most recently at the Duluth Entertainment Convention Center. He was permanently laid off earlier this year, so he took his BBQ specialties to create Howard Que’s — two smokers and three grills — to a temporary spot near the Shanty Bottle Shop. There, on weekends, he offered options like pulled pork, ribs, chicken and brisket. He used word-of-mouth, printed flyers and Facebook to find customers.

Ross closed up shop about two weeks ago because of the shift in weather and hasn’t been able to find a truck or kitchen to continue making food — which he says is his passion.

The pop-up concept, he said, is a great idea. He would still be doing it if he had support.

“Especially for people who have been wanting to do something on their own, feeling out the area,” Ross said.