Why this economy may be sturdier than it looks

A Last Night of Service at Sen Yai Sen Lek 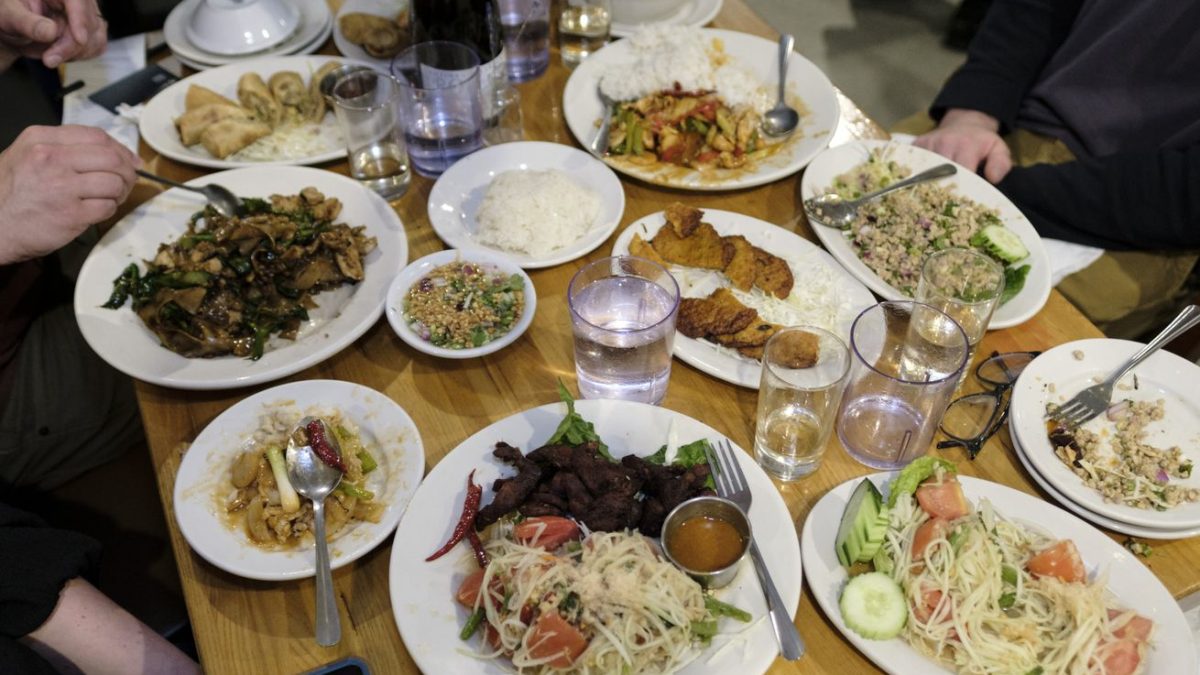 After 14 years on Central Avenue, owners Holly and Joe Hatch-Surisook are waving a warm farewell to the restaurant business, and on Saturday, April 23, Northeast Minneapolis turned up for one last night of khao soi.

Northeast Minneapolis Thai restaurant Sen Yai Sen Lek and sister sandwich restaurant Dipped & Debris have closed after a combined 14-year run. Current and former staff and a small army of regulars gathered Saturday to say goodbye to the restaurants, longtime anchors of Central Avenue’s diverse food corridor that — even amid two of the most socially isolated years in recent memory — have remained vibrant, essential spaces for people to gather and eat.

Owners Holly and Joe Hatch-Surisook met working at a St. Louis Applebee’s. After resettling in Minneapolis, they opened Sen Yai Sen Lek in a brick storefront on Central Avenue in 2008. At the time, they say, there were far fewer Thai restaurants in Northeast. Joe, who emigrated from Bangkok at age 5, spent hours revising recipes with his mother’s guidance, attempting to capture the flavors and textures of his childhood Saturday afternoons, like ba mee haeng, an egg noodle dish made with barbecue pork, fried garlic oil, and peanuts.

A neighborhood where Eastern European working-class immigrants coalesced during the 20th century, Northeast has also become home to Somali, Latinx, Southeast Asian, and other immigrant groups, who’ve helped shape Central Avenue into a bustling thoroughfare of small businesses and restaurants. Northeast is also an arts district — the sense of identity and community in the neighborhood is strong.

“Our first day, we got a note and an orchid from someone. They were like, ‘Thanks for being there, welcome to the neighborhood,’” says Holly. “I’ve learned from the people who were already here. The first fall that we were open was 2008: The bottom had fallen out of the housing market right around that time. It’s only the loyalty of this community that got us through that first winter.”

In the years since, Sen Yai Sen Lek has become beloved for its Thai menu: creamy, fragrant bowls of khao soi, spicy pad kee mao, and Isaan dishes like som tum (green papaya salad) served with fried pork and a mound of hot sticky rice. But even stronger than its identity as a Thai restaurant, say Holly and Joe, is its identity as a community restaurant — a place with the windows thrown open on sunny days, where neighbors gather weekly to eat.

“We might not be the best model for what a restaurant is. But it is a model that puts people first and foremost. It’s a lot of caring for one another,” says Joe. “We’ve had people whose order we’ve messed up, and they call back. If they’re in Northeast, if they’re not too far, I’ll hop in the car and take the corrected order to them. People remember that.”

That sense of care extends to the staff, too — longtime kitchen manager Somsak Chumklang, front-of-house manager Ratcha Pappenfus, and other staff are deeply embedded with the restaurant’s customers. In 2018, Holly and Joe opened Dipped & Debris, a sandwich shop serving po’ boys, hoagies, and custards, and employed a roster of local teenagers. At Sen Yai Sen Lek, they’ve cultivated a devoted crowd of regulars, many of whom call the restaurant the anchor of their Northeast Minneapolis community. It’s that same crew — plus myriad past and present employees, some of whom drove across state lines to work one last shift — that gathered at Sen Yai Sen Lek and Dipped & Debris Saturday for a final time.

Somsak Chumklang, kitchen manager at Dipped & Debris: “Last night we saw 68 orders for the khao soi. Can you believe that? … I’m very thankful for today. I love cooking, I love to serve people from my heart. My food — everyone likes it because I cook everything from my heart.”

Ian Pierce, founding general manager at Dipped & Debris: “A lot of these sound bites can sound kind of trite — it’s hard to not have it come off like that, but it’s still true. … I’ve worked for a lot of different restaurants, mostly independent restaurants, and a lot of really good people. These guys are tops, the way that they nurture that culture. The people that work here, the community, the people that have been eating here ever since the first day and are here on their last day — they feel the same sense. … And then it’s done. There’s a simple, beautiful sadness to it.”

Jasper Hatch-Surisook, owners’ son: “I’ve spoken with a lot of people in the last week who have cited Sen Yai Sen Lek as the basis of their Northeast community. That’s very unique. I don’t think you get a lot of restaurants where from the top-down everyone is as hands-on as they are here. It wouldn’t be what it is without love. It wouldn’t be what it is without Somsak, without Ian, without Al, without Miss Nuria, without Piedad — she’s been rolling po pia every morning since we opened, basically. Peeling noodles — everything is done with love.”

Nicole Pappas Stanoch, opening manager: “I answered a Craigslist ad. You know, this was 15 years ago. Craigslist ads were — less scary, or more scary? I don’t know. I came here [from New York] — I only had my MGB from 1970. I had no other car because I had no other job. I came in; the place was under construction. I met Joe, and we got along right away. … I was so excited because I was like, I just met the nicest people — everything was great. I got in my little old car and I tried to call my dad, but I threw my phone out of the car and it got driven over on Lowry Avenue. I sat there in my very old car and I was like — oh my God, I need to get another phone because they’re gonna call me and offer me this job. So I got one — and then I was with them for eight years. I explained to them what a bar business needs to look like, and they taught me to be a better person. I was there for the raising of their kids. I found my new family in Minnesota.”

Margie Siegel, regular: “In 2008 the housing market had crashed. People were losing a lot of money, if they had it to lose. It was a terrible time to be opening a new business, to be pouring money into something. But that investment in Central Avenue — that was more than we could have hoped for.”

Piedad Guiracocha, kitchen manager at Sen Yai Sen Lek: “No hay palabras para agradecerles por todo el amor que nos han brindado. Ellos son como una familia para nosotros. Los queremos mucho y siempre los vamos a tener en nuestro corazón. Sea lo que sea — agradecido.” (“Words can’t express how thankful I am for all the love they have show us. They are like family, and we’re always going to have a place for them in our hearts. The closing aside, I’m so grateful.”)

Daniel Davies, regular: “As an immigrant, seeing another immigrant share their culture with another country and another state — it’s been amazing to watch them do that. It’s been great to see — you open your heart and your life to another community, and the community has welcomed them back. That’s the amazing part for me: watching how they became a pillar in a community that has gone through a lot, in the past few years and before that.”

Saadiqa Abdullah, kitchen manager at Dipped & Debris: “We have people that have come here on some of the saddest days of their life. We’re all so kind to each other, and they can see that — they come in and share those moments with us, or come in seeking comfort.”

Kayla Kelsey, former employee: “I started food-running here in 2011. I’ve been here on and off in just about every capacity that one could be. Before that I was babysitting [Joe and Holly’s kids] Freya and Jasper. The only way I can describe this space and these people is that they are the home for my heart.” 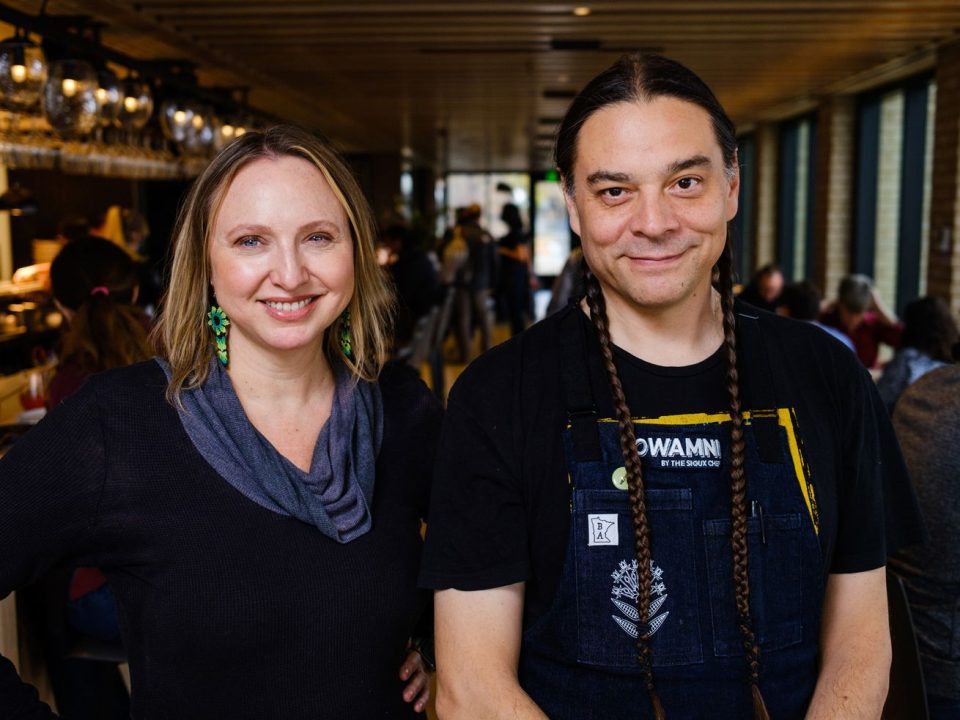 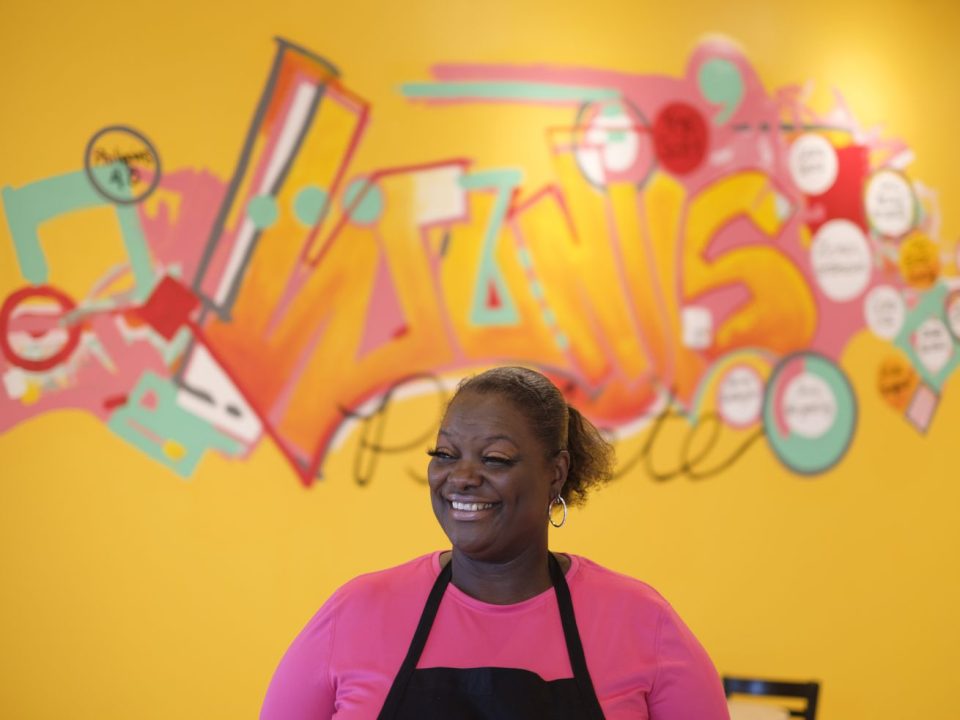 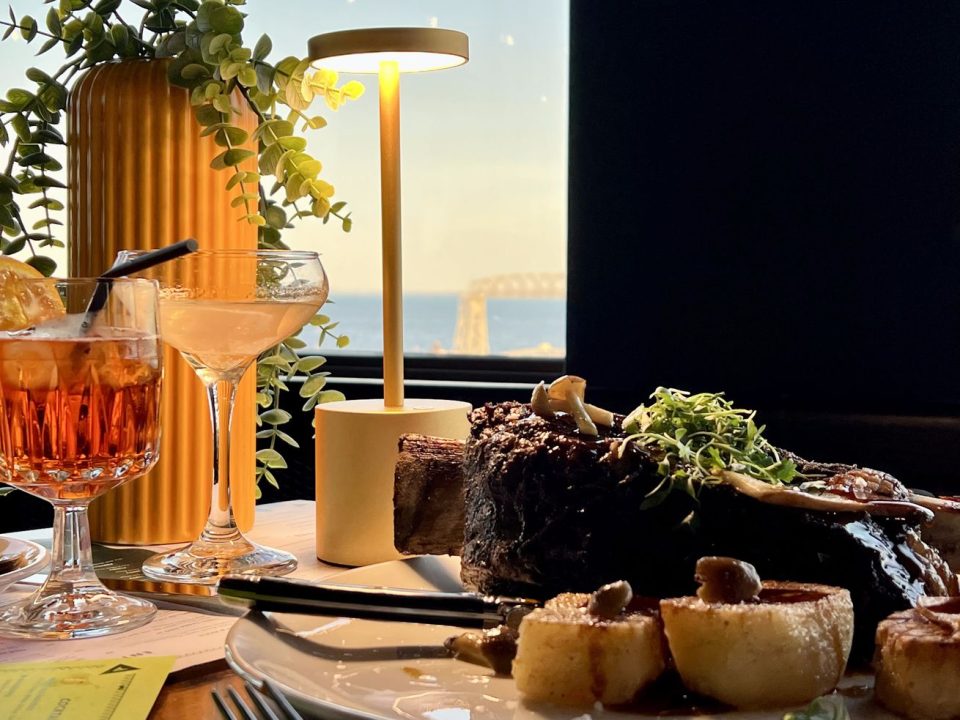